Cal State San Marcos has hired Derek E. Wilson, an alumnus and enlisted Marine veteran with a passion for helping veterans, as its next director of Veterans Services.

He will begin his tenure on Feb. 1. 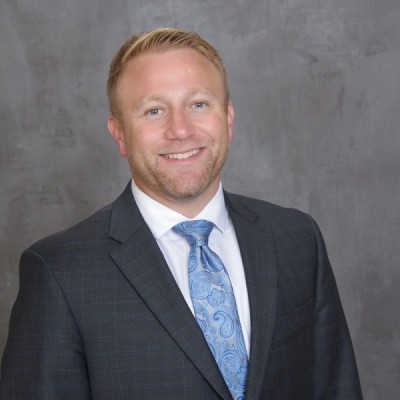 Wilson is currently completing a Doctor of Education in organizational change and leadership at the University of Southern California, with his dissertation on self-efficacy in veteran employment. An entrepreneur who’s bringing artificial intelligence-based career services to the United States, he’s collaborating with prominent universities and veteran-focused nonprofits to provide the products free to veterans.

Wilson began his career in the U.S. Marine Corps, where he gained an advanced understanding of aircraft systems through a unique assignment on a team with civilian experts. This experience helped him build a holistic knowledge of the aircraft and supporting systems, and enabled him to excel in problem-solving and technical troubleshooting later in his time with the largest aviation squadron in the Navy and Marines.

He left active duty after an honorable enlistment but soon returned to the squadron as a civilian while also earning a bachelor’s degree in business administration with a focus in finance from CSUSM. Halfway through an MBA program at USC, he joined General Atomics as a change and proposal manager, leading business capture teams in winning research and development, production, and support contracts across a broad technology portfolio.

Internally recruited to the product lines division to lead after-market modernization, R&D projects and commercialization initiatives, Wilson chartered a new department that transformed the customer interaction process. Success in this role earned him a selection into General Atomics' leadership development program, and he later assumed leadership of the business-to-business customer services department of 10 account managers and engineers.

“I’m excited to apply my experience and education to help veteran and veteran-affiliated students succeed at my alma mater,” Wilson said.