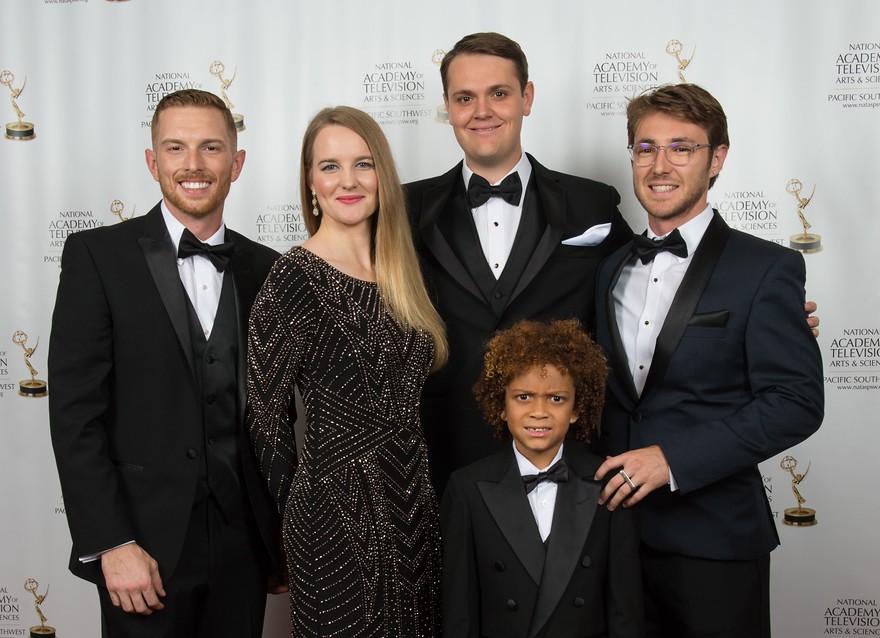 When Cal State San Marcos alumni Ryan Beaton (’17) and Kristina Kalchev (’17) made a public service announcement last winter, the possibility of winning an award wasn’t exactly on their radar.

They were simply racing to complete the project under an accelerated timeline.

Their efforts paid off over the summer when they were awarded regional Emmy awards from the Pacific Southwest Chapter of the National Academy of Television Arts & Sciences for their video about domestic violence, “Playtime.” The one-minute video also took first place at the statewide CSU Media Arts Festival in early November. Additionally, Kristina took second place in the Experimental category at the CSU Media Arts Festival for her 2½-minute film “Masks” in which she was the writer, director and actor.

“When you’re making a film, you’re not really thinking about awards,” Ryan said. “It was really surreal. It was rewarding just being nominated. Going to the ceremony, it was inspiring to be around working professionals, and to win was a great honor.” 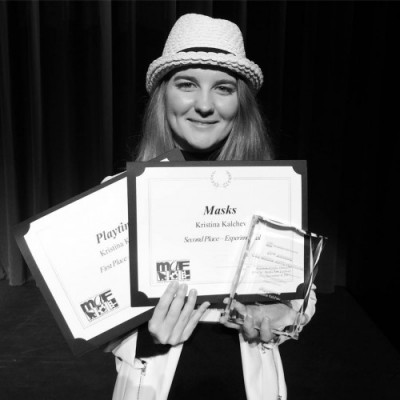 Producing a project like “Playtime” would normally take about a month, but Kristina and Ryan had just a couple of weeks.

After deciding to focus on domestic violence for their PSA, Kristina and Ryan worked on refining the script. They shot the footage for “Playtime” in a day and then edited and scored it over the ensuing two weeks, completing it in time to submit for the regional Emmys.

“Kristina and Ryan are two outstanding examples of what our students can do,” said Kristine Diekman, a CSUSM Arts and Technology professor. “They were two leaders in our program. I’m going to miss them, but our students go on to do really great things.”

Kristina and Ryan graduated in May from CSUSM’s Arts and Technology program in the School of Arts. Both were quick to credit the program and their professors for helping them achieve success.

Kristina, who plans to attend graduate school next fall, said CSUSM’s well-rounded approach to the Arts and Technology program was a key to preparing them for life beyond college.

Kristina said CSUSM’s low student-to-professor ratio also was an asset, providing more freedom and allowing her to maximize use of top-notch equipment and facilities.

Kristina and Ryan both said their video internship in CSUSM’s Office of Communications provided invaluable real-world experience, and they each highlighted the impact of their CSUSM professors, including Diekman, Jonathan Berman, Tony Allard, William Bradbury and Nancy diBenedetto, among others.

“They all want to see us succeed,” Ryan said. “It’s kind of our own little community.”

Said Kristina: “Access to professors is limited at a lot of schools, but not at CSUSM. There’s something real and authentic about the relationships you build with faculty here.”