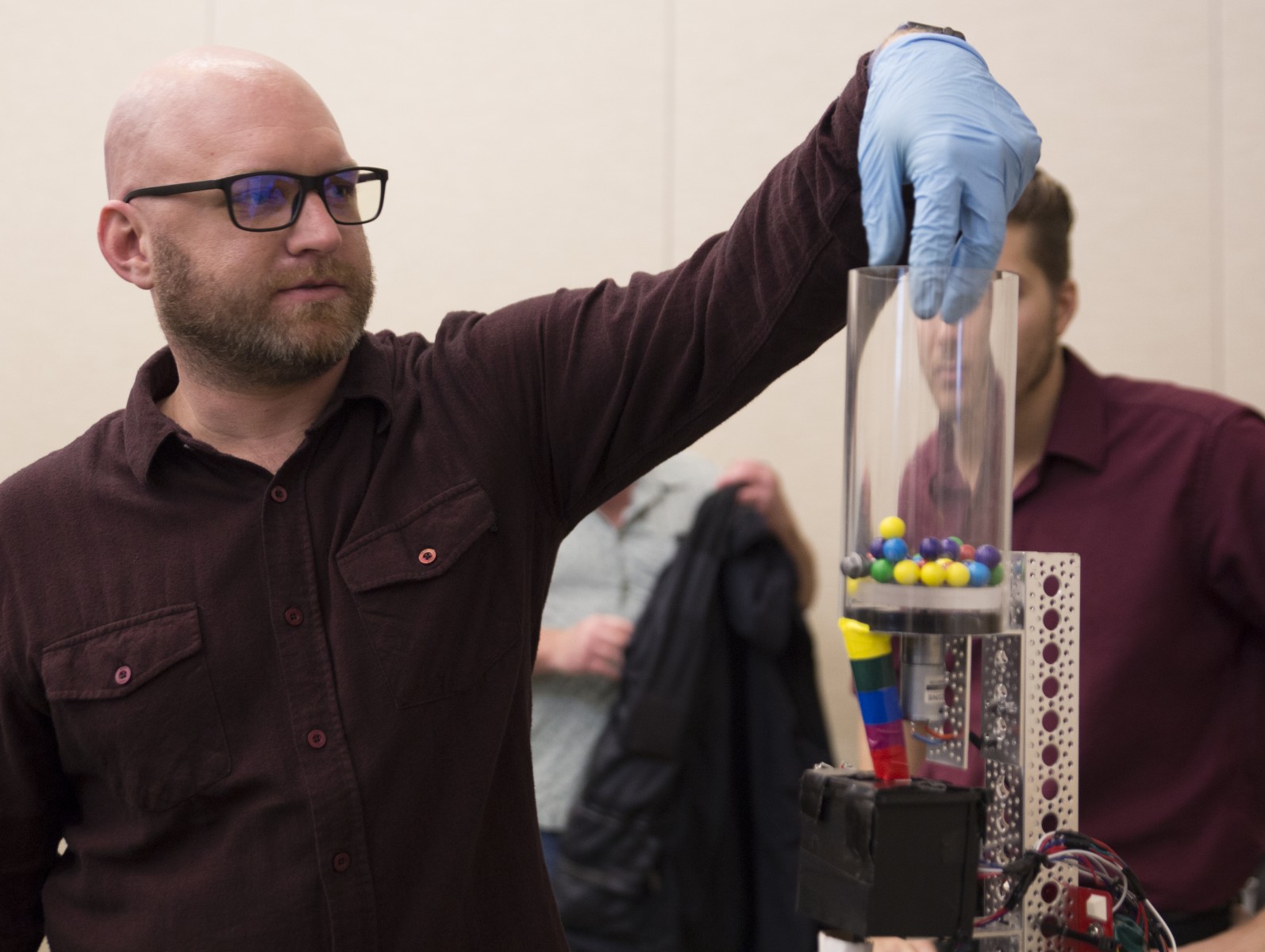 Cal State San Marcos may still be in the process of starting its engineering program, but its students have long been showing how their physics and computer science learning translates at the University’s annual Robot Expo.

The latest installment was held Dec. 15 on campus, providing teams of physics and computer science students an opportunity to showcase projects in which they designed and programmed a microsystem.

“It’s fun for the students and they love the hands on stuff,” said David Schaafsma, a physics lecturer who teaches a Physics 402 course that provides an introduction to the design and use of digital computer interfaces.

Tyler Jarrett and Christopher Pearson were among the students who presented projects to local industry representatives at the Robot Expo. For their project, “COLORtron, a Gumball Sorting Experience,” they designed an autonomous gumball-sorting robot capable of separating the contents of a bag of gumballs by color.

Tyler and Christopher will both graduate in the spring. Tyler expects to continue working at General Atomics, where he has been an intern for more than two years, while Christopher plans to pursue his MBA.

CSUSM students will soon have that choice with plans underway to offer new degree programs in software engineering and electrical engineering.

Drawing upon existing courses in computer science and physics and tapping into the expertise of faculty, CSUSM is designing an engineering curriculum strongly focused on practical experiences. Hands-on undergraduate research, industry internships and summer research fellowships will offer robust and relevant learning experiences for students. A notable feature of the programs will be their iterative approach, continually cycling feedback from students, faculty and industry advisors to inform program design.

The new engineering programs could debut as early as fall 2017. While much as been accomplished, university officials note that there is still much to do. Private philanthropic support and industry partnership are needed to fully launch engineering at CSUSM.