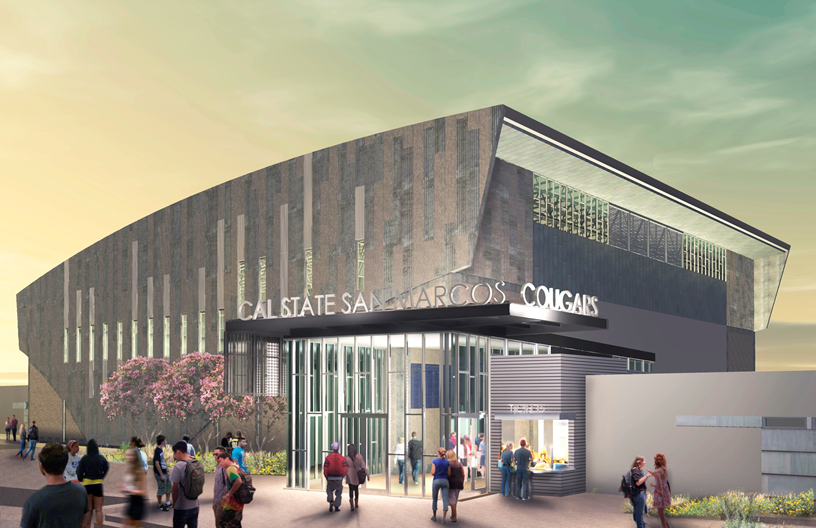 California State University San Marcos (CSUSM) will break ground on its new Sports Center, a 25,000-square-foot athletic venue on the northern edge of campus, at a special ceremony on Monday, March 23 at 1 p.m. Projected to be completed in 18 short months, the new facility will open its doors for the 2016 fall season and serve as the home for the University’s top-ranked volleyball and basketball teams.

The formal ceremony will include an address by CSUSM President Dr. Karen Haynes and Athletic Director Jennifer Milo, as well as a ceremonial “first dig” by key representatives from the campus.

“The Sports Center will not only benefit the basketball programs but the University community as a whole,” said men’s basketball head coach Jim Saia. “We will be able to embrace the region with a spirit and enthusiasm that Cal State San Marcos has yet to experience.”

CSUSM is completing its last year as an independent, non-conference institution within the NAIA. Cougar Athletics is currently in the first year of its candidacy transition to join the NCAA Division II. The process is expected to take three years to gain full membership.

What: Groundbreaking of The Sports Center at CSUSM

News media parking will be available in the Parking Structure 1.
Please contact Margaret Chantung at mchantung@csusm.edu for a parking pass.