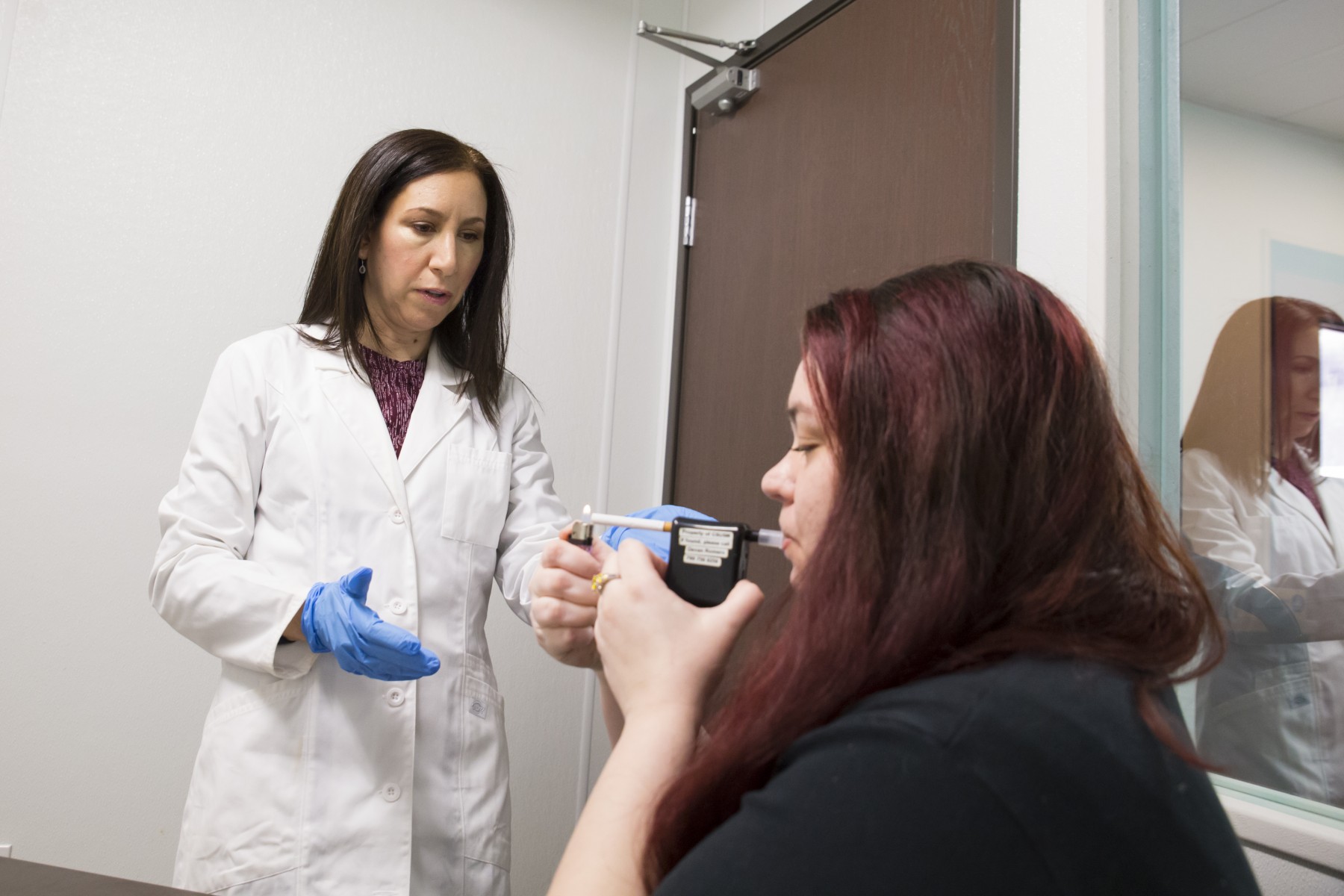 CSUSM psychology professor Kim Pulvers, pictured in a 2016 file photo, is the principal investigator for a new national study of e-cigarettes.

A Cal State San Marcos professor is one of the experts behind new national research offering significant evidence that a new type of electronic cigarette is less damaging to health than traditional cigarettes.

Dr. Kim Pulvers, a professor of psychology at CSUSM, was the principal investigator of a study published Nov. 18 in the American Medical Association journal JAMA Network Open on the world’s first randomized clinical trial of fourth-generation “pod” e-cigarettes. The research shows that, in the short term, e-cigarettes are substantially safer than combustible cigarettes.

“My hope is for this research to contribute to lessening the burden of preventable death and disease from cigarette smoking, particularly among those who experience tobacco-related health disparities,” Pulvers said.

The study was funded by the National Institutes of Health.

The clinical trial included 186 African-American and Latinx smokers, as racial and ethnic minority groups tend to experience higher rates of tobacco-related morbidity and mortality even when they smoke at the same rates as other groups. Two-thirds of the participants were provided nicotine salt pod system (pod) e-cigarettes for six weeks; the rest continued smoking regular cigarettes as usual.

Pulvers emphasized that further research is needed to establish whether smokers who switch from traditional cigarettes to e-cigarettes maintain that behavior over time, and to explore the long-term harm reduction of e-cigarettes.

Pulvers also said the study does not address smoking cessation due to the Food and Drug Administration classification of e-cigarettes as tobacco products rather than therapeutic devices.

“Our findings support using e-cigarettes as a harm reduction strategy for smokers,” she said. “Smokers who cannot or will not quit smoking would be well-served by switching to pod e-cigarettes. While our study demonstrates that pod e-cigarettes are less harmful than cigarettes, there is no safe level of tobacco use and e-cigarettes should not be used by youth or non-smokers.”