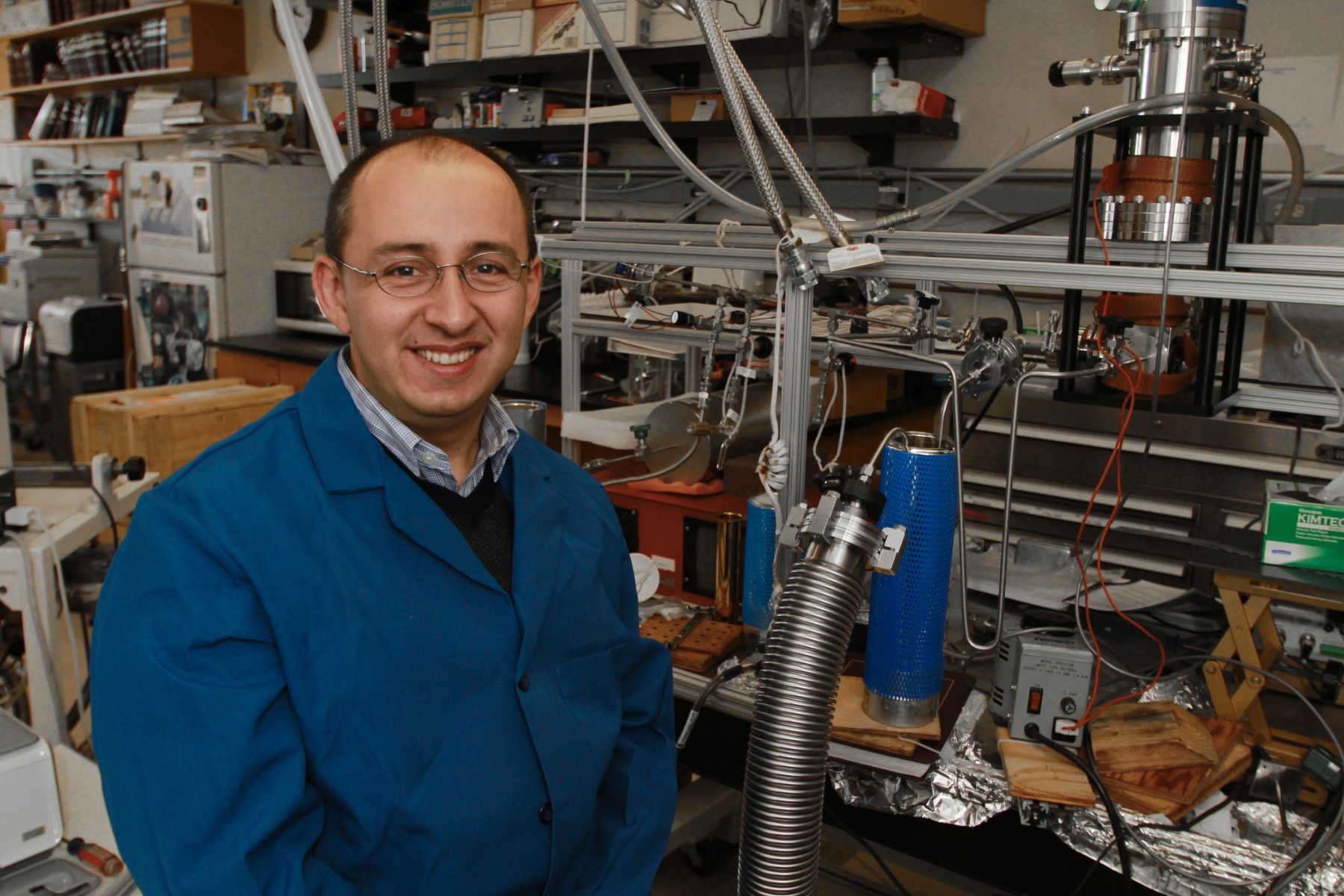 In the December 2014 issue of the journal Nature Communications, California State University San Marcos (CSUSM) Assistant Professor Gerardo Dominguez, along with a team of world-renowned researchers from the University of California, San Diego; the University of California, Berkeley; the Lawrence Berkeley National Laboratory; and Ludwig-Maximilians-Universität and Center for Nanoscience, described the successful implementation of imaging techniques that will allow scientists to identify molecules and map their locations to areas smaller than a micron. The team demonstrated the technique with natural samples, including a sample from the Murchison meteorite and a cometary dust grain (Iris) from NASA’s Stardust mission.

Previously, scientists have used techniques for analyzing the elemental and structural characterization of samples smaller than a nanometer—a billionth of a meter—but infrared spectral mapping of geochemical samples at vibrational “fingerprint” wavelengths has remained limited to spatial scales larger than ten microns—about one-fifth the diameter of a human hair. This new discovery, as illustrated in the article titled, “Nanoscale infrared spectroscopy as a non-destructive probe of extraterrestrial samples,” inaugurates a new era of infrared nano-spectroscopy related to very small extraterrestrial samples.

Dominguez is excited about the potential of these new techniques particularly for the study of lunar rocks, cometary particles, meteorites and interstellar dust, because these rare extraterrestrial materials have a molecular diversity that is difficult to determine on the nanoscale in a non-destructive manner. A better understanding of the makeup of these objects could provide clues to the formation of the planets and solar system.

“The ability to quantitatively study the distribution of molecules in primitive extraterrestrial samples with spatial resolutions that are much smaller than a micron will provide us with an unprecedented level of insight into their alteration history and evolution,” said Dominguez. “This work represents the culmination of several years of hard work by our talented research team. Together with our collaborators, we look forward to applying this technique to study other interesting and unique samples including dust from supernovae explosions and interstellar dust.”