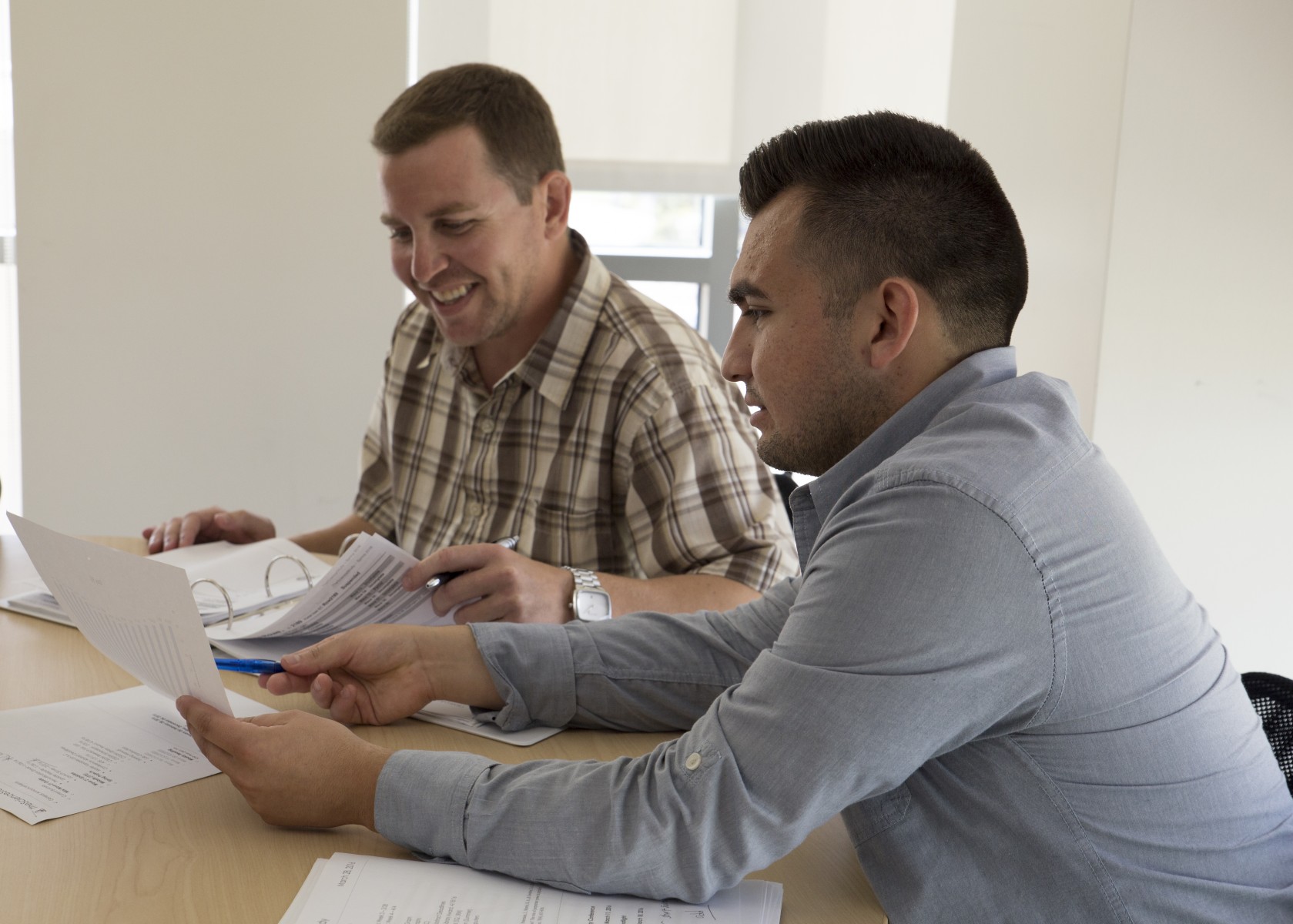 Ivan Hernandez (right), pictured in 2016, is a first-generation college graduate who's now pursuing a Ph.D. in psychology after working in the lab of psychology professor Wesley Schultz at CSUSM.

Cal State San Marcos has received a grant of almost $2 million from the National Science Foundation to conduct research that will help increase the number of students graduating with college degrees in STEM disciplines.

The grant of $1.9 million covers five years and was awarded to a group of researchers headed by Dr. Wesley Schultz, a psychology professor and the Dean of the Office of Graduate Studies and Research at CSUSM. Schultz will lead the project alongside Dr. Anna Woodcock, research faculty in the CSUSM psychology department, and Dr. Paul Hernandez, a professor at Texas A&M University and a CSUSM alumnus.

Schultz and his team will aim to answer the question of how the development of an identity as a scientist affects a student’s persistence and success within a STEM discipline, and how that identity aligns with the student’s other identities.

“Say you’re a Hispanic student at Cal State San Marcos and you’re interested in engineering,” Schultz said. “But there’s a stereotype that says engineers are white. How does the student reconcile that? Is it even important that they reconcile it? We don’t know. I suspect it’s critically important to see that the groups you’re a member of and the activities you’re engaging in are aligned with each other. Those are the things that we’re measuring.”

The project, which starts Sept. 1, will be supported by the NSF’s Education and Human Resources Core Research program, which emphasizes fundamental STEM education research that generates foundational knowledge in the field. And it will build on two years of background work, funded by the NSF’s EAGER (Early-concept Grants for Exploratory Research) program, in which Schultz’s team collected data from about 300 students on three CSU campuses: CSUSM, Long Beach and Northridge.

The grant is the continuation of research that Schultz has been conducting with Woodcock and Hernandez for more than a decade.

“This research should have a profound impact on understanding how Hispanic STEM students balance their emerging identities as scientists or engineers with their ethnic identity, and what academic experiences can help foster identity balance,” Woodcock said.

The University enrolls more than 16,000 students. With approximately 2,000 employees, the institution is a Great College to Work For® (The Chronicle of Higher Education). As a recipient of the annual HEED Award since 2014 — a national honor recognizing U.S. colleges and universities that demonstrate an outstanding commitment to diversity and inclusion — CSUSM is committed to creating a diverse and inclusive environment.