On the Right Course: Classes Offer Something for Everyone 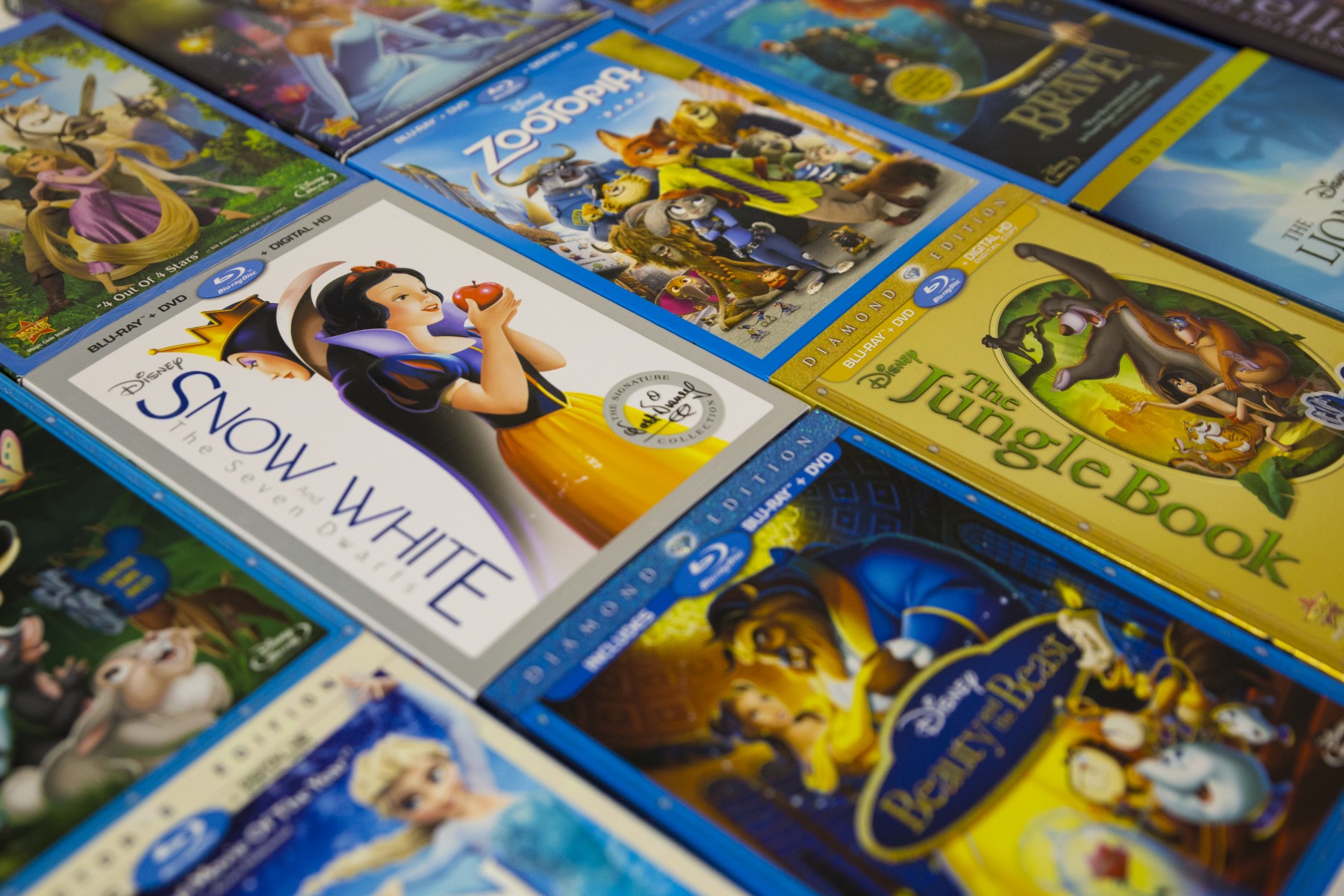 A Look at Disney
A new course at CSUSM is taking a hard look at Disney's famed movies and their deep, and sometimes subtle, reflections of culture.
Summary

CSUSM offers a plethora of interesting fall courses, from examining the messaging and stereotypes in Disney culture to service learning in chemistry to the power of video games, there's something for everyone.

Linda Pershing has long been aware of the influence that the Disney culture has on consumers.

Pershing, a professor of folklore and cultural studies at Cal State San Marcos, grew up in the Los Angeles area going to Disneyland and watching Disney films and the Sunday evening TV show. 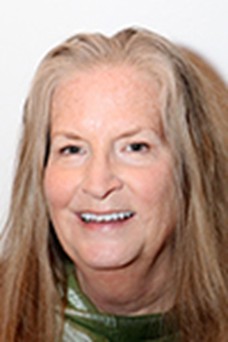 But as Pershing began studying film and media as a university student, she started to observe aspects of Disney culture that she hadn’t necessarily noticed before.

“For example, the primitive portrayals of black, African ‘natives’ and headhunters in the Jungle River ride at Disney Parks and the ever-present ‘someday my prince will come’ princess narrative in many of the films,” Pershing said.

“As I began to see the world in a more sophisticated and analytical way, I started rethinking the messaging and commercialization of all things Disney. I have training and years of teaching experience in women’s and gender studies, race and ethnic studies, and the study of popular culture. These have come together for me in ways that encourage me to ask questions about cultural images and the ways in which they communicate messages and meaning.”

Those questions led Pershing to develop a course at CSUSM that asks students to step back from their love of Disney and examine the images, messaging, cultural assumptions, stereotypes and marketing in Disney culture.

Pershing first taught the course, titled “Disney Animated Films: A Small World After All,” in 2011 as a women’s studies course. She has taught it as a general education humanities course for the past three years.

The course moves chronologically and by themes. It includes more than 20 Disney films, starting with 1937’s “Snow White and the Seven Dwarfs” all the way through this year’s “Zootopia.” Students watch the films, read a series of scholarly articles and then discuss new ways to interpret and analyze the movies.

Pershing said similar to the popular “Harry Potter: Culture and Folklore in J.K. Rowling’s Magical World” course that she has taught, she created the Disney course because so many students have grown up with Disney as a significant part of their childhood.

“Often, Disney is also an important part of their cultural experience,” she said. “Students tell me that they celebrate important family events such as birthdays, honeymoons and family reunions at the Disney parks and have watched Disney films and visited the theme parks from the time they were toddlers.

“Parents in my courses mention how they often draw on their own fond memories of and delight in Disney by introducing their own children to Disney films, parks and merchandise. Because students are so deeply immersed in all things Disney, it makes it a fascinating and thought-provoking topic for cultural analysis.”

Pershing said the reactions from students vary widely when watching Disney films with a critical eye. She said it’s difficult for some to think critically about Disney because of strong, positive memories in their own life experiences with Disney culture. Some are simply hoping to watch and celebrate the “magic” of Disney films without much analysis. And others, Pershing said, are open to asking more probing questions and seeing the movies in new ways.

“One of the projects for the course involves using the ideas in our course material to analyze what they see when they visit Disneyland or a Disney store during the semester,” Pershing said. “It’s energizing and exciting to watch students grow and develop their analytical skills as they progress through the course.”

Pershing hopes students walk away from the course with the knowledge that people are deeply shaped and affected by the culture around them, including Disney.

“I want them to learn how to take a step back from their fond feelings about Disney while asking some probing questions — as if they had never experienced Disney before the course,” she said. “I hope they’ll learn how to examine assumptions, ask about the effects of commercial success and corporate profits, and become critical consumers of media and culture, including Disney.”

Pershing said this course is the most difficult one she has taught because of the pull that Disney has on so many people.

“It’s hard for many students to think analytically about a subject, and life experience, most people cherish and adore,” she said. “I hope students can use the skills they develop in the course to ask important questions about other aspects of popular culture and the resulting impact on our ways of thinking and seeing the world.”

Chemistry in the Community

Jackie Trischman’s “Chemistry in the Community” course has been offered at CSUSM since 1998 and still remains popular almost 20 years later.

“Service learning was just beginning on our campus when I proposed the course in 1997 and began teaching it in 1998,” said Trischman, a professor of chemistry and biochemistry. “I had just participated in an American Chemical Society program called Project Inclusion that discussed the importance of reaching out to K-12 students with activities to which they could relate. So that was the focus of the course. We tested water samples, reached out to teachers to help with chemical concepts in local elementary and middle schools and participated in large-scale outreach events.”

The course was offered once per year when Trischman first started teaching it, but has since expanded to being offered every semester.

Trischman said they began developing science badge work for Girl Scouts about 12 years ago and have expanded to include Boy Scouts and general K-12 students. There is typically a theme and Trischman said the theme of this fall’s ChemExpo is “Solving Mysteries Through Science.” It will include activities such as fingerprint analysis, DNA testing in which students extract DNA and chromatography to analyze inks.

“But, of course, we also have our tried and true experiments like dancing raisins and Mentos and Diet Coke,” she added.

Trischman said feedback from students who take the course is overwhelmingly positive. Most return to help with outreach activities throughout their time at CSUSM, she said.

“My hope is that the course rekindles their passion for science and makes it easy for them to envision doing outreach in their future,” she said. 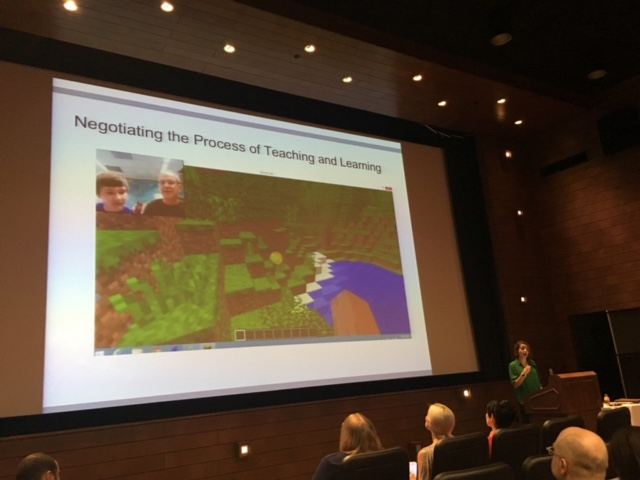 Sinem Siyahhan, an assistant professor in the School of Education, is teaching a course that might immediately pique the interest of anyone who grew up playing Super Mario Bros. or Call of Duty.

Titled “Video Games, Literacy, and Learning,” the course is an extension of Siyahhan’s research and interest in video games and learning.

Siyahhan has taught similar courses at other universities.

“Over the years, I have accumulated a lot of experiences designing video games, implementing them in various educational settings and studying how people interact with them,” she said.

Siyahhan said the online course is for anyone interested in learning about video games. It is a graduate level course, but Siyahhan said undergraduates are also welcome.

Students play video games as part of the course and also design a game to better understand the affordances of video games and the processes of creating a game, according to Siyahhan.

On the Right Course: Classes Offer Something for Everyone