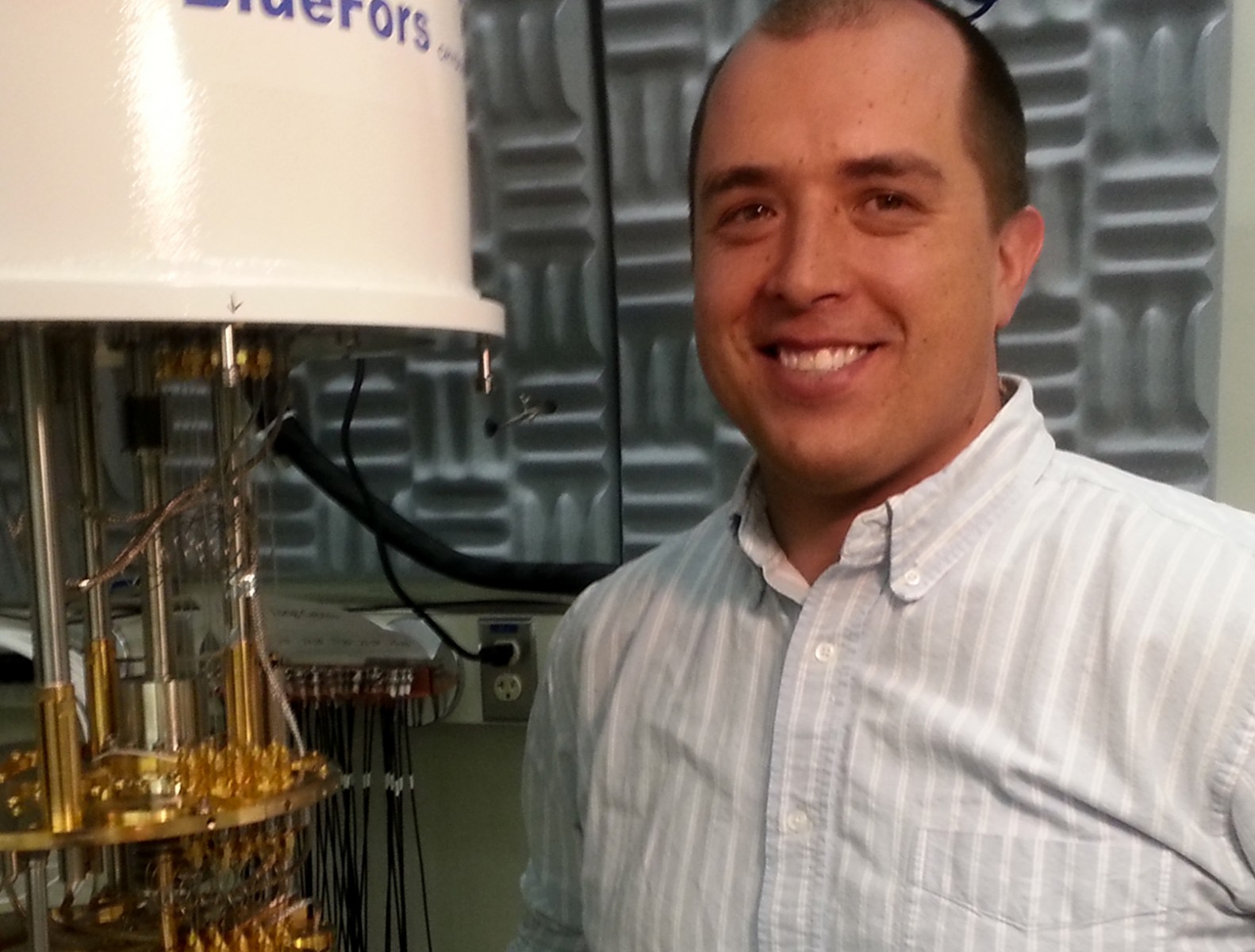 Despite his best efforts, Justin Perron still hasn’t quite fully immersed himself in the Southern California lifestyle after growing up in Canada and spending his college years in the Northeast.

He’s got the surfboard. He just hasn’t had an opportunity to use it.

“I promised myself if we were moving out to Southern California that I’d do it,” said Perron, an assistant professor of physics in CSUSM’s College of Science and Mathematics. “And I’m halfway there. I have the surfboard, but I haven’t tried it.”

Michael Burin, the physics department chair, has offered to help Perron in his quest to ride Southern California’s waves after a lifetime spent playing hockey.

It’s understandable that they’ve had trouble scheduling time in the water. Perron, who just began his second academic year at CSUSM, has been keeping plenty busy with his teaching and research.

Perron came to CSUSM after doing his post-doctorate work at the National Institute of Standards and Technology (NIST) in Gaithersburg, Md., just outside of Washington, D.C.

While working toward his Ph.D. at the University of Buffalo, Perron’s interest was in teaching undergraduate physics and having the opportunity to work with students. But Perron enjoyed the research he was doing at NIST and wanted to continue it after his time there.

CSUSM is providing the best of both worlds – a chance to teach and do research.

“This was an ideal job for both,” he said. “I get to run my own lab, I get to teach courses at an undergraduate level. This is what I was looking for. And San Diego’s a great place.

“Surprisingly, I do miss the snow. My wife is from western New York and my family is in southern Ontario. We’re going to go for Christmas this year and I’m sure we’ll be reminded of the snow at some point and it will be like, ‘OK, let’s go back to the beach.’ ”

“Typically, when you think of electricity and conduction, you have a wire, and electrons flow,” he said. “Normally, even physicists, when you’re thinking about it in that sense, you’re thinking about it like you think about water flowing, a continuous liquid. Water is made of hydrogen and oxygen, but you never actually think about a molecule moving. It’s just fluid water. But when you make an extremely small conductor you actually have to start thinking, ‘There’s only about 50 atoms or so across it,’ and you have to start worrying about the individual electrons. The picture of the ‘electric fluid’ breaks down.

“We can make devices so small that individual electrons have a serious effect on how they work. You can actually design them in a way – they’re called quantum dots – where we can make these really small devices, connect them to our wires and make it so we can count how many electrons we put in a single spot.”

One area of Perron’s research involves taking a quantum dot, removing the electrons, adding a single electron and examining the quantum mechanics.

“It actually has a lot of practical applications for a variety of different fields,” he said. “It’s basically making really small semi-conductors and trying to play with their electrons.”

Perron submitted three grant proposals during the summer, including one that was submitted as the fall semester started. He has one piece of research equipment on the way and two of the proposals were for additional equipment.

“When you’re making measurements at single-electron levels, when things are warm they move and vibrate,” he said. “When those things are all moving around and shaking, it really hinders what you’re trying to do with those electrons. If you can cool it, all those vibrations calm down and stop and you can really look at just your electrons.”

One of the grants that Perron applied for is for a dilution refrigerator, which can cool samples to 10 mK (or -273.14 degrees Celsius) just above absolute zero where thermal vibrations are almost completely gone.

He likely won’t hear about the two equipment proposals until the spring and the other proposal will require further submissions should it pass the first inspection.

But Perron will remain busy in the meantime.

The equipment that he already has secured is expected to arrive later this fall. He is teaching two lecture courses this semester to allow more time to set up his lab so that he can hit the ground running once the equipment arrives. He also serves as the faculty adviser for the Society of Physics Students.

And he is also hoping to add hockey back to the mix this fall.

Perron played hockey for three years at State University of New York-Oswego while working toward his bachelor’s in physics and applied mathematics. He also played in a men’s league while doing his post-doctorate work at NIST.

After not playing during his first year at CSUSM, he’s ready to lace up the skates again.

“It’s hard going from playing six days a week for three hours a day to once a week for 12 weeks a year,” Perron said. “You realize how old you’ve gotten – no hands, no lungs, no legs. I’m sure I’ll hate myself after the first few times, but it will be fun.”