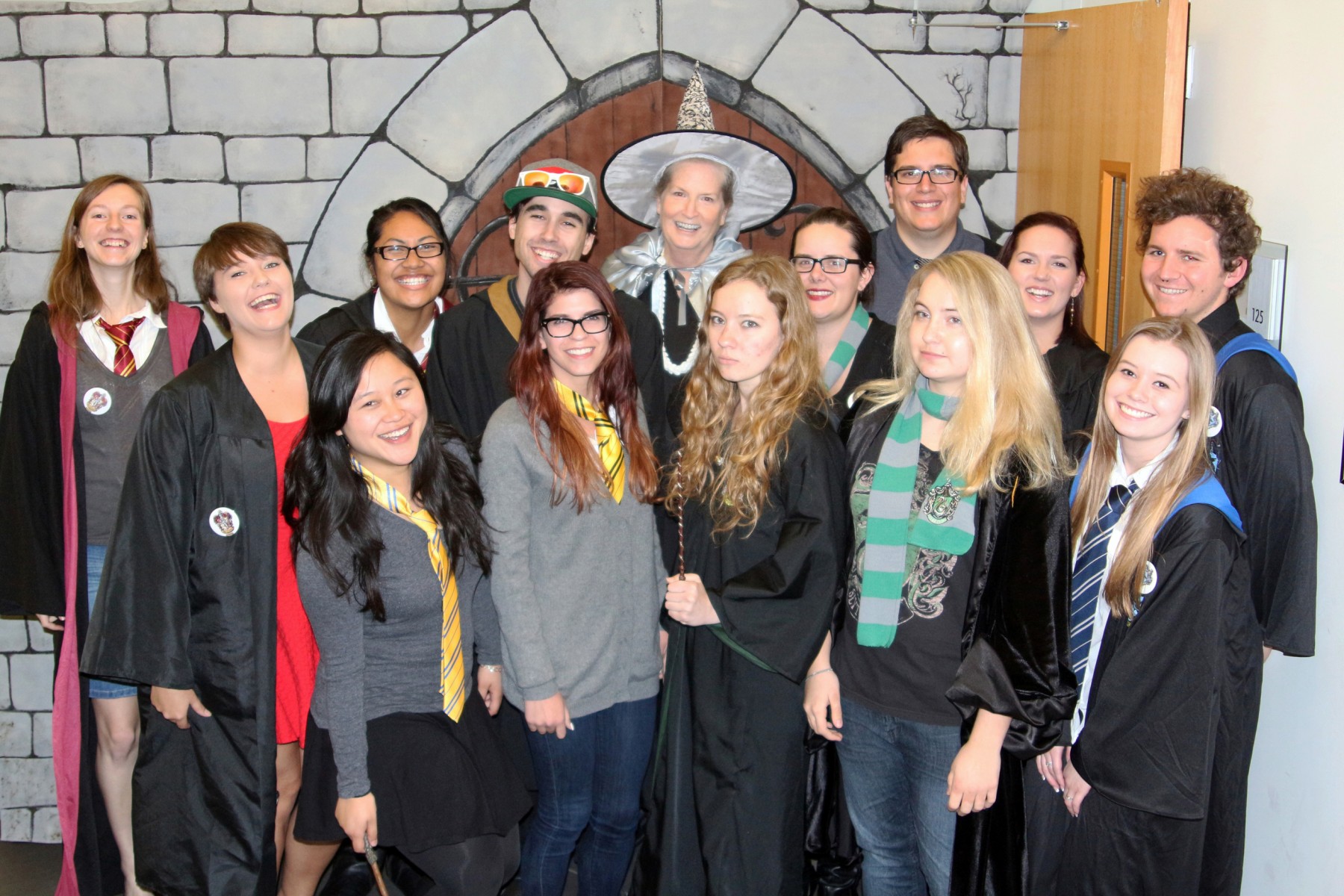 Diagon Alley, the Hogwarts School of Witchcraft and Wizardry, and Platform 9 ¾ are among the myriad stops along a three-week, Harry Potter study abroad program in Great Britain being organized by California State University San Marcos (CSUSM) for next June.

Well, sort of. While the names of the locations may be fictional, students on the trip will see nearly every site that inspired novelist J.K. Rowling or was used to film the scenes in the Harry Potter series.

“This is a wonderful opportunity for our students,” said Professor Linda Pershing, who will be leading the course.

Pershing currently teaches a hugely popular CSUSM class entitled, Interdisciplinary Studies 370: Harry Potter: Culture and Folklore in J.K. Rowling’s Magical World, in which students learn to read Rowling’s fantasy series with a critical eye, discussing cultural issues from the realm of Harry Potter, such as the roles of social institutions, love and death, class and race issues and politics. More than 400 million copies of Harry Potter books have been sold, marking them as the best-selling series in history and leading to the highest-grossing film series ever.

Enthusiasm among CSUSM students is swelling.

“It will allow me to look at the books from a different perspective,” said sophomore Angelina Vasquez, a psychology major who has already registered for the course.

Among the stops along the British Culture & Harry Potter Study Abroad Program are Scotland Yard (the inspiration for the Ministry of Magic), King’s Cross Station (the location of Platform 9 ¾ where students from the novels depart on the Hogwarts Express), and Borough Market (where filmmakers shot scenes of the Leaky Cauldron Inn). Also on the tour are Gloucester Cathedral (a stand-in for the Hogwarts School of Witchcraft and Wizardry in the first two films) and the Australia House (aka Gringotts Wizarding Bank), along with a ride through the Scottish Highlands on the Jacobite steam train used for the Hogwarts Express in the movies.

The trip, though, will not be all fun and games.

“Students will identify and critically analyze one significant way in which culture and location in Great Britain shaped the Harry Potter series,” notes an itinerary. “For example, these might include how systems of social stratification such as economic class or ancestry (e.g., British upper classes and a focus on `blood’ lineage) in Great Britain are represented in the books and films, or how J.K. Rowling utilizes prominent landmarks and historic sites in Great Britain to create a cultural setting for the novels.”

gryffindorprefects.jpeg
Prefects in the fall 2014 classroom: left to right: Vivian Nguyen (Head Girl), Rebecca Sparacio, Matt Koteras (Head Boy), Hector Torres, Brandi Hietala (Head Girl), and Karina Silva.
Sorting Ceremony
Following a tradition described in the Harry Potter novels, students are “sorted” by an animated Sorting Hat into one of four different “Houses” at our classroom version of Hogwarts School of Witchcraft and Wizardry. The Houses are Gryffindor, Hufflepuff, Ravenclaw, and Slytherin. Prof. Linda Pershing performs the ceremony in the first weeks of the fall 2014 course, and students soon form a bond with the other members of their Houses.

“Harry Potter has been such a big part of my life for so long and I’ve always wanted to go to England, so this is a perfect opportunity,” added Angelo Reyes, a junior studying political science who’s read every book several times over and viewed all the Harry Potter films.

Students have until Dec. 1 to register for the class, which comes at a cost of roughly $4,900, plus Extended Learning fees, and includes transportation in the United Kingdom, daily breakfast, all excursions, all hotels, Internet access and health insurance. Members of the community and other colleges may register, but CSUSM students must have a minimum GPA of 2.75 and be of good academic standing to go. The trip offers three units of credit through the CSUSM Extended Learning program.

The study abroad program evolved from a trip Pershing took to Europe two years ago that included stops in England and Scotland. The biggest challenge has been with the logistics. “We are visiting nearly all but two or three Harry Potter-related sites in Great Britain,” Pershing said. “That’s made for some complex planning.”

Further information and registration forms can be found online.