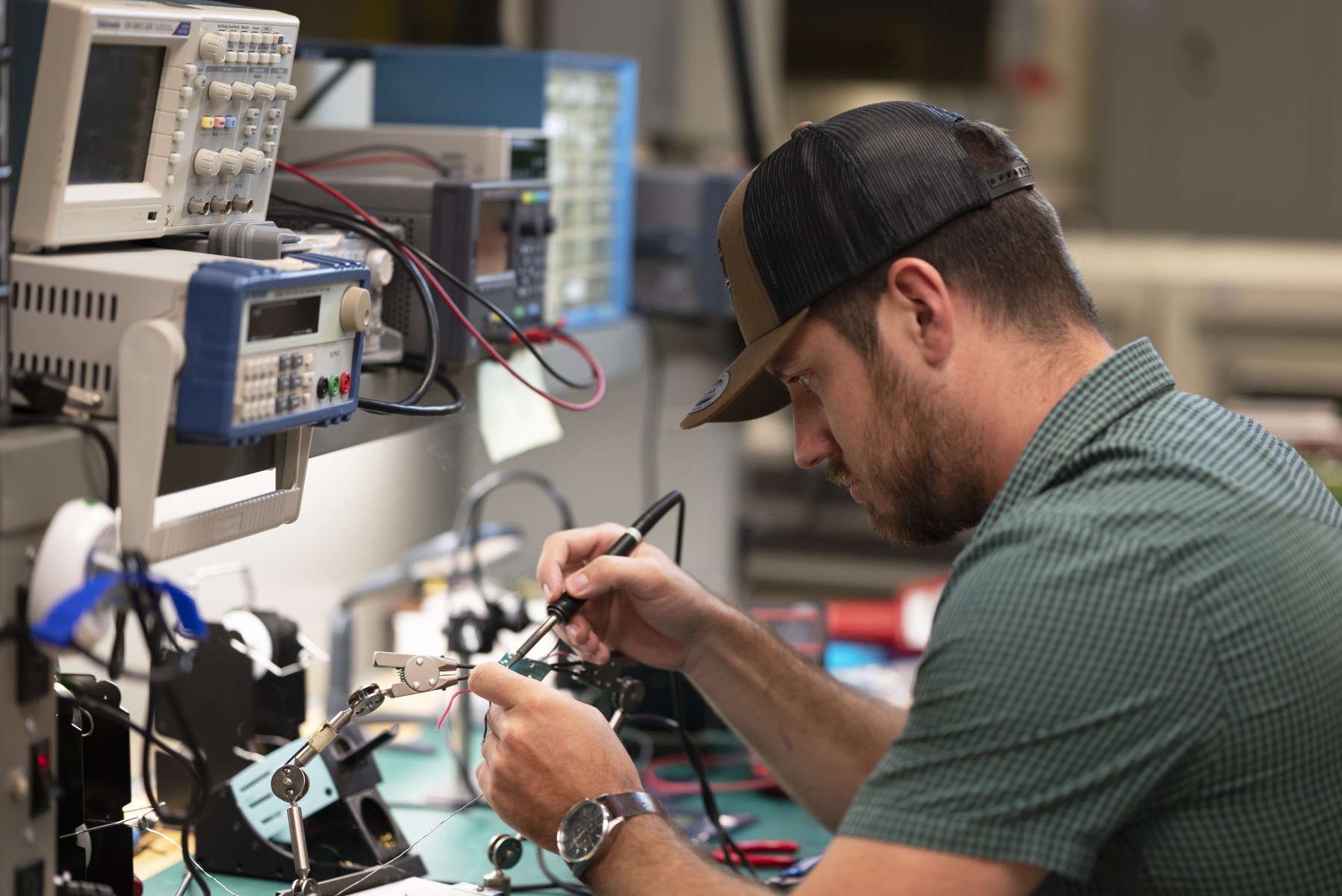 An innovative program at Cal State San Marcos that helps student veterans discover careers in sustainable energy has received a grant of $6 million from the U.S. Department of Defense.

The grant to Veterans to Energy Careers (VTEC) from the Office of Naval Research covers three years at double the amount of funding that established the program at CSUSM in 2018. The substantial increase in grant money is a reflection of the success that VTEC has enjoyed in placing student veterans into internships that lead to energy careers as well as a desire by ONR to expand the program to a wider swath of the country.

The original grant of $3 million required VTEC to place at least 30 student veterans into internships at any given time. Under the terms of the new grant, which began Aug. 1, that reach has increased to 50 internships.

Simultaneously, VTEC, which mainly has been connecting universities with sites at naval bases on the West Coast and in Hawaii, will work to broaden its reach to the Eastern seaboard. The program plans to work with campuses like Old Dominion University and George Mason University, two Virginia institutions with large populations of student veterans and close proximity to the naval base in Norfolk.

“One of the things that’s really beautiful about this grant is that we will be able to help that many more student veterans capitalize on their prior enlisted skill sets and put them to use with their academic major choice and future career,” said Dr. Paul Tontz, the principal investigator for VTEC and the director of Veteran Services at CSUSM. “Another benefit is that this funding really highlights Cal State San Marcos’ role in helping student veterans and military-connected students prepare for a life of giving back in meaningful ways.”

VTEC is an outgrowth of a similar initiative that engaged student veterans in Energy System Technology Evaluation Program (ESTEP) projects, brought to CSUSM by Patricia Reily, the former director of Veteran Services at the university. Through VTEC, student veterans receive paid internships in sustainable energy research labs while also getting professional development like practice job interviews and résumé building.

“There was a desire to bridge what veterans are doing in their academic courses with their military experience and put them on a trajectory to a career,” Tontz said. “That’s why the ONR is such a fan of this grant, because it really taps into that previous military experience.”

Since it was initiated in 2018, VTEC has placed 146 interns, and more than 99% of them were offered a job before they graduated from college. Forty of the interns are or were student veterans at CSUSM.

Before Tontz arrived at CSUSM in July, the program was supervised by Dr. Scott Gross, former interim senior administrator for Veteran Services and current associate vice president of industry partnerships.