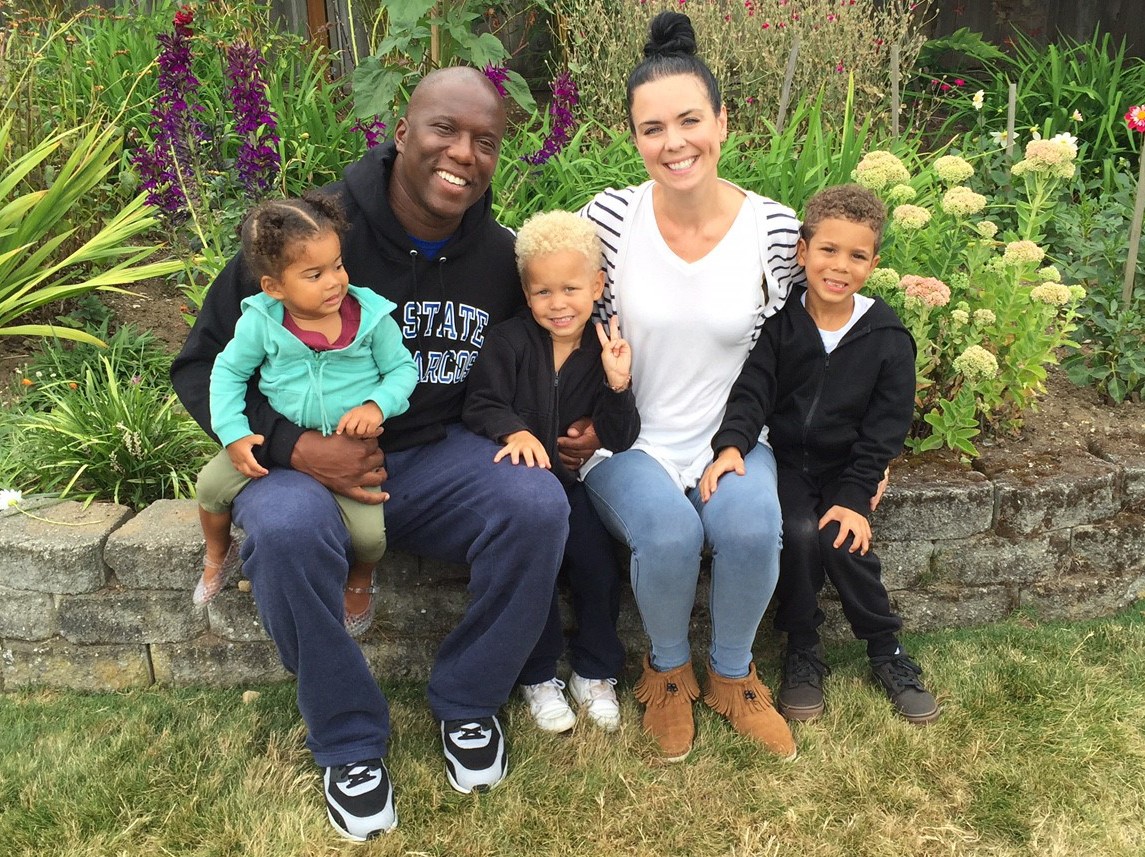 CSUSM alumnus Aaron Acosta
Aaron Acosta, with his wife Rachel and their children, will be recognized by Teach for America – San Diego’s Innovation in Education Awards on March 9 at the Central Library in Downtown San Diego. Acosta is one of three finalists for the Innovation in Diversity, Equity, & Inclusion Award.

He spent most of his childhood being shuffled from foster home to foster home in the impoverished neighborhoods of southeastern San Diego, but today Aaron Acosta is being honored as an educational innovator for his work as a science, math and Spanish teacher thanks in no small part to the support he received at Cal State San Marcos and its ACE Scholars Services program that is transforming the futures of former foster youth.

Acosta was recognized by Teach for America as the winner of the Innovation in Diversity, Equity, & Inclusion Award during San Diego’s Innovation in Education Awards on March 9 at the Central Library in Downtown San Diego.

“Mr. Acosta is a magnificent teacher,” said Fernando Hernandez, principal at Grace Perkins K-8 School in San Diego’s Barrio Logan. “He has an extraordinary ability to connect with his students. He has a deep and genuine respect for his kids, and they see that and return that respect.”

The award for Innovation in Diversity, Equity, & Inclusion recognizes inspiring educators who utilize innovative practices to address diverse student needs. Those skills come in handy at Perkins, where approximately one of three students are homeless and nearly every student is poor enough to qualify for the free or reduced lunch program. More than half of Perkins students have limited English proficiency.

“I let my kids know that I’m there for them,” said Acosta, whose parents left Cuba during the Mariel boatlift of 1980. “I want to help provide some stability in their life. After we get that understanding, then we move on with the math and science lessons.”

Acosta’s students share many of the same traits he did as a child just trying to survive while moving from foster home to foster home from age 6 to 16. But despite poor grades and behavioral problems, Acosta held on to one dream: becoming a teacher.

“As a kid, I was a kind of a knucklehead and getting in trouble a lot, but one time, I was about 9 years old and in the fourth grade, and I was helping a classmate with his math,” Acosta said. “My teacher, Miss Chase, saw what I was doing and told me I would make a really good teacher. That was the first time someone said something positive about my academics. Ever since then, I wanted to be a teacher.”

First, he had to become a good student. And that didn’t happen until he somehow graduated from Madison High School and dropped out of community college twice.

“School and I were not best friends,” said Acosta, only half joking.

His turnaround came when his best friend convinced him to attend a sermon at the Rock Church in San Diego. It was there that he became a born-again Christian and met his future wife, Rachel, a student at the University of San Diego.

“She showed me how to write, how to organize my schedule,” Acosta said. “She taught me how to study, which at that time was a foreign concept to me.”

Acosta re-enrolled at San Diego Mesa College, then transferred to CSUSM in 2008. He worked nights at a Coca-Cola packaging plant and took on student loans to pay for his tuition.

As soon as he heard about CSUSM’s ACE Scholars Services, he signed up for the program that supports former foster youth by providing a variety of personalized services including academic advising, priority class registration, workshops and counseling.

“We provide them with whatever it takes to get them through college,” said Jim Mickelson, the program’s director. And it works. ACE scholars have an 86 percent retention rate.

“ACE Scholars had a tremendous impact,” Acosta said. “I had people who believed in me, who supported what I was doing, and who gave me the confidence that I could complete my educational journey.”

Acosta graduated in 2011 and quickly found a job as a substitute teacher at Naranca Elementary School in El Cajon. His first full-time teaching job came a year later at King-Chavez Preparatory Academy, a charter school in San Diego Unified School District. Standing in his classroom before students began filing in the first day has left an indelible impression.

“It was surreal,” he said. “After all the experiences that I had been through, foster homes, homelessness, I realized that this was why I was put here. This was my calling. It was so vivid. It’s a moment I’ll never forget.”