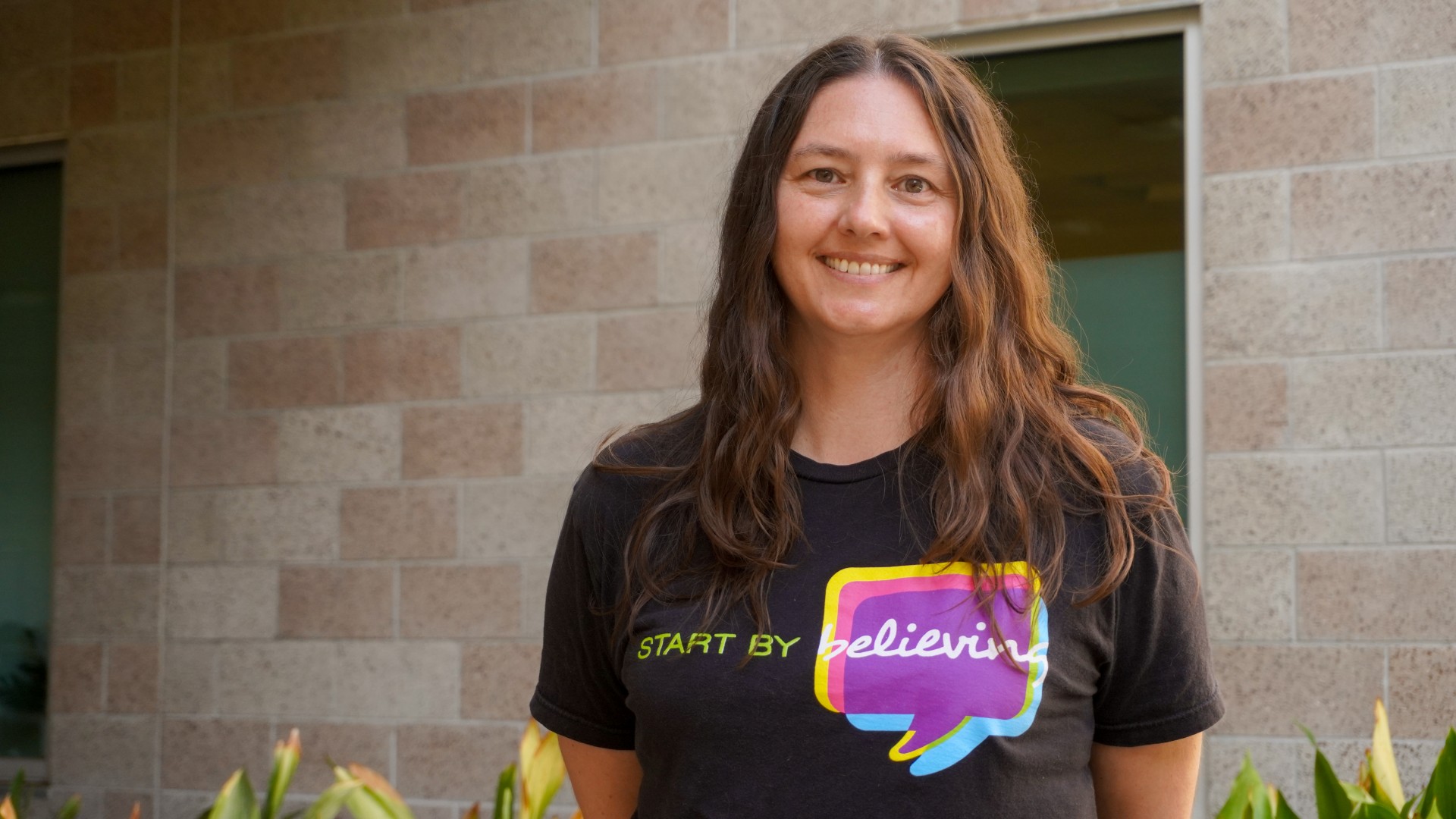 After serving the Cal State San Marcos community for seven years, sexual violence advocate and educator Christa Wencl moved on to another opportunity earlier this month. Photo by Anthony Deniet

It wasn’t the class she was most interested in at the time, but it was the one that changed her career path and led her to become a certified sexual assault advocate.

When Wencl started volunteering at a local rape crisis center and working in a domestic violence shelter, her passion for helping victims was solidified.

“This is when my passion became clear,” Wencl said. “I felt clear about wanting to decrease harm and suffering for victims. I wanted to bring them into the world and show them that they don't have to be alone.”

After serving the Cal State San Marcos community for seven years, Wencl has moved on to another opportunity earlier this month. But her legacy still lives on at CSUSM.

“It was an honor to join Christa’s team in 2020 to expand the Sexual Violence Advocacy & Education program,” said Avery Bather, a sexual violence prevention educator and advocate for Student Health and Counseling Services. “Christa has been an incredible mentor to me as a new advocate. She holds an immense amount of knowledge on the intricacies of trauma and healing, and I am a better advocate because of her.

“Everything Christa does is rooted in compassion and social justice, and she is an extraordinary role model to me and so many colleagues. I am forever grateful to have worked by her side and that she will continue serving survivors close by in her new role at One Safe Place in San Marcos.”

When Wencl stepped into her role as the first sexual violence advocate at CSUSM, she simply expected to inform and educate students on the resources available for sexual assault victims. Wencl did just that, but her role evolved over the years to best support students, which left a lasting impact on campus.

A year after Wencl started at CSUSM, she was asked by one of the students she met with regularly if there were any support groups available on campus for sexual violence. There weren’t any yet, but Wencl was eager to make her student’s ideas a reality on campus because she had previous experience facilitating support groups.

In March 2016, about seven months after arriving at CSUSM, Wencl held the first group with four students who joined.

“My first support group meeting was so magical and powerful,” Wencl said.

Wencl would start off by asking students in support groups if they were seeking something in particular from the meeting that day. If there were any specific needs, Wencl would address those first. Sometimes Wencl would have students come just to show support for others. Other times, students would lean on Wencl when there was a national conversation happening.

“There have been times when we've met twice a week because of the #MeToo Movement,” Wencl said. “So when there's a national conversation happening, people's families and friends are talking a lot about this topic. And a lot of times, people don't know they're talking to someone who has experienced sexual violence and survivors will hear things that are pretty painful.”

Wencl’s support groups helped bring an event on campus called “Survivors are Welcomed Here,” which is a panel where students can share coping strategies and learn about resources on campus. Members of the support group also suggested a survivor graduation, which Wencl made a reality.

“I think our community of survivors is so strong and so visible,” Wencl said. “The support groups helped develop the panel and the survivor graduation recognition events. The data shows that 30% of survivors will drop out of college. So the fact that we're losing a third of our survivors, they're not graduating, they're not walking across that stage makes it even more profound of why we need to talk about it and celebrate it. We need to acknowledge all the barriers and obstacles that survivors are overcoming to get that degree.

“When people come together with a shared experience that can be so silenced and tucked away in an environment where you're not questioned and people just believe you. It is so powerful.There's such power to support groups, especially the ones here.”