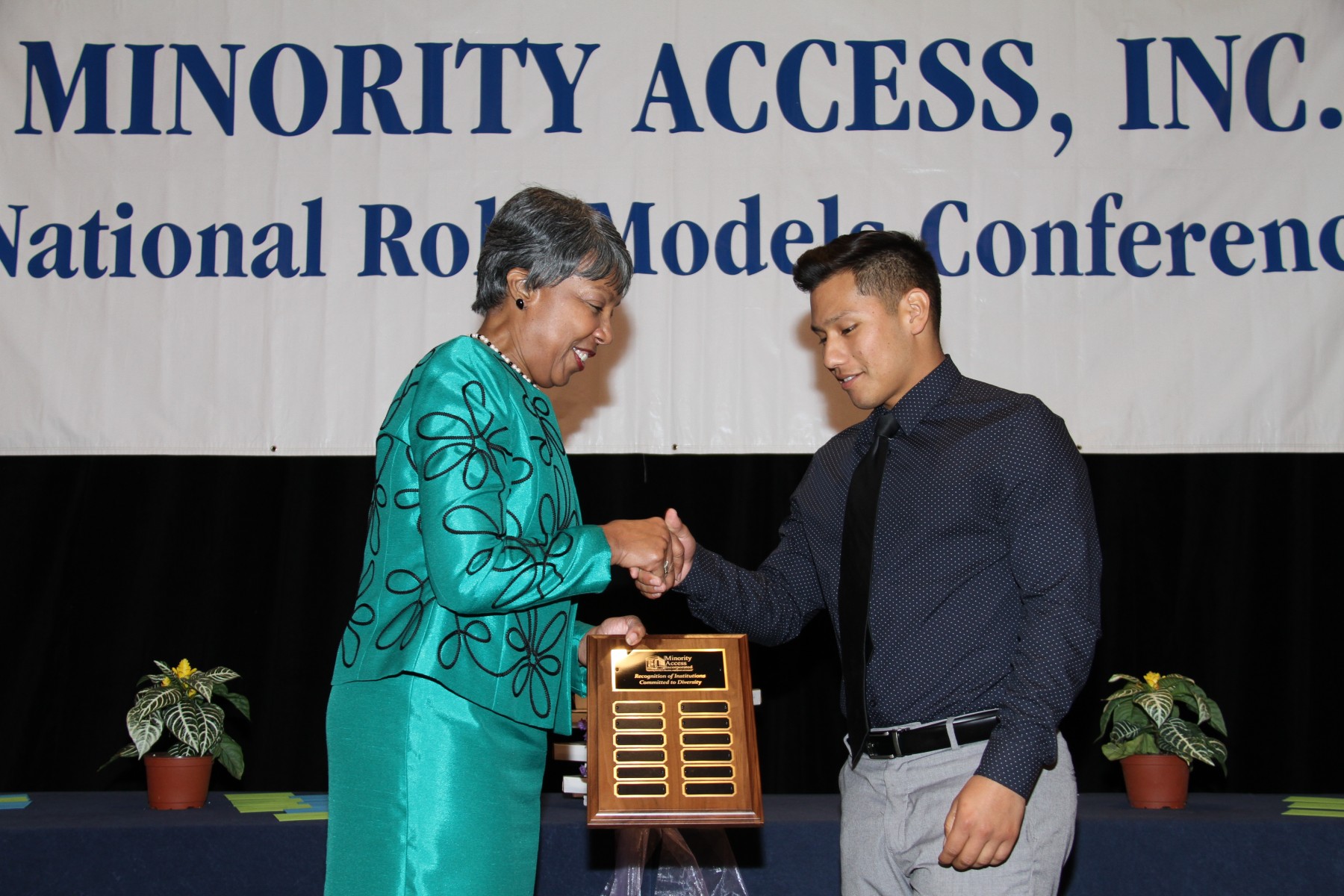 It wasn’t long ago that Anthony Rincon spent his days filling in the gaps between kicking the ball around the soccer pitch.

As a high school student at El Camino in Oceanside, Rincon’s time and thoughts focused on soccer. School was something to do between practices and games. Certainly, spending time in a science lab was one of the last things he wanted to do.

And then something changed. After graduation, he took some classes at MiraCosta College and got introduced to the wonders of chemistry. A couple of professors became mentors, he joined the Bridges to the Future program there, and he decided to continue his education at Cal State San Marcos beginning this fall.

His path continues to take him places he could never have envisioned.

Rincon was recently honored by the nonprofit Minority Access with an impressive third-place finish in a student research competition. He was selected from CSUSM’s Summer Scholars Program, which helps undergraduate students develop their research skills while working closely with a faculty mentor.

CSUSM was also honored for the third consecutive year as an institution committed to diversity by Minority Access, which serves to improve the higher educational, professional and managerial utilization of underrepresented populations.

Rincon worked closely on his research with Julie Jameson, a CSUSM associate professor of biology.

“It was my first project with her,” Rincon said. “This program gave me a foot in the door to actually do the research myself, to be able to do my own project.”

Their research centered around the function of T cells, particularly those that live on the epidermis, or top layer of skin. When introducing a certain chemical messenger called IL-18 into an invitro culture of T cells, they discovered that they produce a higher level of defense mechanisms against pathogens when one has an infection.

“Anthony came to my lab originally as a Bridges student from MiraCosta, and he immediately impressed me with his enthusiasm for learning about research,” Jameson said. “He is very motivated to get his Ph.D., and I have no doubt that he will be successful. He has been working with another student, Isaac Gonzalez, on his current project and together they discuss their results, analyze data and interpret their findings. These are all high-level skills for such a young researcher.”

“If diabetes patients have chronic non-healing wounds they are at a higher risk to get infected and can consequently have a limb amputated,” said Rincon, who is a first-generation college student. “That’s exactly what my life goal is – I want to cure a disease one day.”

Rincon was awarded a $1,000 travel stipend, which he used to travel to Maryland to present his research as part of the Office of Inclusive Excellence. While there, he got to network with a senior adviser from NASA and earned the third-place award in public health.

It has been quite a journey for someone who just a few years ago thought about soccer most of his days.

“I’m still on two soccer teams because I love it so much,” said Rincon, a biology major who wants to pursue his Ph.D. and eventually teach the next generation of STEM students. “Not only do I want to do the best for myself, I also want to impact the community around Cal State San Marcos. I’ve already started by working with young Latino men who are STEM majors but have no idea what they want to do. I want to get them interested and ask questions about a field they just don’t know about.”

That idea of paying it forward is undoubtedly in Rincon’s future. It took the right mentors at the right time to inspire him, and he plans on giving back in a similar fashion.

“Anthony is also dedicated to his family,” Jameson said. “They are his foundation and support his college aspirations. He is a role model to his siblings and even acts as a role model to young scientists on our campus who are biology majors. These are some of the reasons that Anthony has been chosen as a RISE scholar in OTRES. Anthony often tells me that his mentor at MiraCosta changed his life path, and now he will be dedicated to do the same for other young students.”