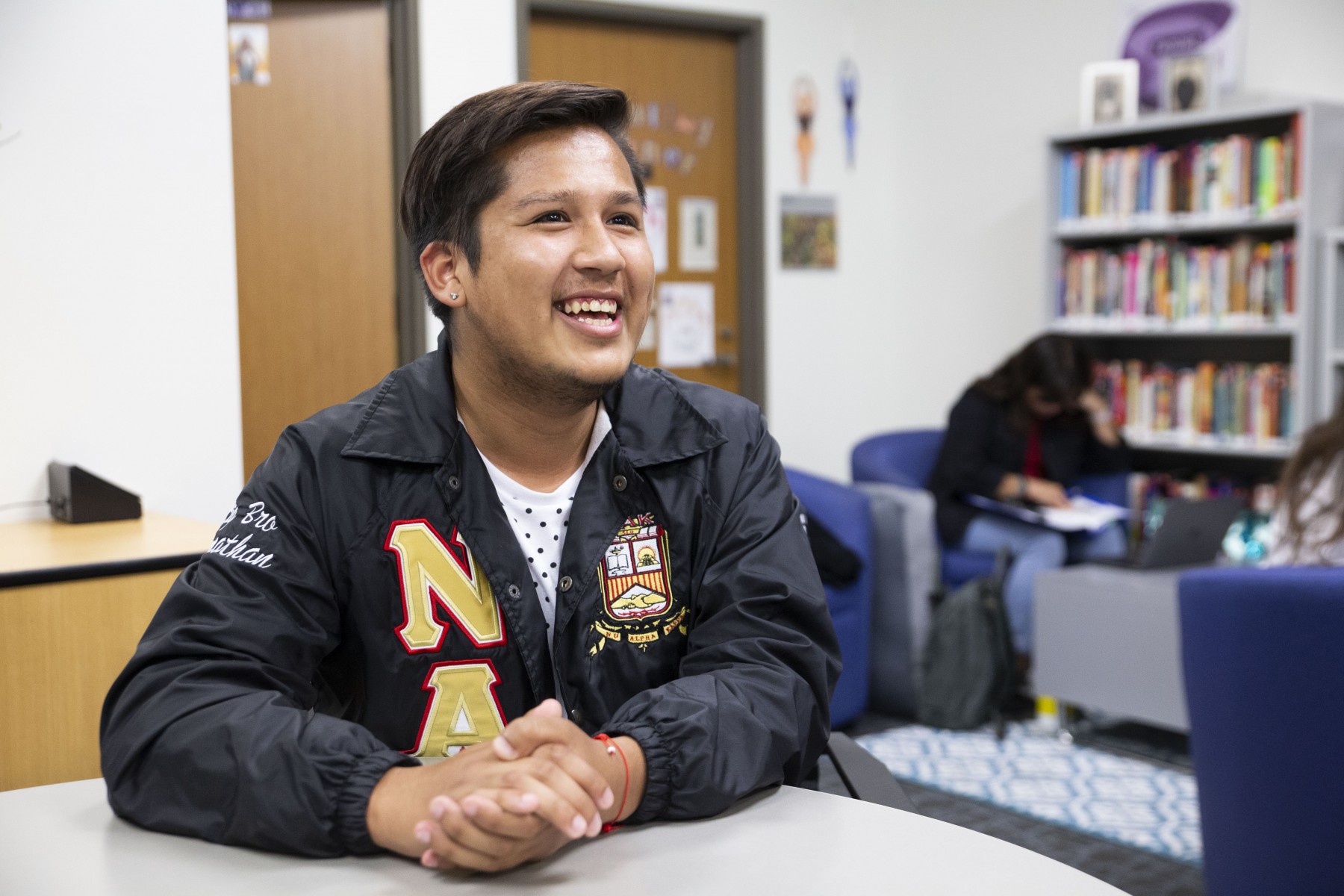 Armando Zaragoza
Cal State San Marcos psychology student Armando Zaragoza was recognized with the President’s Student Champion Award for Inclusive Excellence and Diversity. The annual award bestows the highest level of recognition to a CSUSM student for significant achievements in advancing the University’s goals in the areas of diversity, inclusive excellence, educational equity and social justice. Photo by Andrew Reed

Looking at Armando Zaragoza’s resumé, it is easy to understand his desire to become a university vice president of student affairs.

“I just love interacting with students,” said Armando, who will graduate from Cal State San Marcos in May with a bachelor’s in psychology. “In all of my roles here, I’ve been able to talk with students and really see them grow and change. Everything I’ve been involved with has kind of fallen under the realm of student affairs.”

Armando has held numerous leadership positions at CSUSM, from working as a resident adviser for three years to serving as the president of Active Minds and the Chi Chapter of Nu Alpha Kappa, among others. His work has not gone unnoticed.

Armando was recognized with the President’s Student Champion Award for Inclusive Excellence and Diversity during the All Peoples Luncheon on Thursday. The annual award bestows the highest level of recognition to a CSUSM student for significant achievements in advancing the University’s goals in the areas of diversity, inclusive excellence, educational equity and social justice.

“I am proud of his commitment to educational equity and academic success for all students,” said Allie Serrano, associate director of residential education. “I have been overwhelmed by his dedication to providing a safe and inclusive environment for his residents and fellow community members.”

Given his breadth of experience, one might assume Armando was active from his first day on campus. In reality, he wanted to leave CSUSM during his first semester. But he challenged himself to stick it out.

It wasn’t long before his resident adviser during his freshman year suggested he join Active Minds. Armando quickly became a passionate advocate for the group’s mission to empower students to speak openly about mental health in order to educate others and encourage help-seeking. Armando has helped organize numerous on-campus events related to mental health awareness, including “Stress Less Week,” which helps students learn how to manage stress; the “Yellow Pinwheel Project,” which focuses on suicide awareness and prevention; and the creation of events specifically focused on Latinx males to encourage engagement around mental health issues.

Armando is an active member of Nu Alpha Kappa and serves on the executive board of the Multicultural Greek Council. He was Nu Alpha Kappa’s academic chair last year and is now the fraternity’s president. Armando is also serving his second term as the vice president of recruitment for the Multicultural Greek Council, which includes membership from seven cultural fraternities and sororities.

“Throughout all of my interactions with Armando, he has always impressed me with his drive and ability to balance multiple commitments seemingly with ease,” said Megan Ceppi, coordinator of Fraternity & Sorority Life, noting how unusual it is for someone to hold two executive positions simultaneously. 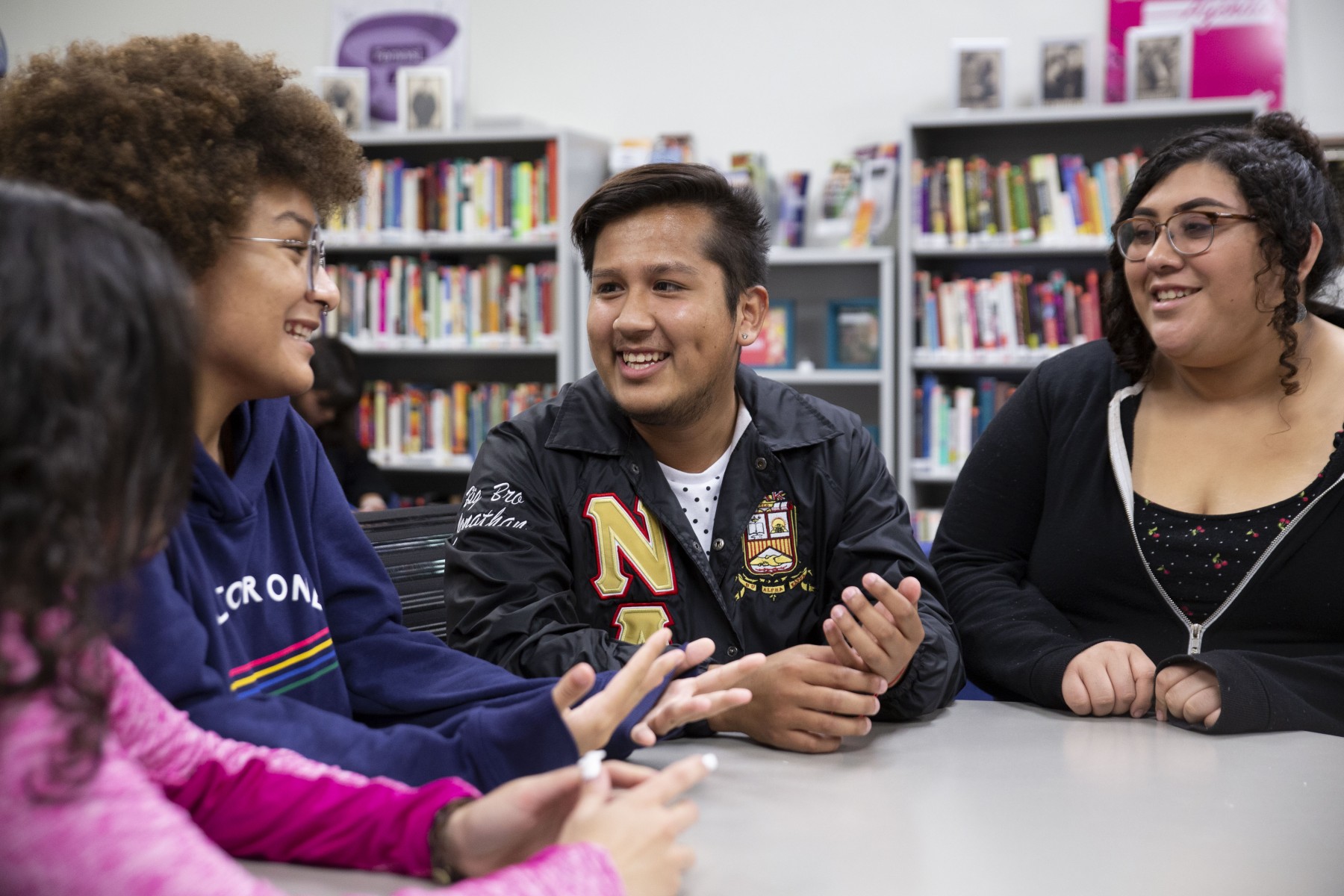 Armando Zaragoza
Cal State San Marcos psychology student Armando Zaragoza was recognized with the President’s Student Champion Award for Inclusive Excellence and Diversity. The annual award bestows the highest level of recognition to a CSUSM student for significant achievements in advancing the University’s goals in the areas of diversity, inclusive excellence, educational equity and social justice. Photo by Andrew Reed

Armando credits a long list of people at CSUSM for their positive impact on him. Ceppi encouraged him to pursue his ideas for Greek life and turn them into reality. Monzon has provided mentorship in student affairs. Serrano helped him develop as a student leader. Cheryl Berry, his adviser in Active Minds, sparked his passion for being a mental health advocate. Annie Macias, the executive director of Associated Students, Inc., encouraged him to continually challenge himself and develop as a person and a student.

“I’ve seen so many great student affairs professionals who have inspired me, so that’s one thing I wanted to do – give back that inspiration that I received,” Armando said. “Having so many great mentors within this field really prompted me to go that direction. I want to be able to offer the same knowledge, the same resources that I received to college students in the future.”

April Dawson came to Cal State San Marcos to study biotechnology. She left with a mission — and a viable method — to help feed the world. After earning a bachelor’s degree in biology from Idaho …
Read more

Last month, there was a changing of the guard atop Associated Students, Inc., at Cal State San Marcos.  Of course, the fact that the transition happened virtually because of the coronavirus …
Read more

Kiya Pasley is grateful for the support she has received during the COVID-19 pandemic – both financial and from her professors at Cal State San Marcos. In fact, Pasley may not have learned about …
Read more
NewsCenter