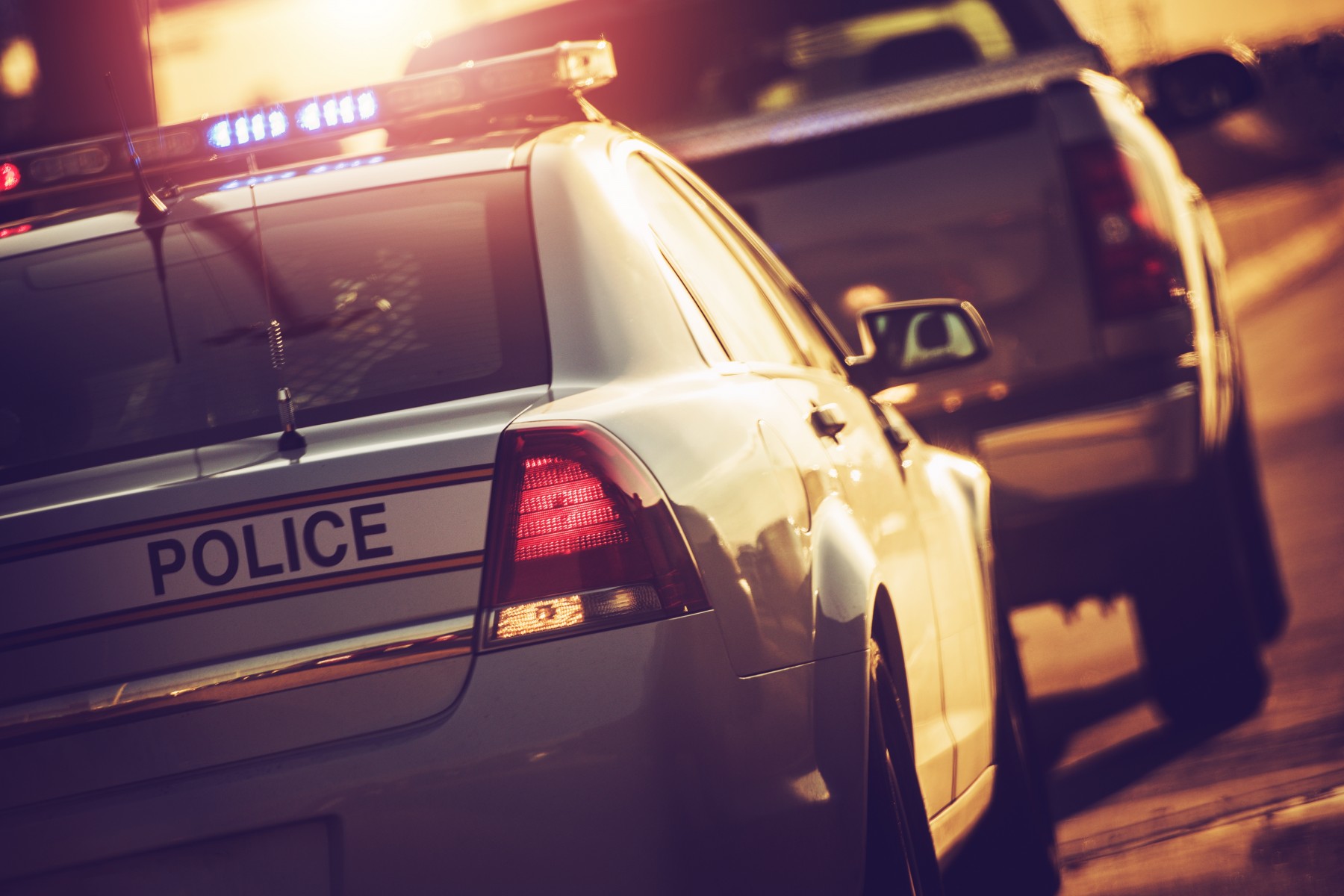 Karen Glover has been a sociology professor at Cal State San Marcos for 13 years, but perhaps never has her area of expertise been as vitally relevant to the national conversation.

Glover has spent much of her career researching and teaching about police and the criminal legal system in America, with a particular focus on racial profiling. In 2009, she wrote a book titled “Racial Profiling: Research, Racism and Resistance” in which she investigates the influence of the practice in shaping public understanding of race, law and law enforcement.

The importance of research like that, of course, took on greater urgency over the past month, as protests of police brutality and racial inequality spread like wildfire in the wake of the police killing of George Floyd in Minneapolis on Memorial Day.

The protests have died down to some extent, but the national dialogue about the proper and just role of police in our society continues.

Question: How did you first come to the subject of racial profiling, and why does it so interest you?

Karen Glover: I was beat up by the police, officially reported it with photos documenting my injuries, and was told by officials that the event did not happen. It changed my understanding of belonging and my relationship with the state. Particularly the lack of accountability, which is justice. I knew my experience with this as a white woman was an anomaly. I thought about what those experiences must do to whole communities, like our Black and Brown communities. I eventually wanted to know what creates the conditions for racialized state violence to occur – racial profiling creates the conditions. Because of racial profiling, communities of color, particularly Black communities, are disproportionately exposed to state agents who have been authorized to use lethal force. Because racial profiling is about criminalization, the threat and fear born of that criminalization facilitates force. This all is sounding kind of academic; it basically comes down to a love for the people.

Q: Can you articulate the main themes of your book? What would you want a reader to take away from it?

KG: It’s basically a two-part book. Racial profiling was a “hot” agenda item in police studies at that time. The first part of the book is a critique, as one of the reviewers stated, of the “epistemological, methodological, theoretical and substantive limitations of mainstream work…” on racial profiling. Much of the literature out there was not race conscious, even though the researchers were studying racial profiling, so it was a critique of my discipline. I tend to do that. Readers would take away that racialization and criminalization processes happen during the “production of knowledge” in part because the researchers themselves are not race conscious. Police studies, for instance, were and are largely still a white male realm. They analyze race “as a variable” without going deep, and that limits the accuracy of our knowledge about how race operates. The second half of the book analyzes interview data from people of color who experienced racial profiling with law enforcement. Readers would take away that these experiences are watershed moments in folks’ lives that dismantle one’s sense of belonging, rights and protections – nothing less. It also leads to resistance to the injustice.

Q: How do you think society has changed, if at all, in terms of racial profiling since the book came out 11 years ago?

KG: Racial profiling, in the limited sense of traffic stops as I focused on in the book, is still very much in play. Traffic stops are considered a “seizure” under constitutional protections against unwarranted searches and seizures by the state. We have much more scientific data on racialized patterns of traffic stops, which are important to focus on because they capture our everydayness and have potential to be a point that formally introduces folks to the criminal legal system. The research is pretty settled now. Blacks in particular, but people of color more generally, experience intervention by the state disproportionate to their representation in the general population. They also experience more punitive practices following the initial traffic stop. In San Diego, for instance, we have a very recent traffic stop analysis – not without its problems – that showed this trend. Unfortunately, the San Diego State researchers have just come out publicly and stated that their report on the study to the City of San Diego and the San Diego Police Department was “immediately shelved.” So we are also not only having consistent data documenting racial profiling in these intervening years, but that data is often not used as it needs to be. There is research suggesting that some research, policy and institutional public efforts to appear responsive to racial profiling only serves to legitimize law enforcement without changing actual practices.

We’ve also had a least two high-profile peaks of anti-immigrant sentiment and practice in the U.S. since the time data was collected for the book. I moved to North County in 2007 when one peak was going on, and the campaign and presidency of Trump in recent times has created more recent hostile conditions. It affects our powerful students who may be in the country without the permission of the U.S. government, and it affects their families and their communities. Law enforcement discrimination takes on another level of surveillance with the Latinx community because of the issue of documentation in addition to being Brown. This surveillance is more intense than when data for the book was gathered.

As well, the emergence of Black Lives Matter since Trayvon Martin’s death and social media have amplified awareness of police brutality in the Black community and resistance to that racialized state violence. There has been a lot of good justice work there. I teach on BLM a lot in classes, often in connection with the Black Panther Party and its origins in protecting the community from police abuses of power. When she visited CSUSM a few years back, our students were able to give Alicia Garza, one of the founders of BLM, personal letters they’d written reflecting on what BLM meant to them! It was a very powerful moment.

Q: You recently wrote a campus article about two pieces of law enforcement-related legislation that local Assemblymember Shirley Weber was integral in getting passed. Can you describe those two state laws and explain why you think they’re so important?

KG: Assembly Bill 953, the Racial and Identity Profiling Act of 2015 (known as RIPA), mandates that law enforcement agencies in California collect and report data about their contacts with community members. The data is the officer’s perception of things like race/ethnicity, gender, national origin and mental health of the community member. Law enforcement agencies are required to work with the RIPA advisory board (community advocates, law enforcement practitioners, academics) and the California Department of Justice to analyze, consult and develop policy around the data to help prevent unjust practices by law enforcement. It is called the strictest law of its kind in the country. I work it into my classes a lot.

Both are important because they are race conscious.

Q: What has been your main reaction to the protests taking place across the country, and the world, since the police killing of George Floyd?

KG: Contradicting feelings of deep pain because of the brutality and joy at the actions of the people is a main reaction. We must be witnesses to both. I think this is a huge showing of Black love.

Another main reaction is fear that this is being consumed and commodified by whites and the media. There is a sea of white faces. People are asking me: Isn’t that what we want? But I’m just putting two and two together. My sense is that the world would look different already if even a small percentage of whites out there now were acting in more racially just economic, political and social ways in their everyday lives. White folks have to do something real now – economically, politically and socially – for this to be authentic on our part. There has to be white aftermath to what is going down. It doesn’t have to be perfect, but it does have to be real and sustained.

The conditions of the last four years and COVID-19 may have helped open up this much-needed political space. I protested at the White House, left my Amadou Diallo sign at the black fence that surrounds the White House, and marched with thousands of folks. So much purpose in the air. My brilliant niece and nephew, people of color, are very involved in the protests. She is in the Oakland area and just texted me a picture of activist Angela Davis, who was standing next to her in the crowd, masked and with fist raised. He is in New York City and exhausted. I’m extremely proud of them!

While this action is necessary and generating some powerful energy and love, we have to anticipate and prepare for the pushback and backlash. It is coming.

Q: What do you think of the “defund the police” movement? If you could design your ideal law enforcement system, what would it look like?

KG: I value the urgency of the phrase. The phrase is disruptive, and folks who are already conjuring up things in their heads are scared by it. It is not a new idea – it is a critique of capitalism and the prison industrial complex. It is totally something we should do – re-envision and change the whole institution. I recently heard it described from the Critical Resistance organization that abolition is not just about tearing things down but about building other things up. A related idea is “justice reinvestment” that divests from incarcerative racial projects and invests in community building on economic, political and social levels. That is not too much to ask. Criminology research tells us that good housing; stable, meaningful and decent wages and employment; and access to quality, relevant education are three things we actually need for well-being. Folks with solid access to those few things are less likely to be incarcerated or return to incarceration. That is not too much to ask.

I sometimes ask my students to imagine a world where each country is rated for “well-being” based on the smallness of their incarcerated population. Today, the U.S. would be ranked at the bottom. My ideal law enforcement system would have a very small punitive footprint. There are alternative ways, more loving ways, to hold folks accountable for transgression. We have a lot of work to do. Of course, this law enforcement system could be born only after the current economic, political and social system gets turned on its head.