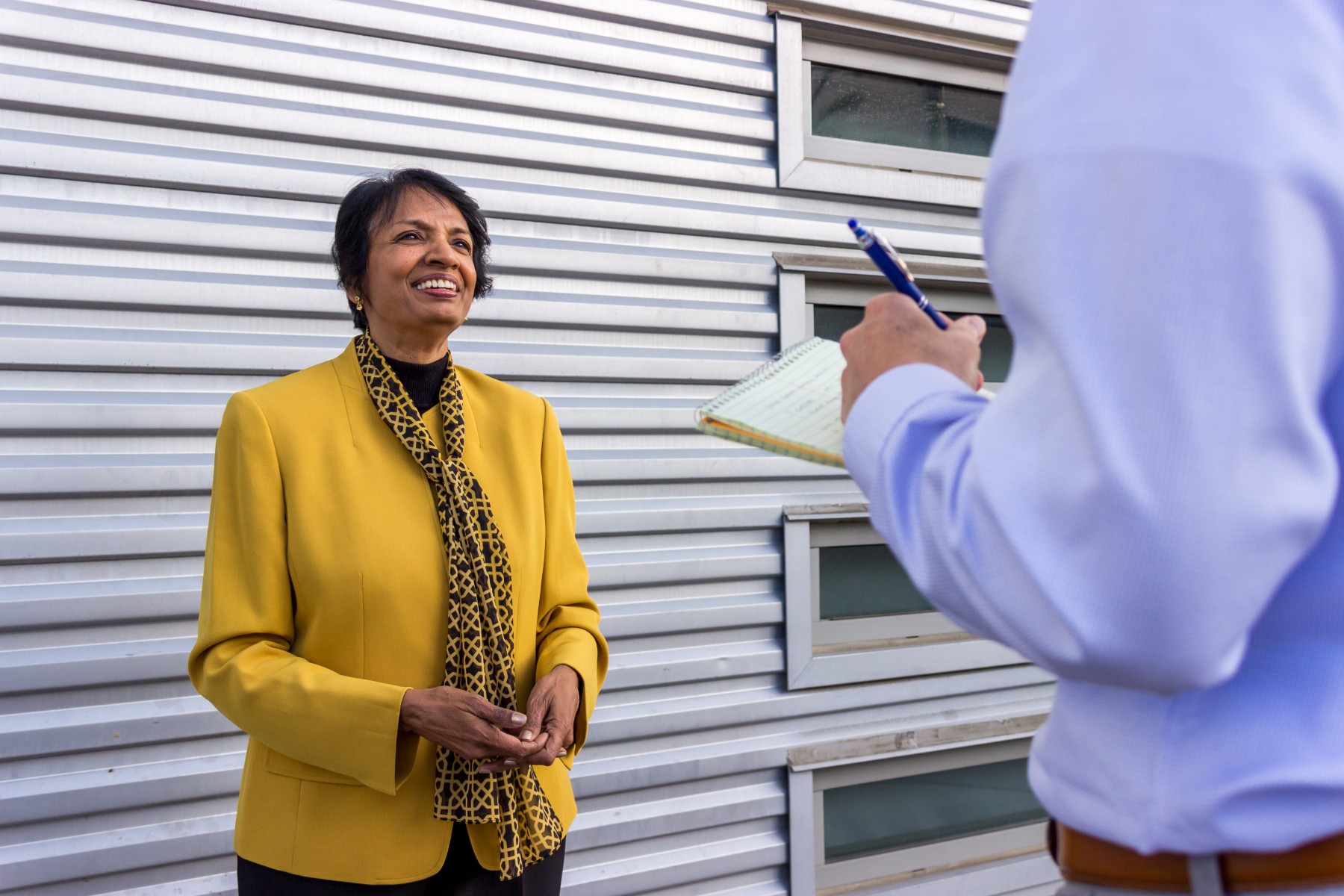 Rajnandini “Raj” Pillai is a management professor with an expertise in charismatic leadership. Photo by Steven Young

As the Democratic primary heats up, and with the 2020 presidential election around the corner in November, political candidates are being placed under the microscope from Iowa to New Hampshire to California.

Democrats want to know which candidate has the greatest capacity to marshal an army of passionate supporters and defeat President Donald Trump at the ballot box. Republicans want to know who they have to fear the most in terms of denying Trump a second term, while thousands continue to turn out at campaign-style rallies and cheer Trump’s every word.

Personality, as much as ideology, drives the decision-making of many American voters, and few understand that as well as Rajnandini “Raj” Pillai. The Cal State San Marcos management professor has been studying charismatic leadership for almost three decades, and her interest in that topic connected to presidential elections dates back to 1996, when she and some colleagues studied Bob Dole, the Republican candidate from Kansas who was widely described as charismatically challenged.

In this debut of “Ask the Expert,” a new feature in which faculty members discuss a subject of current or widespread interest, we talk to Pillai about all things charisma in politics.

Question: How do you define charisma as it relates to U.S. presidents and presidential candidates?

Answer: Charisma is kind of hard to pin down. It's almost like one of those things that you know it when you see it, but in my research, I sort of define it as a process that involves the leader and his or her personality and the relationship with the followers. There is that emotional connection that the leader forms with the followers, so much so that they are willing to go to the ends of the earth to espouse the leader's ideas and they find that person's message so compelling. It's like, “Gosh, we share the same values, and I am so inspired by what this person is saying.” And often charisma is in the eye of the beholder, which is why, especially in the context of presidential elections or politics, you see such a difference. It's almost like one side hates the person and the other side is literally willing to forgive the charismatic leader anything.

Q: Why do you think charisma is such an important quality as opposed to experience or intelligence or other traits?

A: I think it's because of the emotional connection. My wonderful late doctoral adviser James R. Meindl used to call it social contagion. You go to a political convention and your party's leader walks out and you're all casting your votes and people are excited. He talked about perceptions of charisma being spread like a disease in these sorts of environments, because people just get carried away. And I think people around the world are hopeful about change. When they're not happy with the current situation, they're always looking and investing leaders with much more power and charisma than they can really deliver. So they have an emotional connection that this person can rescue us, this person can change life for us. 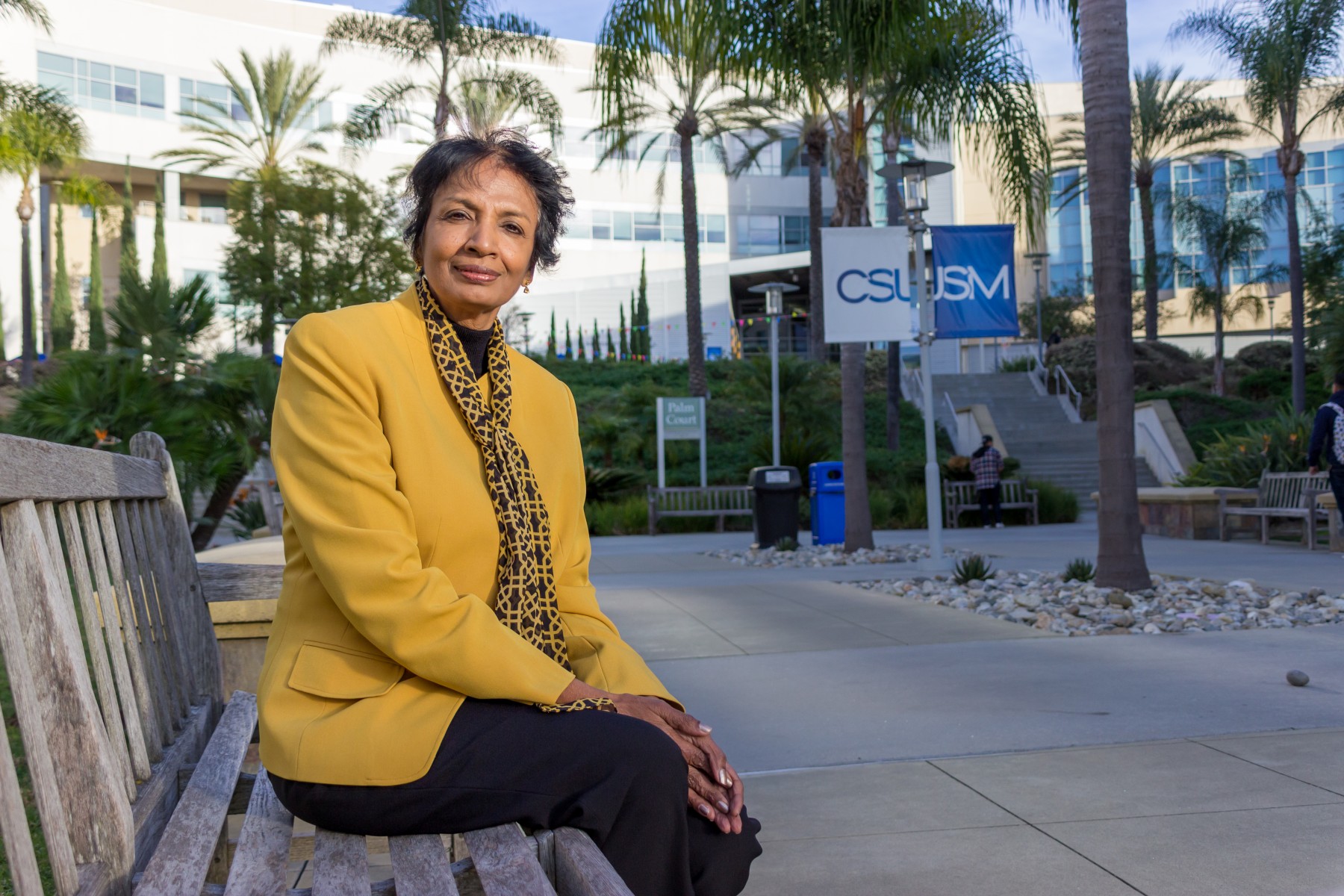 Raj Pillai has been studying charisma in presidential elections since the 1996 race between Bill Clinton and Bob Dole. Photo by Steven Young

Q: Let's get to the current political landscape. Which Democratic candidate do you think sticks out most from a personality standpoint?

A: I don't think anybody has that universal charisma Obama had that got people out in large numbers, and it was pretty evident early on in the campaign. So I don't think anyone really stands out. But I do think Bernie Sanders' supporters are very much behind him. If you were to poll them, they would probably find his ideas very charismatic, transformational. Charisma is something that can't be immediately qualified but something that just moves people and gets them behind you in large numbers, and I don't yet see that in most of the candidates.

Q: How would you assess Donald Trump in terms of charisma?

A: I think he's a classic example of charisma is in the eye of the beholder. He's got such a group of followers, and that is what scares everybody in the Republican Party because they don't want his base turning against them. But I do think he has a presence, and his followers see him as being extremely charismatic. They see him as being someone who's not cut from the same political cloth as others, which is probably one of the reasons why they voted for him.

Q: In your lifetime, which presidents do you think possessed the greatest charisma?

A: Since I've lived in the U.S., so 1989, it’s obviously Clinton and Obama. I have talked to people who have met Clinton and have clearly declared their partisan affiliations and said, “I did not want to like him.” But he made you feel important when he connected with you, as if you were the only person in the room. What is fascinating about charisma, and one of the reasons why I find it fascinating to study, is that no two people have the same type of charisma. President Obama was considered to be aloof; he was not the retail politician that Clinton was, you know, shaking everybody's hand. But his rhetoric was soaring, and he wanted to achieve big things and got the people to connect with him that way. I wasn’t around for his presidency, but President Reagan had a lot of charisma, too. Part of it came from his career as an actor, but part of it also came from the ability to communicate effectively. Inspiring words create that emotional connection.

Q: Do you think there is a risk of attaching too much importance to charisma over the substance of that person and their beliefs?

A: Yes. That is one thing that I really worry about when I watch these leaders. Someone who's very solid and checks all the right boxes ought to be the president of the country because they have the experience and they will probably know what to do when we are faced with challenging times. Sometimes followers don't even sit and think, “Sure, these ideas sound fantastic, but is the person actually going to be able to implement them?” No, they just think, “Wow, I'm inspired.” So there is a danger that style can win over substance, and it’s fueled by the force of media, both traditional and social. But unfortunately, the heart wants what it wants.

Cal State San Marcos is preparing to open a new center on campus dedicated to the practice of mindfulness.The Center for Contemplative Practices officially will launch on Thursday, Nov. 10 with an …
Read more

California’s water year begins every Oct. 1, and as this month started, the state put a distressing cap on the driest three-year period in its history.  Alarming signs of drought are everywhere, from …
Read more
NewsCenter