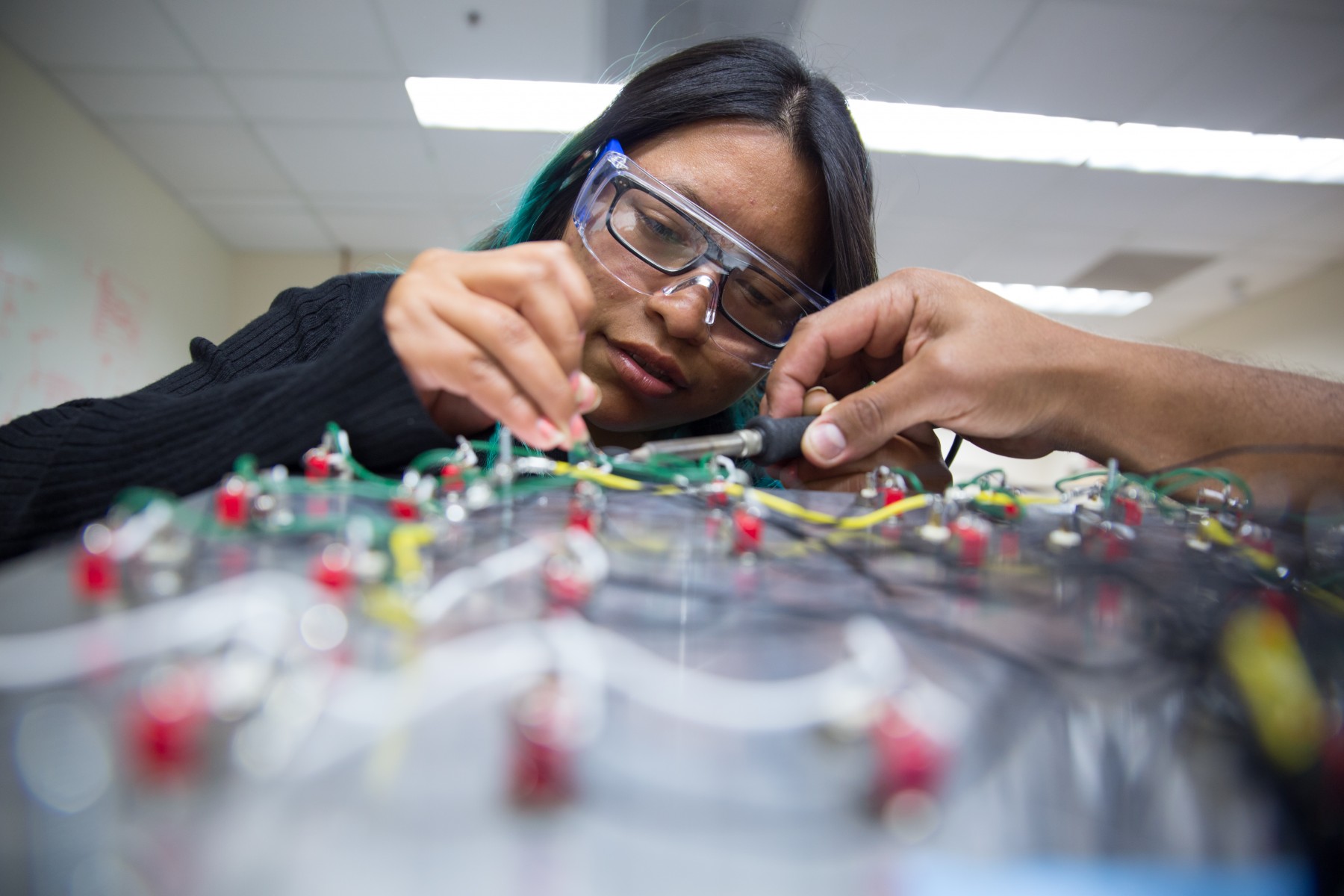 The University of Colorado-Boulder and the University of North Carolina-Chapel Hill are the other recipients. The winners will be recognized during the Education & Diversity Reception at APS’s April meeting in Washington, D.C.

“We are incredibly honored to receive this award that recognizes not only the efforts of our faculty and staff but also those of our undergraduate students, who are very much our collaborators in the learning process,” said Stephen Tsui, CSUSM’s physics department chair.

The award is part of the APS Committee on Education’s work to recognize departments for excellence in undergraduate physics education and support best practices in education at the undergraduate level.

The Department of Physics primarily taught service courses at CSUSM until fall 2007, when a bachelor’s degree in applied physics was launched. The first physics majors graduated in spring 2009.

Over the past decade, the department has enjoyed tremendous growth, with 116 declared physics majors and 20 baccalaureate graduates last spring. The department has been recognized for serving students from traditionally underrepresented minority (URM) groups, ranking sixth in the nation by the APS Education & Diversity Program in awarding URM undergraduate physics degrees.

“Our department began with only a handful of people just over a decade ago and has since grown into a robust, diverse community of scholars in which the students work alongside the faculty in their research laboratories, participate in research-based instructional activities in the classroom, and engage with the K-12 community through physics outreach,” Tsui said.