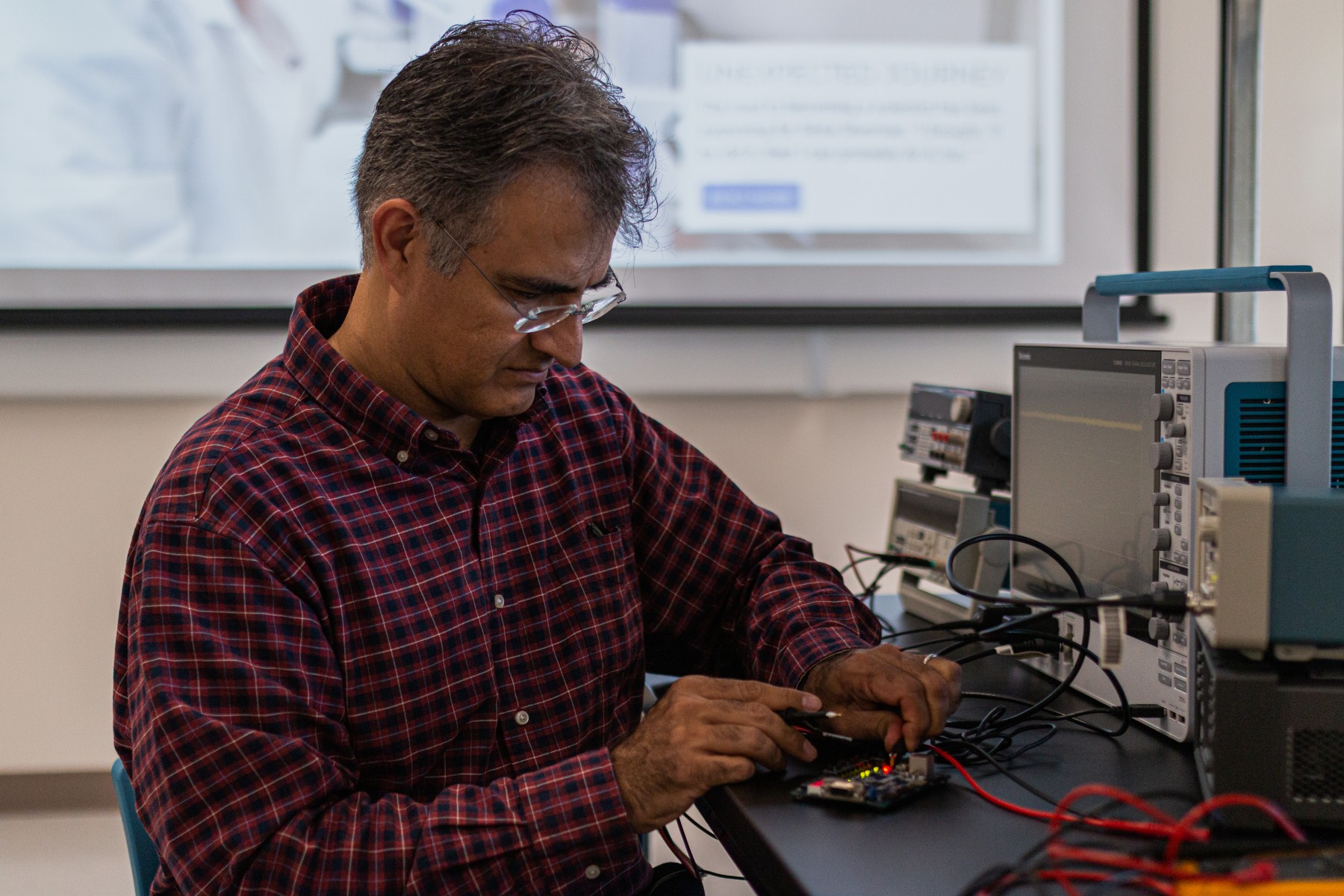 The electrical engineering program is among 17 teams from colleges and universities across the country selected to participate in the 2022 Marine Energy Collegiate Competition: Powering the Blue Economy.

The competition, which is hosted by the U.S. Department of Energy, provides college students with “real-world experience and industry connections that will help them prepare for future careers in the marine energy sector and the blue economy.”

CSUSM is partnering with New Mexico State for the competition.

In its third year, the competition will have teams create a market-research-supported business plan; develop, design and test technologies; and build and test their device to achieve energy production.

Reza Kamali, an associate professor of electrical engineering, said the competition opportunity was possible with the assistance of Hamed Nademi, a faculty member at New Mexico State who is joining CSUSM this summer.

Nademi said wave energy is the most abundant form of renewable energy with a relatively high power density and readily available along the coasts.

“In some regions, this resource is large enough to form a significant part of the energy mix,” Nademi said. “To effectively and efficiently connect any of the marine technologies to the existing electrical infrastructure, either onshore or offshore, a power conversion system needs to be developed for the proper conditioning of the wave energy to be delivered.

“Rethinking the traditional rules and methods is required for the design and assembly of a marine electrical power network that needs a novel skill set for future workforces. This is an extra benefit of bringing electrical engineering students to this DOE 2022 Marine Energy Collegiate Competition. It stimulates students to pursue further studies in any area of STEM-related disciplines while simultaneously engaging them in the design, simulation and 3D printing experiments.”

Communication professor Andrew Spieldenner was selected to the U.S. delegation to the United Nations High Level Meeting (HLM) on HIV/AIDS from June 8-10.

This is the fourth HLM meeting, which is held every five years, since the UN General Assembly adopted its Declaration of Commitment on HIV/AIDS in 2001. One of the objectives of this week’s meeting will be to review progress on commitments made at the 2016 HLM toward ending the AIDS epidemic by 2030.

Spieldenner also was recently named one of the Eastern Communication Association Teaching Fellows for 2021. The teaching fellows program recognizes a distinguished career of teaching excellence in the field of communication.

Honors for School of Education alumni

Three alumni from the School of Education were recently honored with teacher of the year awards:

The nursing program has been ranked 21st on College Values Online’s “30 Best Online RN to BSN Programs for 2021.”

A team of Cal State San Marcos faculty and staff have collaborated on an article that recently was published in the Journal of Hispanic Higher Education.  The article, titled “Examining Field Experiences of Teacher Candidates During COVID-19: …
Read more

Following more than a decade as a university-level Spanish instructor in Washington, D.C., Maribeth Bandas moved to Carlsbad, where she quickly saw an opportunity that could benefit bilingual individuals throughout her new commmunity.“We moved to …
Read more
NewsCenter