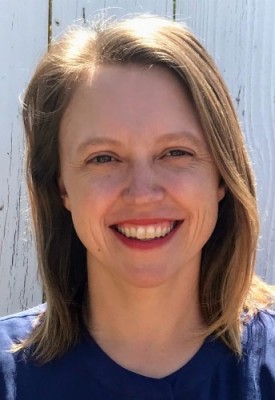 The Society for Historians of the Early American Republic (SHEAR) announced that Julia Lewandoski, a Cal State San Marcos assistant professor of history, is the recipient of the SHEAR Dissertation Prize, which is awarded to an exceptional unpublished dissertation pertaining to the history of North America from 1776-1861.

Lewandoski was honored for “Small Victories: Indigenous Proprietors Across Empires in North America, 1763-1891.”

Established in 1977, SHEAR is “an association of scholars dedicated to exploring the events and the meaning of United States history between 1776 and 1861.”

The physics department is among the recipients of INSIGHT Into Diversity’s 2020 Inspiring Programs in STEM Award, which recognizes unique and innovative efforts for improving access to science, technology, engineering, and math for underrepresented students.

Among the areas highlighted by INSIGHT Into Diversity was the department’s ranking for being sixth in the nation among undergraduate-only programs in awarding physics degrees to students from underrepresented groups.

Allochronic Cycles, by the art collective Cesar & Lois with contributions from CSUSM arts, media and design students, is on the longlist for the 2020 Lumen Prize for Artificial Intelligence. CSUSM students engaged in independent studies with professor Lucy HG Solomon, who began Cesar & Lois with Brazilian collaborator Cesar Baio, contributed to the project’s research last spring.

It’s difficult for Kasandra Balsis to count the ways that Cal State San Marcos history professor Alyssa Goldstein Sepinwall has helped her in her academic journey.When Balsis entered CSUSM’s history master’s program in the fall of 2020, the virtual …
Read more

Kim Pulvers was a doctoral student in clinical psychology at the University of Kansas in the early 2000s when she first encountered a statistic that floored her.Every year, almost half a million people die from the effects of cigarette smoking, …
Read more

It was the home that her parents had built, that she had lived in since third grade, that contained all of the countless memories she had accumulated across the decades.  When that house on Mussey Grade Road in Ramona burned down in the Cedar Fire …
Read more
NewsCenter