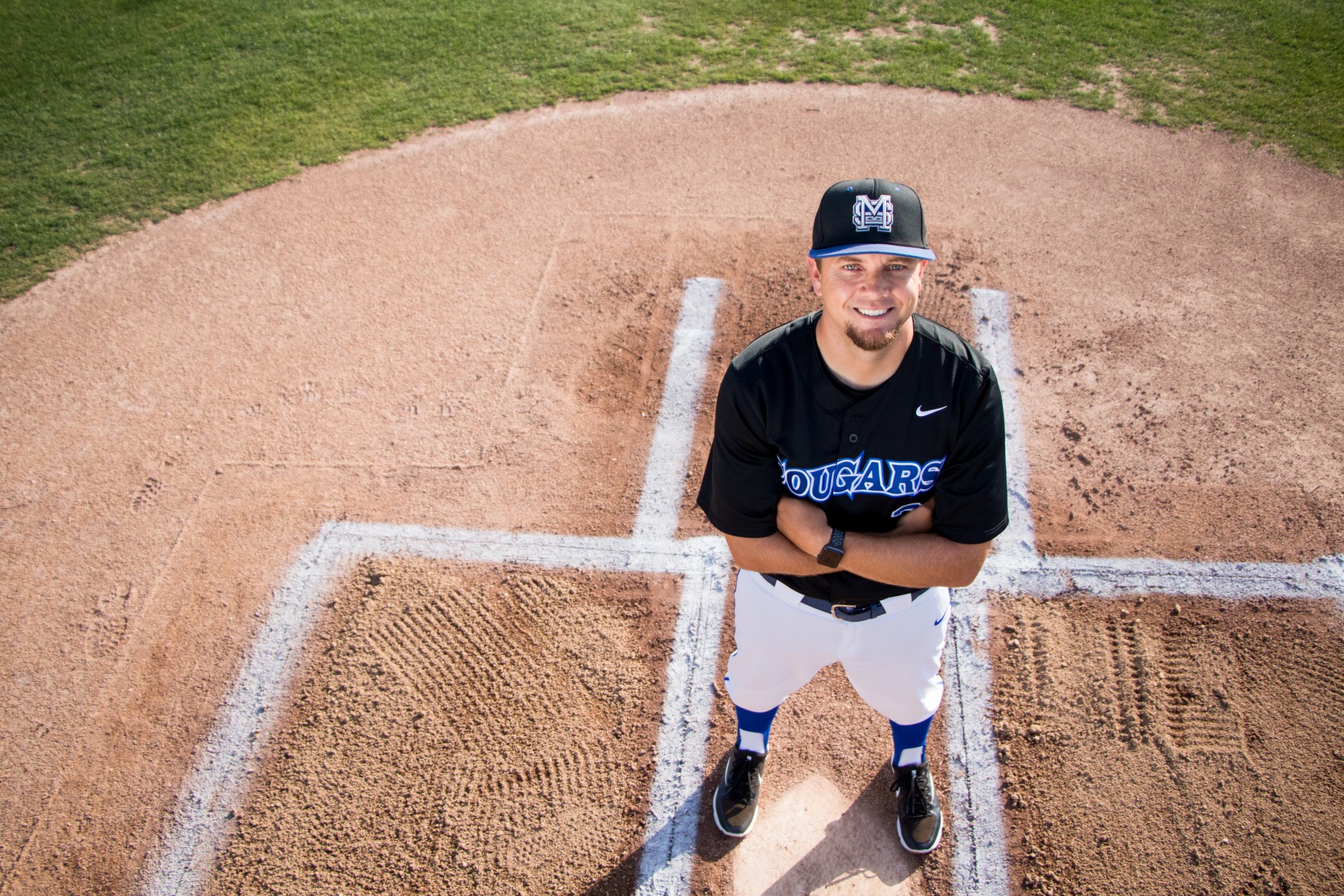 Matt Guiliano
Matt Guiliano spent nine seasons in charge of the baseball program at the University of Sioux Falls before being hired by CSUSM in May 2016. Photo by Gavin Hedges

It’s a good bet that Matt Guiliano is in rare company among college head coaches.

After all, how many 34-year-olds have a résumé that already includes a decade of experience as a collegiate head baseball coach?

Guiliano may be young in age after completing his first season as Cal State San Marcos’ head baseball coach in 2017, but he is long on experience. He spent nine seasons in charge of the baseball program at the University of Sioux Falls before being hired by CSUSM in May 2016.

“The support at CSUSM from the administration and campus is awesome,” Guiliano said. “Everything just feels like family right away.”

Guiliano was a standout baseball player for USF, earning Great Plains Athletic Conference Player of the Year honors in 2006, then serving as a student assistant in 2007 as he pursued a professional baseball career.

He was preparing to play for a team in Illinois in the independent Frontier League in 2008 when his career path took an unexpected turn.

“My car was literally packed and I was leaving the next day,” Guiliano said.

That’s when he learned that USF’s head coach was stepping down and the job was Guiliano’s if he wanted it.

It made for a difficult decision – pursue playing professionally and trying to get picked up by a major league organization or take advantage of a surprise opportunity to become a head coach.

Guiliano had already completed the first part of his playing goal by signing with a Frontier League team and he knew there would be an opportunity to join a major league organization if he proved himself in independent ball. But the feedback he received also indicated a likely ceiling of Double-A in the minor leagues.

“I was definitely open to playing and that was definitely my path, but I knew eventually I wanted to coach,” he said. “At that point, having a head job at the college level was kind of a no-brainer after a couple of hours thinking about it.” 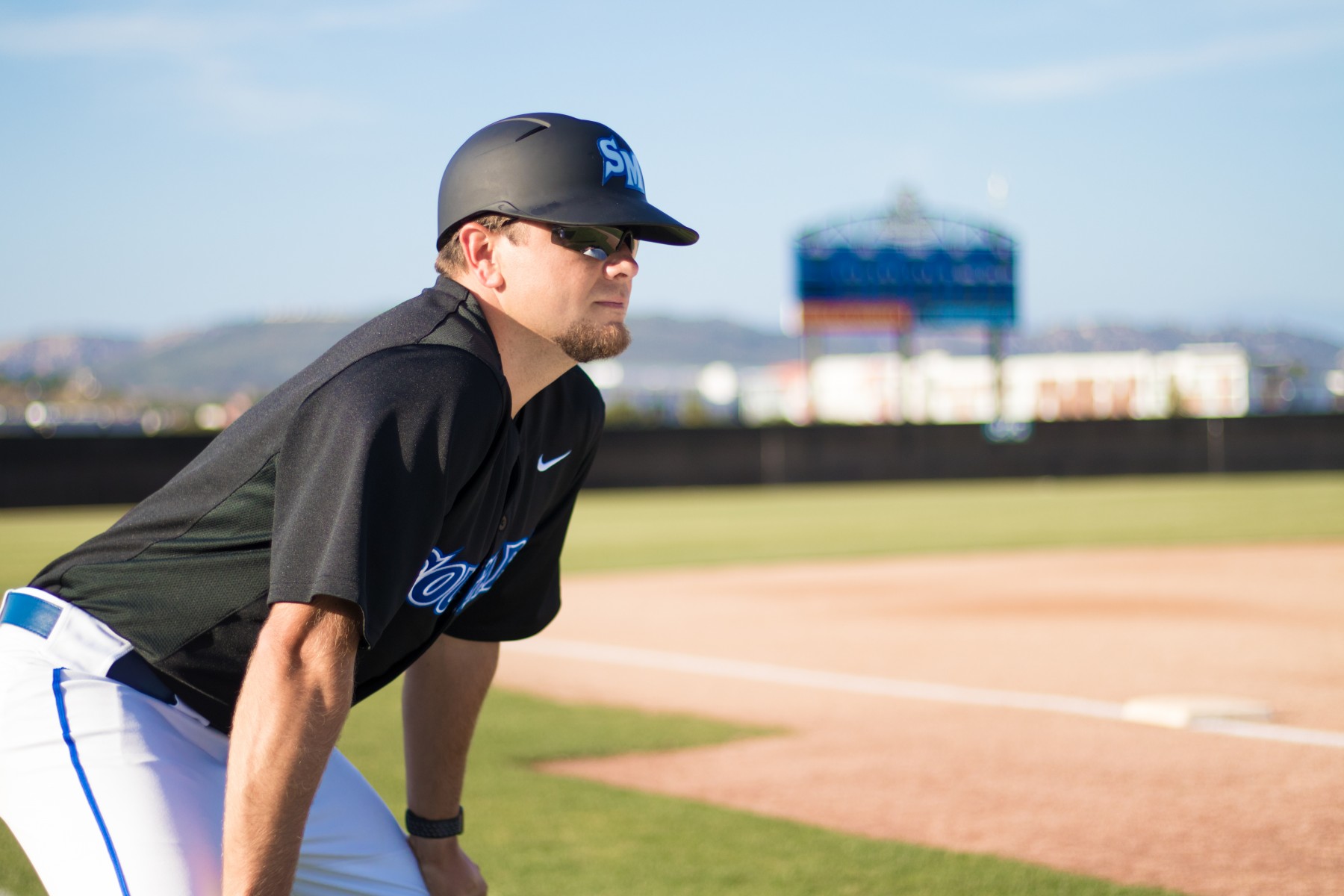 Matt Guiliano
Matt Guiliano spent nine seasons in charge of the baseball program at the University of Sioux Falls before being hired by CSUSM in May 2016. Photo by Gavin Hedges

The opportunity wasn’t without challenges. Guiliano went from playing alongside USF players in 2006 to being in charge of them by 2008.

A turning point in the transition from player to coach occurred during a practice while Guiliano was putting players through infield drills.

“We were running bunt coverages and one of the older guys that knew me kept chirping at me and not looking at me as a head coach, saying, ‘Why are you ripping us for doing this wrong? Relax,’ ” Guiliano said. “He didn’t have the respect. I had to earn that, and I knew that. But my catcher had it. He ended up calling everybody to the mound, asked me to stay back and had a few choice words for his teammates. He let them have it a little bit.”

Guiliano said that moment helped players start to look at him as a head coach rather than a former teammate.

Guiliano has brought the lessons he learned at USF to CSUSM. He is the second head baseball coach in the University’s history after taking over for Dennis Pugh, who stepped down after leading the Cougars since the program’s inception in 2007.

It has been a homecoming for Guiliano, who grew up in Valley Center and played baseball at Palomar College before transferring to USF. Guiliano’s familiarity with the CSUSM program and the region are just two of the assets he brought to the job. He also was part of USF’s transition from NAIA to NCAA Division II membership, a transition that CSUSM is expected to complete this summer.

Guiliano’s long-term goals include raising funds to improve CSUSM’s baseball facilities, including the addition of restrooms, a concession area and press box.

But Guiliano is not solely focused on what occurs on the baseball diamond. He is aiming to increase the program’s overall grade-point average and graduation rate, and giving back to the community is also high on his list of priorities. He has reached out to local Little Leagues, offering to hold coaching clinics, and he would love to have Little Leaguers jog out with Cougars players for the national anthem.

“Community is big for me and it’s something we want to be involved with,” Guiliano said. “I want guys who can fit that mindset. Off the field, we want to give back to the community. For us, it’s about more than baseball.”