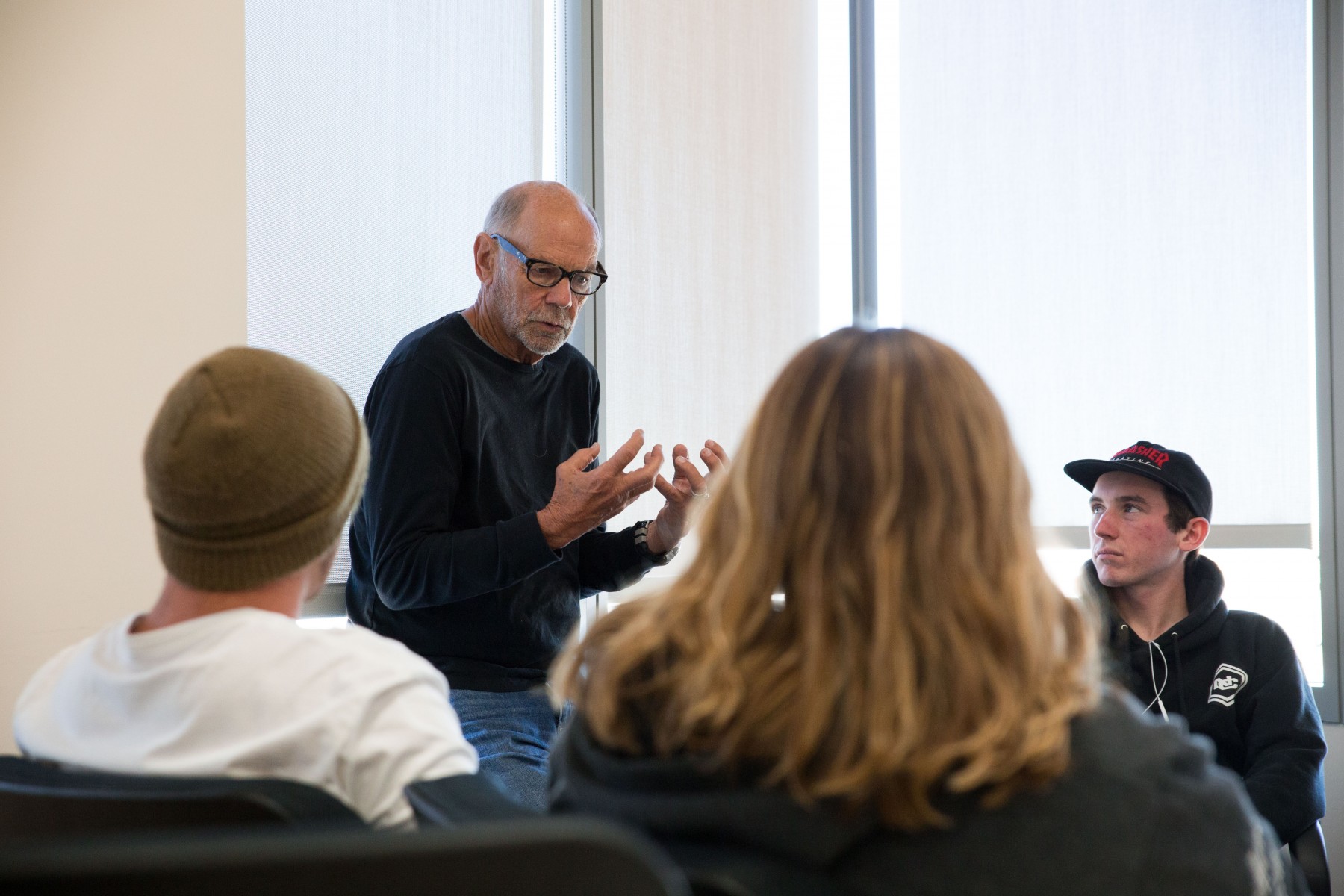 Bob Rief
Bob Rief is one of 15 Executives in Residence at Cal State San Marcos, a group of local professionals who volunteer their time to help guide students through the Business Professional Development program. Photo by Andrew Reed

When Bob Rief began his stint on the Cal State San Marcos campus in January, he might have been more nervous than the students who were about to learn the collected wisdom of a lifelong business executive.

After all, Rief said, “the last time I saw a classroom was 50-plus years ago.” He took an unorthodox route to business success, dropping out of the University of Colorado to work in the ski industry, then climbing the ladder before hopscotching to companies like Nike Golf, Merrell and Reef in the sports and outdoor lifestyle field.

Now, at age 72, Rief is primarily in the business of giving back to a community from which he has derived so much. He is one of 15 Executives in Residence at Cal State San Marcos, a group of local professionals who volunteer their time to help guide students through the Business Professional Development program.

Rief may not have much exposure to higher education, but he has proven to be a quick study.

“None of this stuff was available to me or my friends when we were young, so this is pretty awesome,” he said after a recent workshop on campus. “I think the University should be proud of what they’ve done. It’s a total learning experience for me.”

This semester, Rief is conducting eight two-hour sessions with 24 students as part of a program that’s geared toward sophomores and transfers who are on a pre-business track. The overarching goal of Executives in Residence is to help students obtain the skills they need to enter the workforce, but there’s room for individual executives to customize their approach based on their backgrounds and on the interests of the particular students involved.

Rief’s two main points of emphasis have been on the importance of networking and the need to be an active listener. During a session in early March, he conducted an exercise in which students paired up and interviewed each other. Then they were supposed to tell the class what they remembered from the interview, whether it was the other person’s name, hobbies, high school, et cetera.

“Active listening is getting the combating forces out of your brain and actually listening, not comparing yourself to whoever you’re talking to,” Rief said. “We really work on that, and it’s been a topic every time. Then we talked about trying to find a mentor by pinpointing a company or category that you’re interested in and finding someone you admire and asking for their help.” 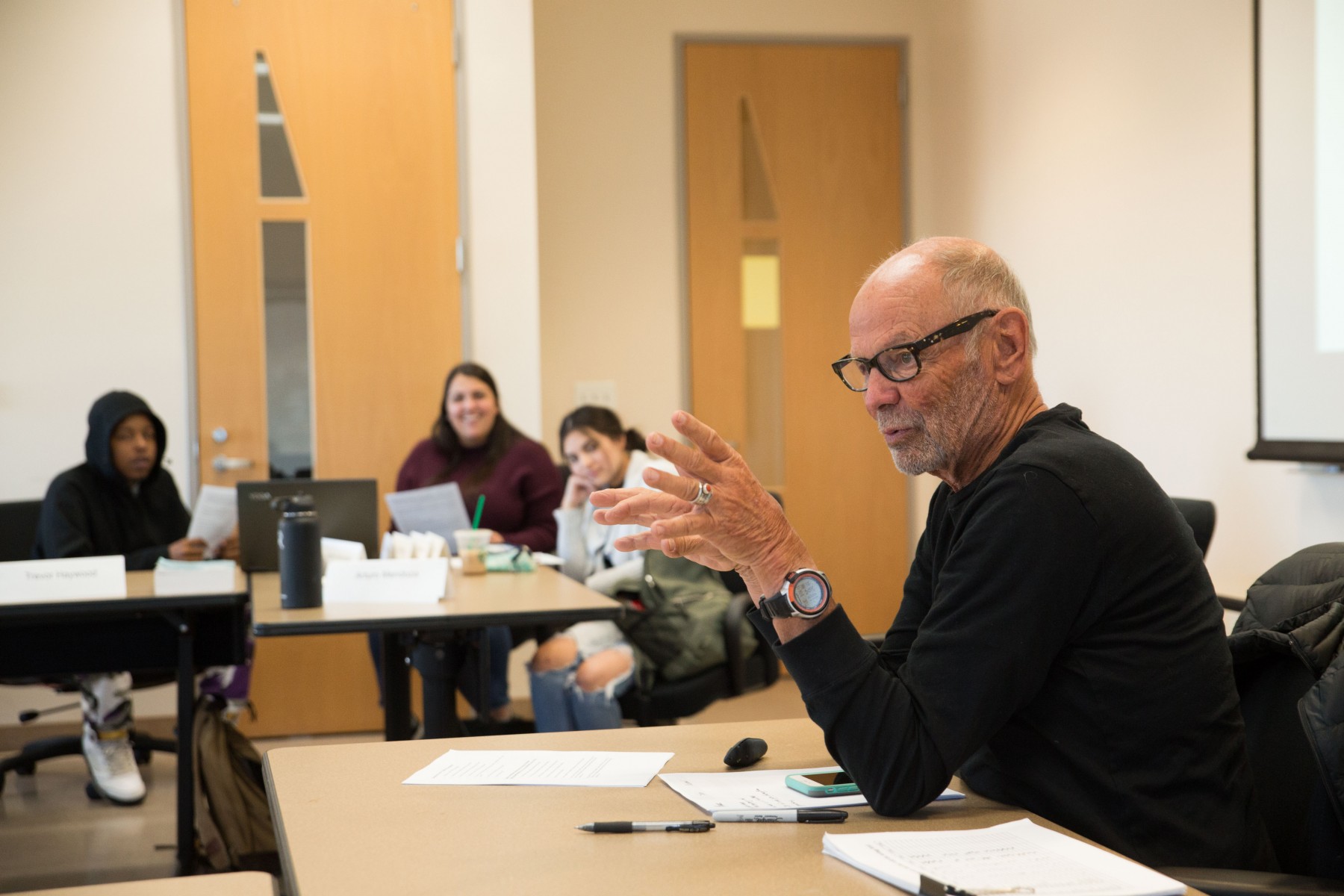 Bob Rief
Bob Rief is one of 15 Executives in Residence at Cal State San Marcos, a group of local professionals who volunteer their time to help guide students through the Business Professional Development program. Photo by Andrew Reed

The students have really responded to Rief’s message, said Jill Laing, the director of student success in the College of Business Administration, who trains and works with the Executives in Residence.

“Not only does he bring that focus, but he also has such a wide range of experience and so many great stories that he’s able to engage the students and he makes it very personable,” Laing said. “When he’s talking to somebody, he circles back to what they said or something they’re interested in, so he’s very good at modeling the active listening.”

Rief certainly does have a wide range of experience, most of it in the outdoors industry, befitting a Navy man’s son who spent much of his childhood in Coronado and who started his career in the mountains of Colorado. He has worked for or been the CEO of businesses ranging from the ski company Nordica to footwear companies Merrell, Reef and Sanuk to golf companies Nike and Callaway. The Nike Golf experience is especially noteworthy in that he was part of the team that signed Tiger Woods and helped break down the barriers to entry of golf as a historically elitist sport.

Rief says he has tried to retire three times, but it never takes. For nearly the last decade, he has been the executive director of San Diego Sport Innovators, a Solana Beach-based nonprofit that’s a business development community for the sports and active lifestyle industry (the group’s executive chairman is none other than basketball legend Bill Walton).

It’s all part of the fountain of knowledge that Rief, who lives in Cardiff with his wife of 50 years, is now trying to pass on to the next generation at Cal State San Marcos.