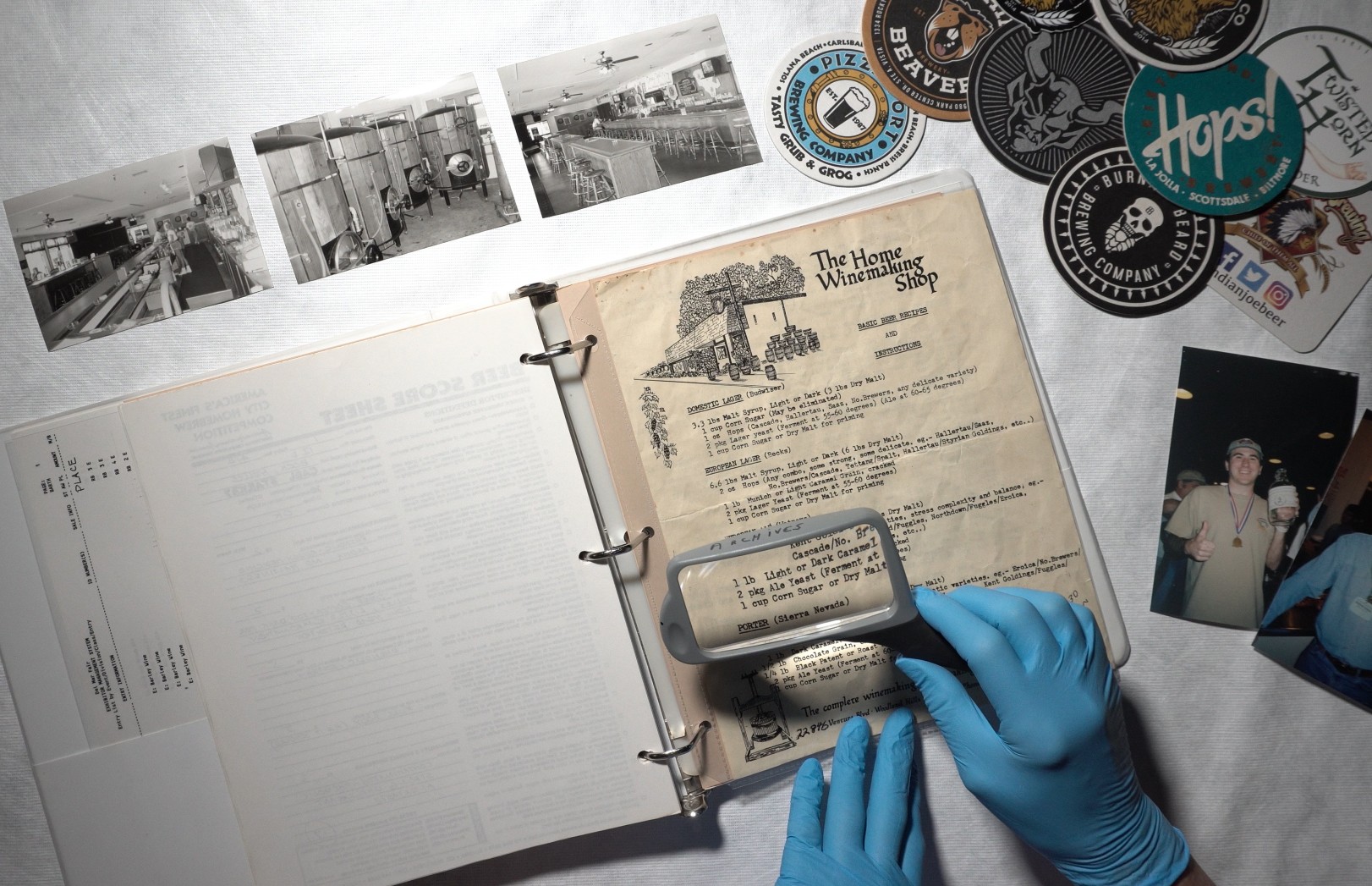 CSUSM Launches Brewchive
The new collection is one of only a handful of archives nationwide focused soley on beer.

A comprehensive archive celebrating the San Diego craft brewing industry has launched at CSUSM. The initiative is led by the CSUSM Library and is one of a only a handful of special collections nationwide focused solely on beer.

San Diego is noted as the craft brewing capital of the United States with over 125 licensed brewers. More than a third of the county’s breweries are in North County and given CSUSM’s proximity to some of the nation’s most renowned craft brewers (Stone Brewing Co., Karl Strauss Brewing Company, and Lost Abbey), Library Dean Dr. Jennifer Fabbi says it makes sense for CSUSM to document their history.

“They put their heart and soul into this industry and we want to make sure that history is preserved and celebrated,” said Fabbi. “This is a living history. I am excited about what this collection will become over the next 50 years.”

The CSUSM Library has begun to collect and digitize historical documents and special pieces. While the collection will focus on the evolution of San Diego’s New Brew Wave, circa 1987-present, the archive will also feature signature collections, like the history of women in San Diego’s craft brew industry. This collection, one of two inaugural special collections at CSUSM, will join the 700-box Ecke Ranch collection at the University Library.

Beer Initiatives Happening at CSUSM
The Brewchive™ is just one of the beer initiatives bubbling up at CSUSM. In spring 2018, the University will begin offering a new certificate program in EngiBeering™ that explores the science and business of craft brewing. The College of Business Administration recently published its semi-annual Craft Brewers Index, a survey that gauges local brewer confidence in the industry. The latest report revealed that brewers continue to display an impressive level of optimism in their businesses. Business confidence is a predictor of industry growth, according to researchers.