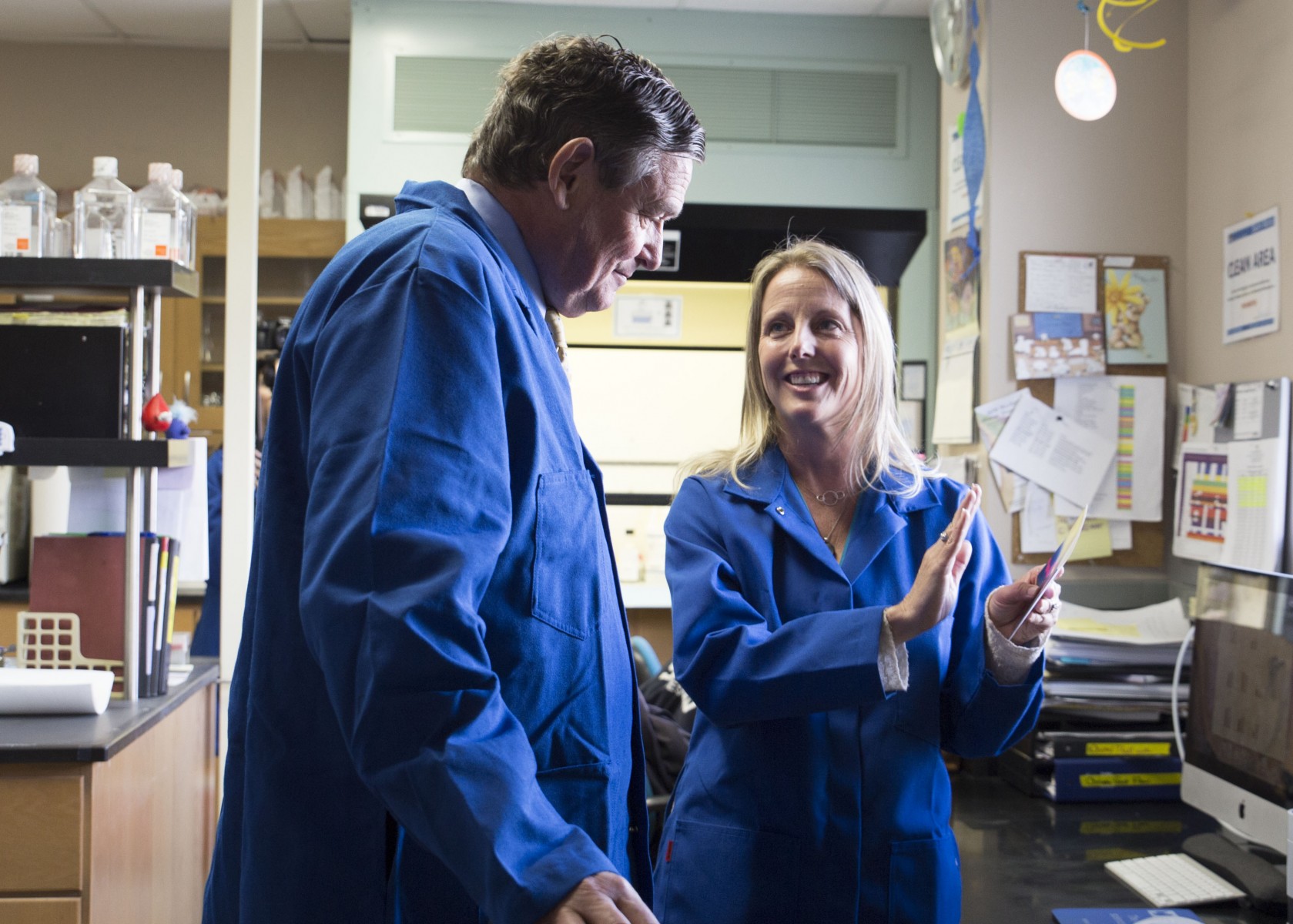 California State University Chancellor White met with Cal State San Marcos faculty, staff and students on Monday, April 25, as part of his yearlong “Innovations in the Classroom” 23-campus tour. It was White’s fourth visit to CSUSM during his more than three years as Chancellor.

During his daylong visit, he met with alumni of CSUSM’s signature program Campus Connect; toured The Sports Center and lunched with student athletes; spent time with Arts and Technology Professor Kristine Diekman, recipient of the 2016 CSU Wang Family Excellence Award; visited the future site of the CSU Institute for Palliative Care; thanked Career Center and Advising staff; and attended an evening alumni reception.

White also engaged in an open forum with faculty, staff and students, and met later in the afternoon with reporters, highlighting the impending higher education crisis in California.

“The trouble is that when you walk around Cal State Universities across the state – and San Marcos is perhaps one of our best examples - you don’t get a sense that there is a crisis here,” he said. “The place is beautiful and well maintained, faculty are engaged with their students . . . enrollments are up, there’s no parking – all the things that are signs of a successful university. You could say the same about any of our campuses . . . so there isn’t a sense that there is a problem. But when you think out just 15 years from now, California is facing a drought of a little over one million bachelor’s degrees short of what California is going to require.”

According to White, the CSU graduates about half of the bachelor’s degree every year in California.

White noted that 29,700 fully qualified California residential students were turned away from the CSU last fall. "That’s the equivalent of two CSUSMs worth of students that could not get in. . . it’s going to be worse this fall. That's the crisis, it’s not visible but it’s so real.”