A Commitment to Equity and Inclusion 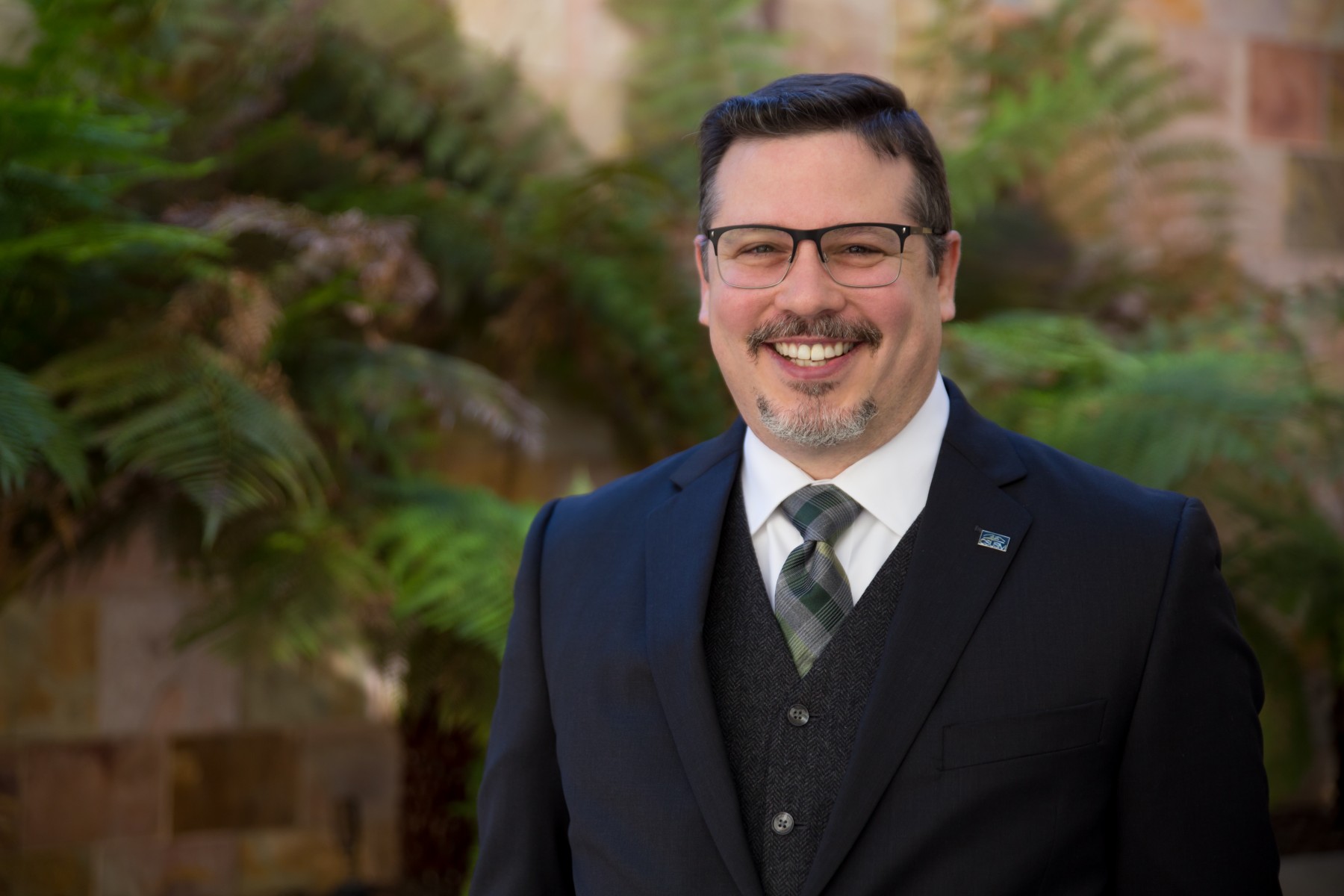 His childhood home was the back of a liquor store, and he grew up with an adopted brother in an ethnically diverse family in a Boston suburb during a time of racial unrest. Today, Dr. Joe-Joe McManus is the new Chief Diversity Officer and Associate Vice President at the Office of Diversity, Educational Equity & Inclusion at Cal State San Marcos, and he is bringing his multicultural background to a university with a reputation as one of the more inclusive campuses in California.

There is no place else he’d rather be.

“The culture here has developed to where there is a real desire to be a leader in educational equity,” said McManus, who is energized by the level of collaborative engagement and the efforts to further promote mindfulness and civility. “President Haynes is deeply committed, and I see a great deal of genuine support across the campus community, at every level.”

In his new post, McManus is responsible for working with colleagues and partners across the University to implement the CSUSM Diversity and Inclusion Strategic Plan. It is a job he has been training for all his life.

“Dr. McManus is an incredibly thoughtful leader whose understanding of equity and inclusion is both deep and broad,” said Michael Benitez, Chief Diversity Officer and Dean of Diversity and Inclusion at the University of Puget Sound. “He is well aware of the importance and value for diversity in higher education, and possesses the expertise and experience necessary to navigate the challenges that come with addressing diversity on college campuses. Dr. McManus is a strategic thinker familiar with organizational change, and understands well the work that is transforming structures. Cal State San Marcos is fortunate to add such an incredible diversity leader to their campus community.”

McManus most recently served as the Vice President for Diversity & Inclusion with the Kingston Bay Group, a coaching, consulting and search firm specializing in diversity, equity and inclusion issues for public schools, colleges and universities. While with the Kingston Bay Group, McManus also worked part-time as a faculty member and consultant with Urban Outreach Initiatives at Boston College’s Lynch School of Education. In addition, he serves on the board of directors of Rootstrong, a nonprofit committed to multicultural leadership education and development, and for the past 11 years, he has been a board member of the Diversity Collegium, a cross-sector think tank of diversity practitioners.

He grew up in the town of Carver, Mass., the son of an Irish Catholic father and Jewish mother. Joe-Joe was one of three boys. A brother, Kacey, was adopted and African-American.

“My brother, and the family in general, endured a lot of racism and bigotry when I was growing up,” McManus said. “My folks ran what we call in Massachusetts, a ‘packie’ and we had an apartment in the back. We were seen as very poor, and from a very early age I was forced to deal with issues of race, class and religion.”

A gifted athlete, McManus found a refuge in basketball, was recruited to play at a Washington, D.C., hoops prep powerhouse, and was looking forward to a college scholarship to a Division I school. Those plans changed when Kacey became a victim of suicide at just 17 years old.

His parents refused to give up, pushing him to become the first in the family to secure a college degree. At Florida Institute of Technology, McManus studied Space Sciences, was setting out to become an astronaut, and had drawn the attention of leaders in the field. After his sophomore year, he became the first American employee of what would become the Russian Academy of Sciences.

An activist back home, his career track took its final turn when he spoke about diversity issues while discussing American holidays to an audience in the former Soviet Union.

“I talked about the Fourth of July, Thanksgiving and Juneteenth,” McManus said. “Nobody even knew what Juneteenth was, and they hadn’t heard the perspectives I was presenting about race and ethnicity connected to the Fourth of July and Thanksgiving. I offered them a different perspective about American holidays, and I asked if they had similar experiences in Russia. It became a rather lively discussion. I soon learned that race was an issue in other places, religion was an issue in other places. The entire episode was enlightening for me.”

When he returned to the United States, he switched his major to psychology and began his journey toward becoming an educator focusing on issues of diversity and social justice. He earned his master’s degree in multicultural education from Alliant International University, and his Ph.D. in educational leadership from Florida A&M University (FAMU), where he became known as “Dr. Joe-Joe.” That coincided with his four years as a faculty member at FAMU, which was followed by a visiting professorship at Chancellor College at the University of Malawi in Zomba, Malawi.

“Joe-Joe possesses a passion for educating students of all walks of life and building leadership prowess in even the most marginalized people he encounters,” said Dr. Sidalia G. Reel, Director, Staff Diversity Initiatives, Equity and Inclusion Division, at UC Berkeley. “The intersectionality of his astrophysicist mind, Boston upbringing and deep roots in living in multicultural settings here and abroad, blend in ways that make him a brave social justice educator.”

McManus lives with his wife, Kecia, and their young daughter, Makaila, just a few blocks from campus. His priorities include completing and implementing the Diversity and Inclusion Strategic Plan and working with faculty, staff and students to continue to build on the foundation of excellence in educational equity, inclusion and social justice at Cal State San Marcos.

“It’s also important that we continue to grow and develop this office so we can continue to support and provide the highest levels of educational experience regarding equity and inclusion for students, faculty and staff,” he said.

A Commitment to Equity and Inclusion