Writing a Future Through Code 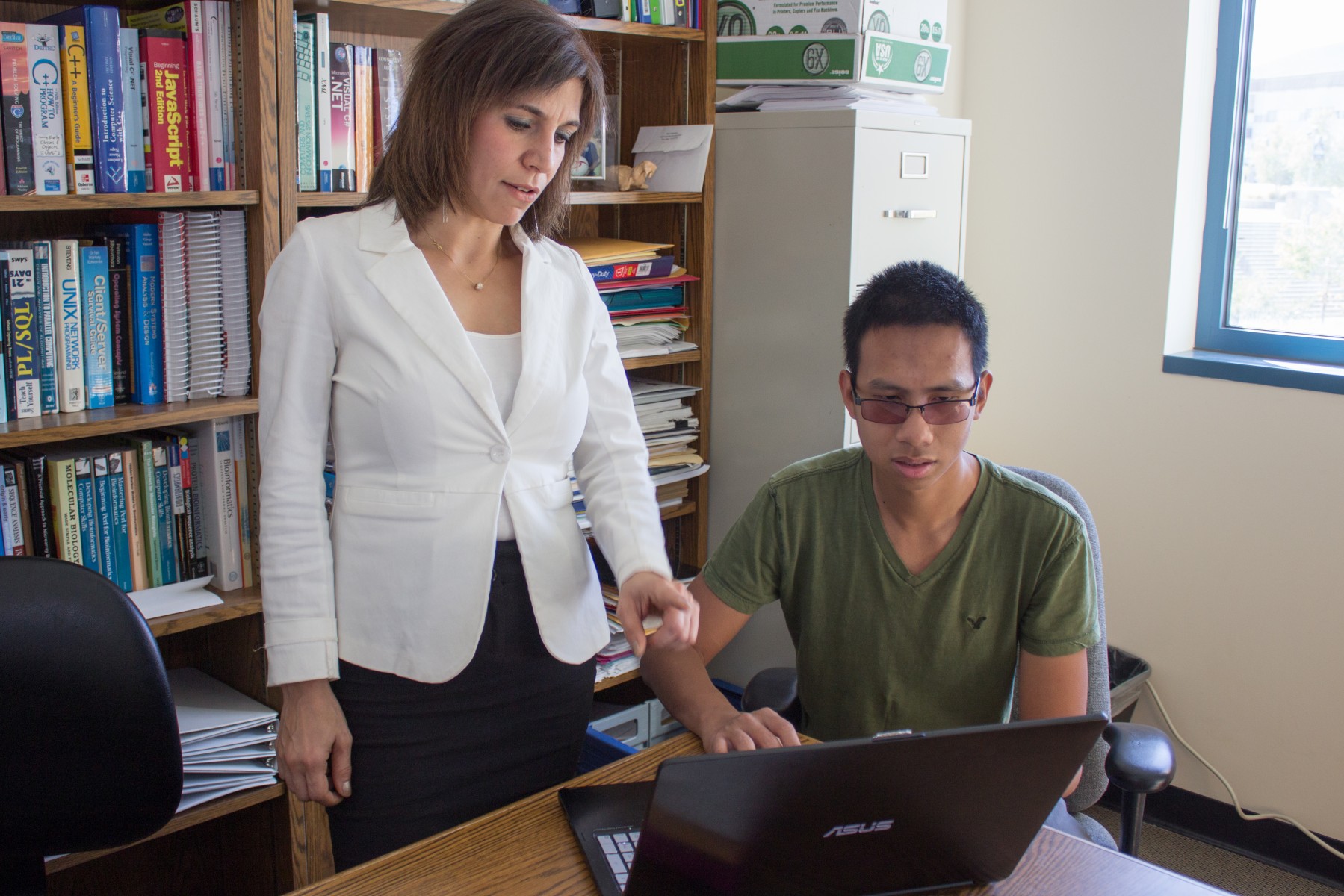 Computer science
CSUSM computer science professor Sahar Mosleh (left) says student Nam Ho has all of the qualities needed to succeed in college and beyond.

Nam Ho is taking a path that he hopes leads to a successful tech career in the United States.

His strategy includes diving straight into his computer science major during his first two years at Cal State San Marcos and not simply leaving it to his final four semesters.

Nam, who came to CSUSM from Vietnam, wants to remain in the U.S. after graduation to take advantage of greater job opportunities in the computer science industry. However, his visa requires him to find employment within nine months of graduating.

But that shouldn’t be a problem based on his success in a recent coding contest.

Only U.S. students were eligible for prizes, but the competition drew participants from around the world. And Nam found himself in impressive company – the winner was from Carnegie Mellon and four of the top eight were from MIT. Nam finished ahead of competitors from the likes of Cal Tech, Princeton and Yale.

“I’m proud that I was the only one from California in the top 10,” Nam said.

Nam had never been to the United States before traveling here in the summer of 2015 to attend CSUSM. He wanted to study abroad to make use of better facilities for learning computer science as well as more career opportunities.

He knew his parents couldn’t afford to send him to the U.S. for college so he set out to earn a scholarship. He read about one offered by the Vietnamese government for students interested in computer science that would cover tuition and living expenses -- and set his sights on earning it.

Nam spent his sophomore year of high school focused on honing his coding skills, work that paid off in his junior year as he earned the scholarship by finishing third in a national coding competition. Nam learned about CSUSM at a college fair and spent his senior year studying English in preparation for his move.

Nam took a number of required general courses in his first semester at CSUSM, but has delved deeper into computer science classes since then. He’s hoping to land an internship sooner by getting a jump on those courses, something that can help him get a head start on landing a job after graduation.

Nam’s strong showing in the recent coding competition is certainly helping. While he thought of the contest solely as a competition, CSUSM computer science professor Sahar Mosleh explained the importance of the accomplishment for his resume.

“Nam is going to have a very bright future,” Mosleh said. “Having watched students succeed, I conclude that success depends on three qualities: perseverance, tenacity and cogency. Nam has them all.”

Nam exhibited those qualities on his path from Vietnam to the U.S. With his college finances secure through the scholarship, he figured out things like housing and transportation on his own. He even managed to navigate the DMV to obtain his driver’s license.

The transition to American life has been a smooth one, though he acknowledges that he is still adjusting to the food.

“There are a lot of things that surprise me about the lifestyle here,” he said. “It’s so good. It’s so civilized and people are so nice.”

Writing a Future Through Code