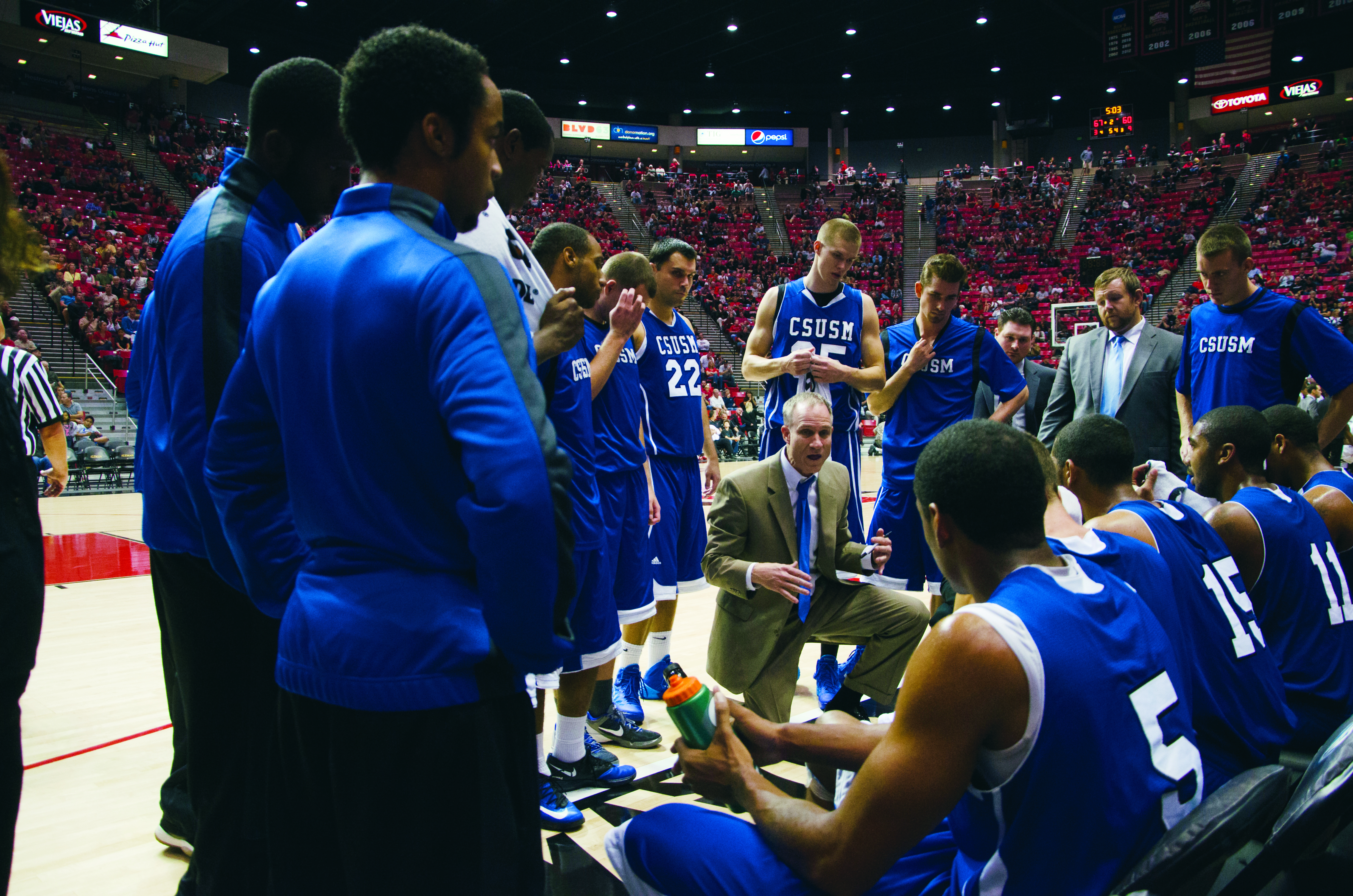 Cal State San Marcos is building its own hoops tradition.

With three seasons in the books, the CSUSM men’s basketball team has set a standard of excellence that will serve as the litmus test for future CSUSM squads. The 2013-2014 campaign might be hard to match though.

“This group will go down in the history of Cal State San Marcos basketball. People will remember this group,” said head coach Jim Saia, who founded the program in 2011-2012.

The Cougars debuted at No. 12 in the NAIA Division I Top 25 and steadily rose through the ranks. CSUSM became the first team in the nation to reach 20 wins and were rewarded with the program’s first-ever No. 1 ranking on January 28 – a position the Cougars would hold for the next six weeks.

CSUSM took its 28-1 regular-season record to the Association of Independent Institutions (A.I.I.) Conference Championship, where the Cougars would win back-to-back games and capture the program’s first-ever conference title. Saia took home A.I.I. Coach of the Year and four players were named all-conference.

CSUSM was granted the No. 1 overall seed for the NAIA National Championship. The Cougars won their first two games before being ousted in the Elite Eight by eventual national runner-up Emmanuel (Ga.).

When it was all over, the Cougars had gone 32-2 overall, spent seven weeks at No. 1, strung together 23 consecutive victories and, most importantly, put Cal State San Marcos basketball on the map.

“We were the number one team in the country, and we don’t have a gym,” said Saia. “They all decided to come here, and they became one great team. This was a special group.”

CSUSM continues to play its ‘home’ games at MiraCosta College—11 miles west of campus—until an on-campus arena is completed in the fall of 2016. But despite the location, CSUSM seems to be getting comfortable in the surroundings; the squad is 32-5 all-time at MiraCosta and won all 13 games there this season.

So how does a basketball team without a gym attract talented, qualified student-athletes to campus?

“It isn’t about the building—it’s about the people inside of it,” said Saia. “We’re selling a world-class education in one of the most attractive locations in the country; we have one of the best state schools in California and we’re minutes from the beach. There’s a lot to sell even though we don’t have a gym.”

Another thing Saia can sell is himself. Saia was an assistant coach at UCLA for seven years, where he made five Sweet Sixteens and an Elite Eight. And he also served as the interim head coach at USC for 25 games in 2004-2005. He’s guided the Cougars to a 74-21 mark over the first three seasons, using a combination of local prep talent and NCAA Division I transfers to comprise each squad.

It’s been just the right recipe for CSUSM.

“We have established something when people and high-level recruits know that they can come here, work toward their degree and have an opportunity to compete for a national title. I think we’ve got something,” said Saia. “We’ve done it for three years now. We’re making our steps and hopefully one day we can cut the nets down.”

This group will go down in the history of Cal State San Marcos basketball. People will remember this group.