Student Thrives on Basketball Court and as Active-duty Marine 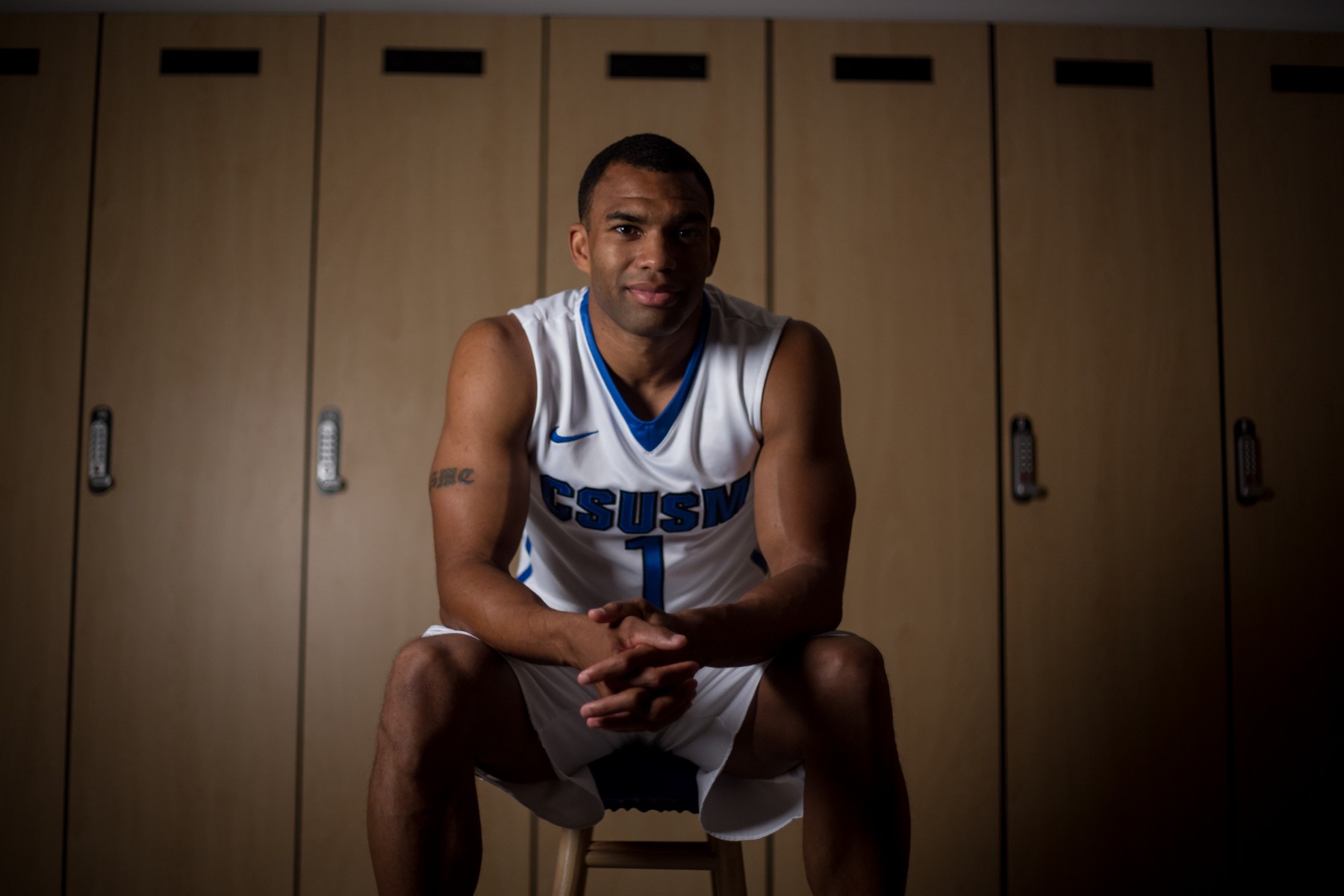 Stefawn Payne
Stefawn Payne’s path to Cal State San Marcos has included more than a decade of service in the Marines, a commitment that continues while he pursues a degree in Global Studies.

Stefawn Payne was not your typical freshman college basketball player.

After all, how many student-athletes begin their collegiate career at age 31?

Stefawn’s path to Cal State San Marcos has included more than a decade of service in the Marines, a commitment that continues while he pursues a degree in Global Studies. And he added playing guard on the men’s basketball team to his résumé in the 2016-17 season.

Many of the lessons Stefawn has learned in the military carried over to the basketball court.

A staff sergeant in the Marines, Stefawn is part of a program that allows him to pursue his degree. His schedule didn’t just include school and basketball in 2016-17. As an active-duty Marine his responsibilities include working with Midshipmen through a Naval ROTC program that is based at USD. They also meet one Saturday every month for drills.

If that wasn’t enough to keep him busy, Stefawn and his wife Cindy welcomed son Camilo to the family in January.

Stefawn joined the Marines straight out of high school in 2003 and went to Iraq in 2004 for the first of three tours there.

“It makes you grow up faster and appreciate the little things,” said Stefawn, who also has served in Afghanistan.

Stefawn played basketball growing up and continued to play in a military league for many years. He missed the on-court competition and, with Cindy’s support, decided to try out for CSUSM’s team.

“Getting to play all the time, especially with the guys, was great,” he said. “With the season over, we still meet up and play pick-up games because we love to play.”

Despite the age difference, Stefawn said his teammates accepted him right away.

“Even though I’m 10 years older than most of them, we still have a lot in common,” Stefawn said. “It was kind of like an older brother type of feel with them.”

Stefawn took their “old man” jokes in stride, noting that the best was a comment from a teammate who suggested Just For Men hair coloring when Stefawn had some gray hair showing after letting his beard grow out a bit over winter break.

Occasionally his teammates ask about his military experience, often in the context of wanting to know if a movie or video game is realistic.

“I see a lot of myself in a lot of them when I was younger,” Stefawn said. “The things they say make me laugh and then I think, ‘I probably used to say the same thing.’ ”

Stefawn appeared in eight games for the Cougars, who finished 18-10 in their final season of transition to NCAA Division II membership, and his contributions didn’t go unnoticed.

“Stefawn was a huge part of our basketball team,” said B.J. Foster, CSUSM’s head men’s basketball coach. “He is a great leader, a great competitor and has a tremendous work ethic. He was a great addition to the team and a big part of our success.”

Though Stefawn has three more seasons of basketball eligibility, he is not planning to return to the team next season so he can focus on his other responsibilities.

Once Stefawn graduates, he will begin his military commission as a second lieutenant. He anticipates serving another 10-12 years before retiring to focus on being a stay-at-home dad.

Returning to complete his athletic eligibility probably won’t be part of the plan.

Student Thrives on Basketball Court and as Active-duty Marine