Season Ticket Holders from the Start 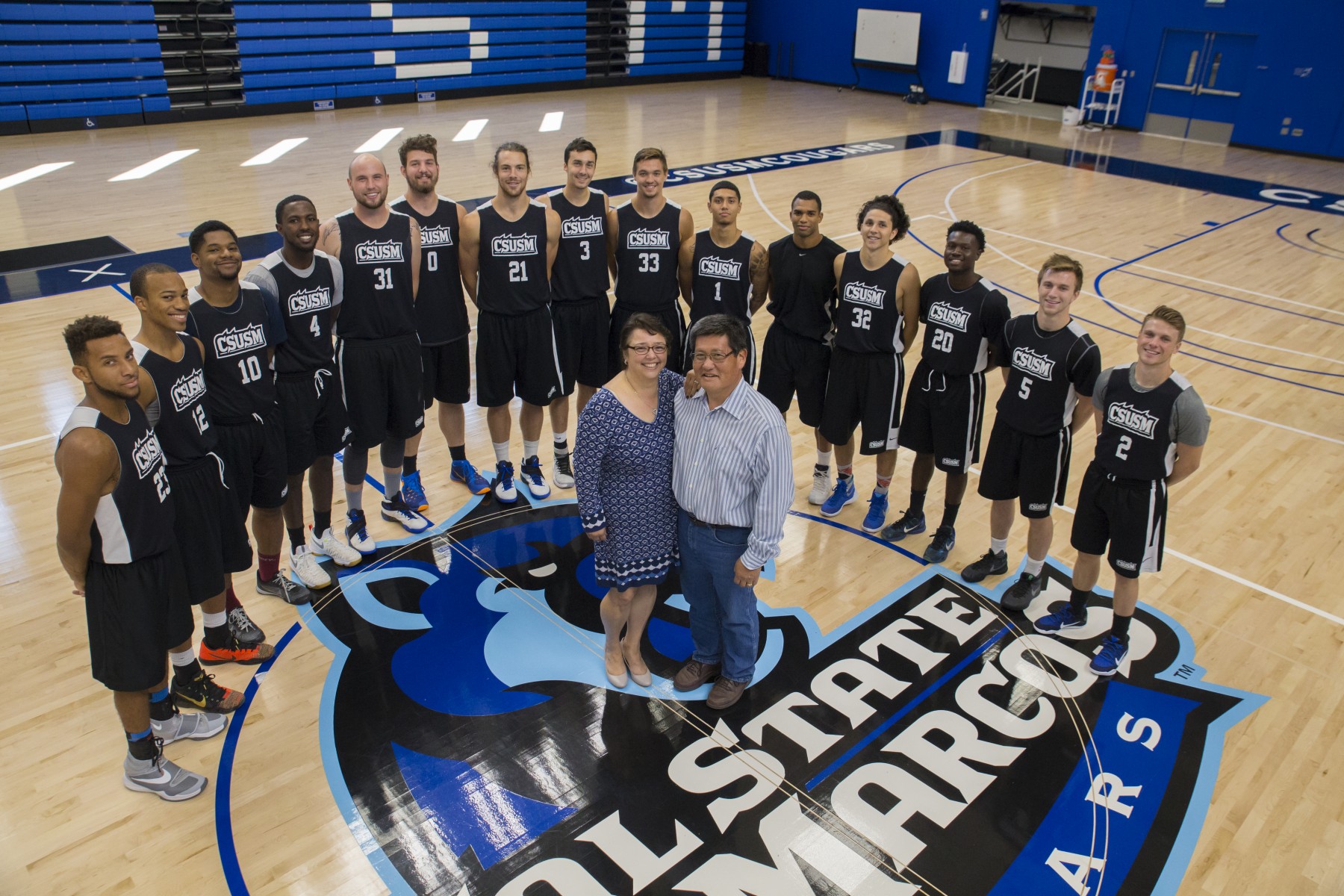 Catherine and Sash Matsumoto have been there from the beginning.

The Matsumotos have had courtside season tickets since the inception of the Cal State San Marcos men’s basketball program – which until this year has played its “home” games a 20-minute drive west (on a good day) at MiraCosta College in Oceanside. Now that the Cougars have a brand new, state-of-the-art, on-campus arena, the couple is looking forward to even better times with an even stronger program.

“This is a great step forward for Cal State San Marcos,” Sash said.

The Cougars are in the final year of a three-year transition from the NAIA to NCAA Division II, and The Sports Center is a big reason why. Completed at a cost of $11.4 million this past summer, The Sports Center also serves as the new home for the women’s basketball and volleyball programs.

“I’m very excited about the new arena,” said Catherine, a full-time lecturer in the Communication Department and a CSUSM graduate. “To have a building like this on campus is going to bring everything to a whole new level of excitement.”

Cal State San Marcos can thank the Los Angeles Lakers for the Matsumotos’ dedication. Lakers season ticket holders during the Showtime era of the 1980s, the couple had to give up their prized possession when they started raising a family and the price of their seats began approaching the cost of a second mortgage.

“When Cal State San Marcos began their basketball program and started playing at MiraCosta College, I decided to surprise him and bought him what he always wanted: season ticket courtside seats,” Catherine said. “It was kind of a joke at first, but the games were so cool. We were right there on the floor. It was so much fun.”

Said Sash: “I didn’t have huge expectations in the beginning because it was a brand new program. But it has developed very nicely, beyond anything I’ve imagined. It’s really a fun team to watch.”

Season Ticket Holders from the Start