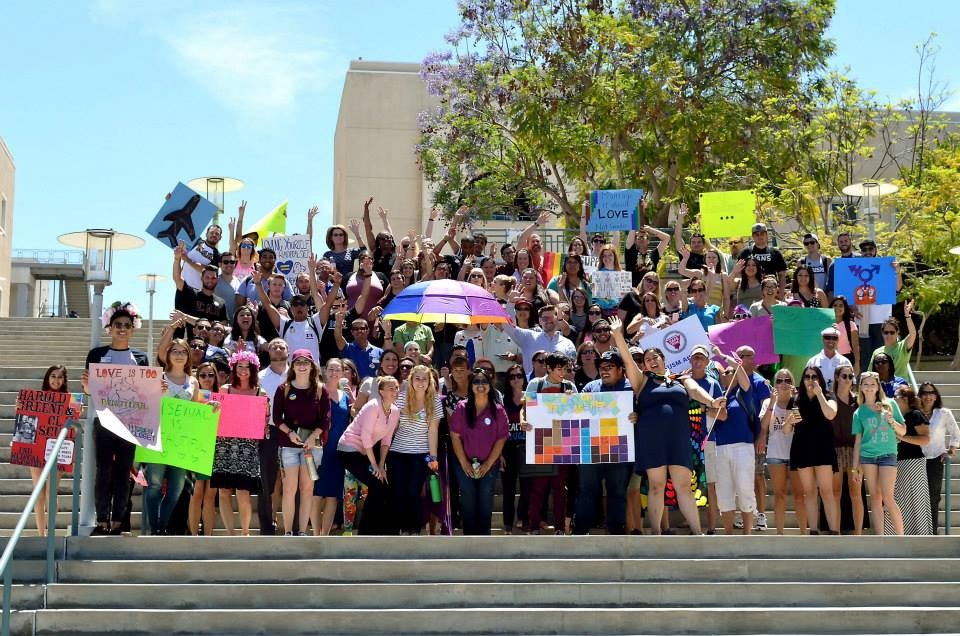 Throughout the month of April, CSUSM will celebrate the lesbian, gay, bisexual, transgender, questioning and allied (LGBTQA+) community through a series of events that will include lectures, discussions, art collaborations and a pride festival.

For a full schedule of events, visit their website.

A Tuesday conversation will discuss the experiences of lesser-known sub communities in the LGBTQ+ spectrum and explore the identities that mainstream queer culture doesn't often recognize.

Learn about all sexual orientations and clear up any misconceptions in regard to gender identities during a discussion led by LGBTQA+ Pride Center peer educator Estella Hoang.

The Pride Center will host a “no hate” style photo campaign, encouraging students to be proud of their identities and share in others’.

Collaborate in an on-campus art project and paint a tile that will fit into a mural that will hang above the LGBTQA Pride Center.

Time and Location To Be Determined

A life changing and intimate event with Steve Rosenfield, photographer of the What I Be Project, will provide individuals the opportunity to face their insecurities. Often times people make up stories about their lives not revealing their true image. Participants will be able to tell their story through his creative photography. Learn more about the photographer and the project by visiting his website.

Create posters to carry during CSUSM’s Pride Walk on Thursday, April 28 during U-hour. The Pride Center will provide supplies.

The Pride Center will host a pajama party filled with jeopardy, movies, bonding and free food.

Discuss the experiences of lesser-known sub communities in the LGBTQ+ spectrum and explore the identities that mainstream queer culture doesn't often recognize.

The film tells the story of Lili Elbe, one of the first individuals to undergo gender confirmation surgery, and her long struggle for self-discovery as a transgender woman.

Workshop and Q&A with Cadence Valentine

Featuring trans educator, activist and CSU Northridge student Cadence Valentine, this workshop will help students, faculty, staff and the community become educated on and about inclusivity for transgender and gender non-conforming people. In addition, those in attendance will learn about representation, access and support for transgender and gender non-conforming students.

PRISM President and CSUSM student Preston Witchell will present his research and thesis on spatial politics and navigating difference within communities.

Time and Location To Be Determined

A lecture by Jane Ward, associate professor of Gender and Sexuality Studies at University of California Riverside, will discuss how sex between straight white men allows them to leverage whiteness and masculinity to authenticate their heterosexuality in the context of sex with men. By understanding their same-sex sexual practice as meaningless, accidental, or even necessary, straight white men can perform homosexual contact in heterosexual ways. Daring, insightful, and brimming with wit, Not Gay is a fascinating new take on the complexities of heterosexuality in the modern era.

Experience Pride Fest during U-hour at CSUSM. A pride walk through the campus will conclude with a festival at the University Student Union Forum Plaza.