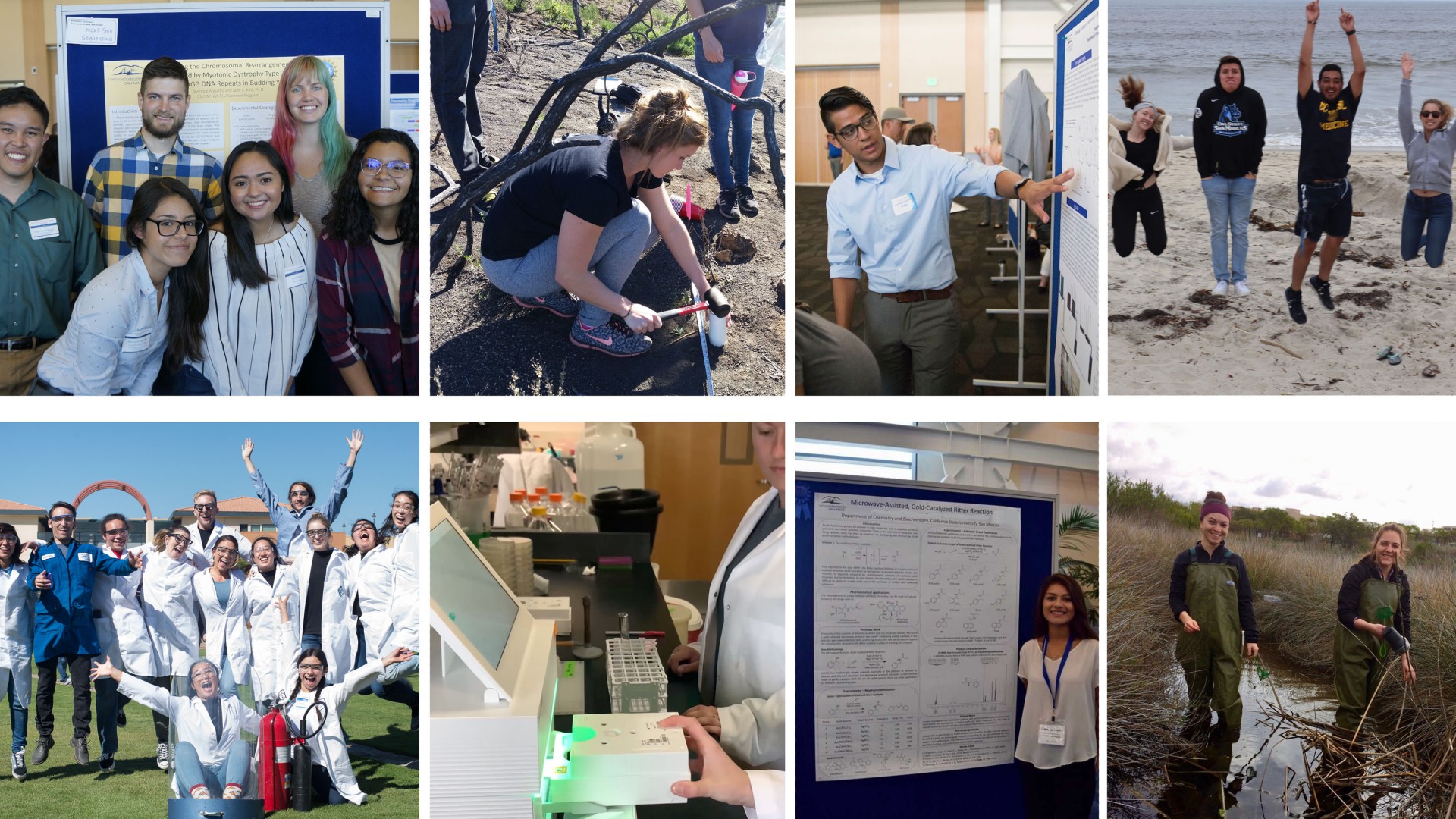 CSUSM students who are selected for the Beckman Scholars Program can join research labs, undertake independent projects, and present their findings.

Cal State San Marcos has been selected as one of only 12 colleges and universities nationwide to receive an award from a Southern California foundation whose mission is supporting basic research in the chemistry and life sciences.

CSUSM received an award of $104,000 over three years as part of the 2021 class of the Beckman Scholars Program, a 15-month mentored research experience for exceptional undergraduate students in chemistry, biological sciences and interdisciplinary combinations thereof. The program is supported by the Arnold and Mabel Beckman Foundation, located in Irvine.

CSUSM was selected after a rigorous application process that included a two-part review led by a panel of scientific experts. Only two other institutions in California were chosen in 2021: Chapman University and the University of Southern California.

Tracey K. Brown, a professor of biological sciences at CSUSM, led the team of professors who applied for the award.

“We are quite honored to be able to bring this incredible opportunity for our students to CSUSM,” Brown said. “Most modern biology and chemistry researchers have benefited from the inventions and technology of the late Dr. Beckman, and now our students will be supported by his legacy as they begin their own research careers.”

At CSUSM, four biology, biotechnology, biochemistry or chemistry undergraduate students will become Beckman Scholars and be supported and mentored in an independent research project over two summers and the intervening academic year. Each Beckman Scholar will:

The Arnold and Mabel Beckman Foundation supports researchers and nonprofit research institutions in making the next generation of breakthroughs in chemistry and the life sciences. It was founded in 1978 by Mabel Beckman and Arnold O. Beckman, a scientific instrumentation pioneer and longtime former professor at the California Institute of Technology. Arnold Beckman died in La Jolla in 2004.

For more about the Beckman Scholars Program at CSUSM and to apply for the award, go to csusm.edu/beckmanscholars.