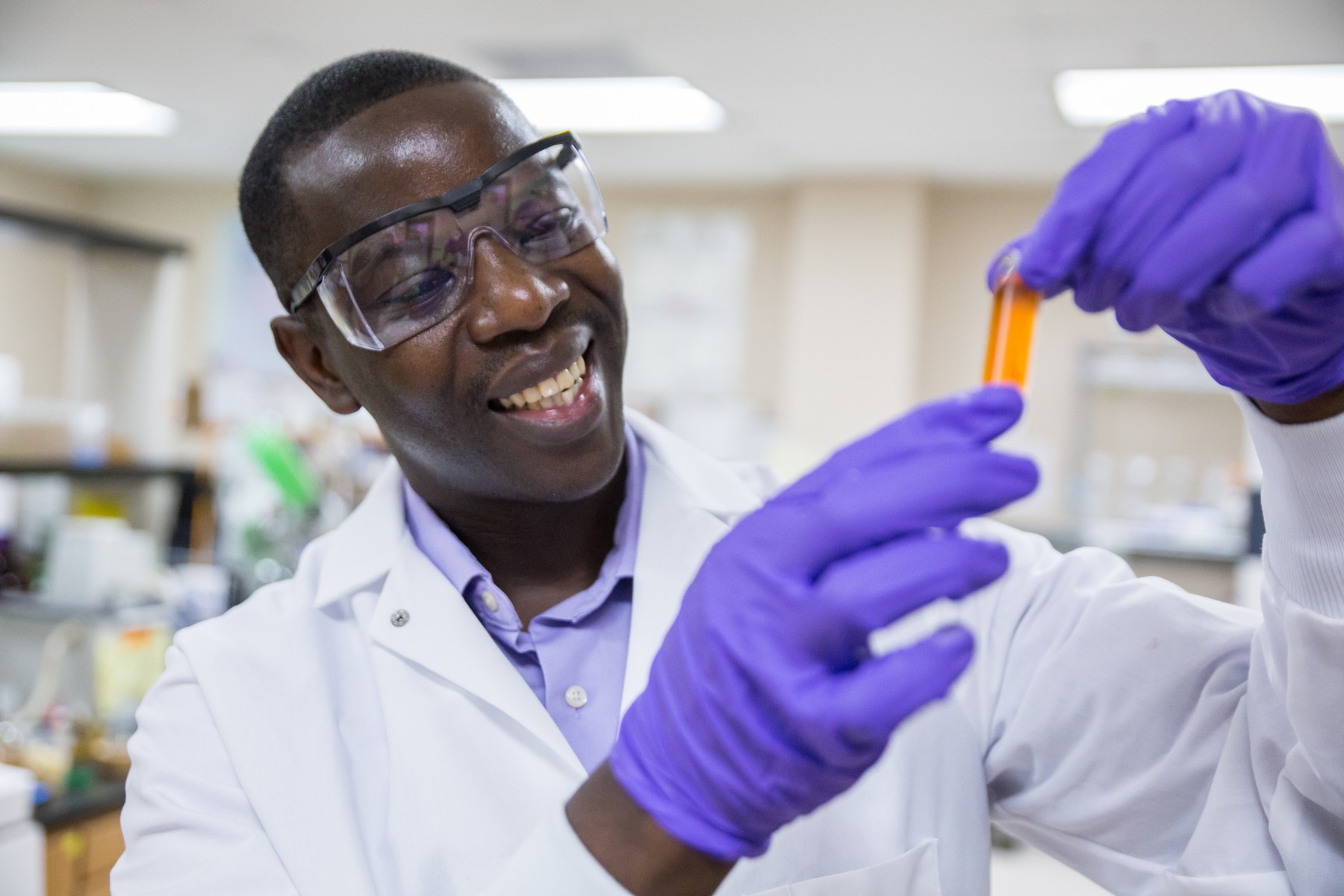 Dr. David Bwambok
David Bwambok, an assistant professor in chemistry and biochemistry, was drawn to CSUSM in large part by its commitment to diversity. Photo by Christine Vaughan

Born and raised in the highlands of Kenya, Dr. David Bwambok was mesmerized by the healing powers in traditional medicinal plants often employed to treat villagers in place of modern pharmaceuticals.

He set out to find out why, earning a Ph.D. from Louisiana State University in analytical chemistry and furthering his research as a postdoctoral fellow at Harvard along the way. After more than three years as a senior scientist at Warner Babcock Institute for Green Chemistry in Wilmington, Mass., Bwambok in September took what he learned and became an assistant professor in chemistry and biochemistry at Cal State San Marcos – drawn in large part by its commitment to diversity.

“I wanted to broaden the impact I was having, and for me, teaching is the best way to do that,” said Bwambok, whose research emphasizes the interface of chemistry and biology and who is interested in designing task-specific ionic liquid materials for forensic analysis and medical diagnostics. “It’s very fulfilling to see someone who may have a limited background in chemistry discover, ‘Yes, I can do this, I, too, can make a difference.’ ”

“There is something about this place,” said Bwambok, whose daughter is a CSUSM criminology and justice studies major and who notes the campus setting reminds him of his childhood home in the Kenyan highlands. “There is a collaborative environment, a very inclusive environment with a commitment to diversity. I am the first in my family to go to college, and when I came here, I found so many students who also are the first in their family to go to college and who come from a similar background. It feels like family.” 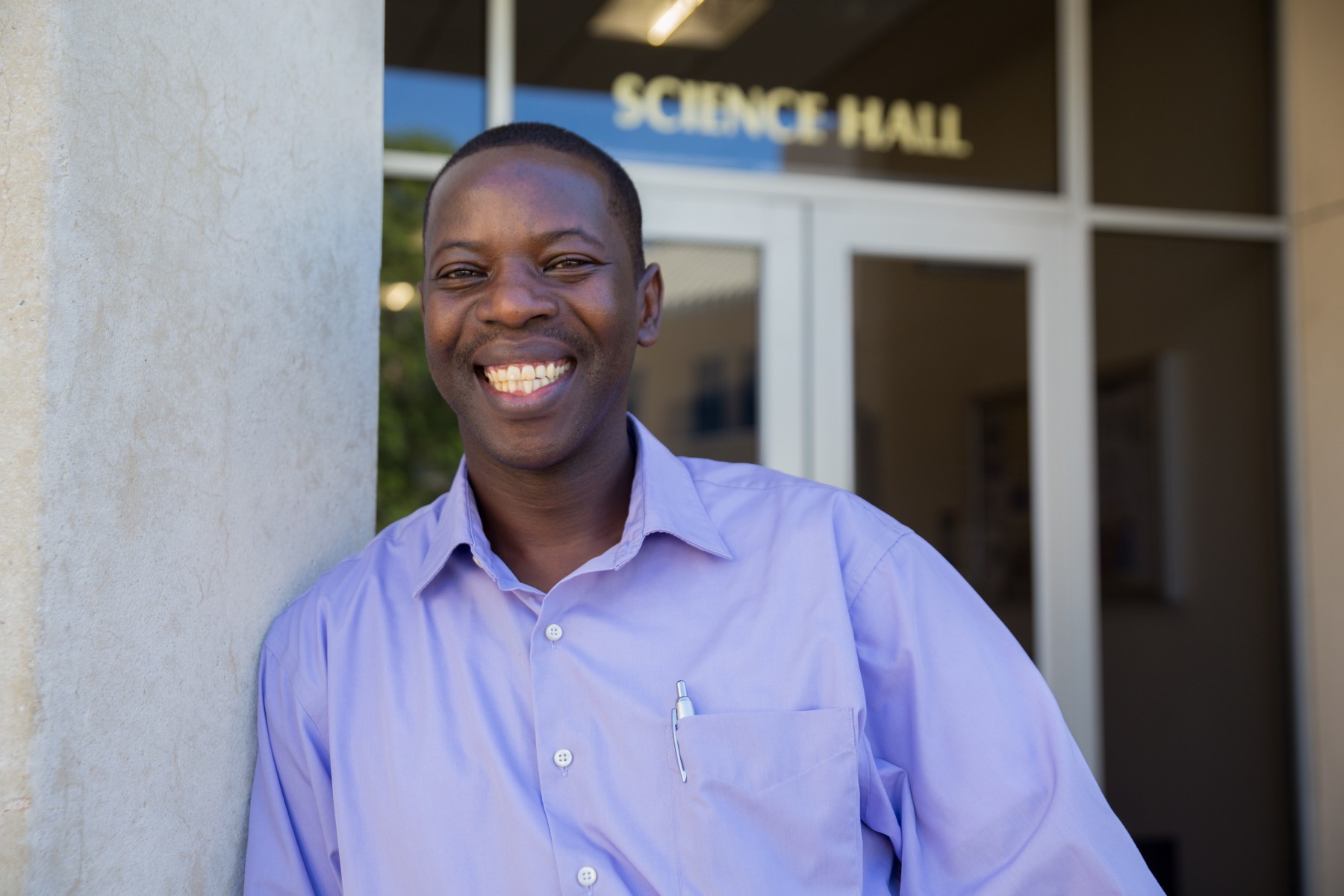 Dr. David Bwambok
David Bwambok, an assistant professor in chemistry and biochemistry, was drawn to CSUSM in large part by its commitment to diversity. Photo by Christine Vaughan
“