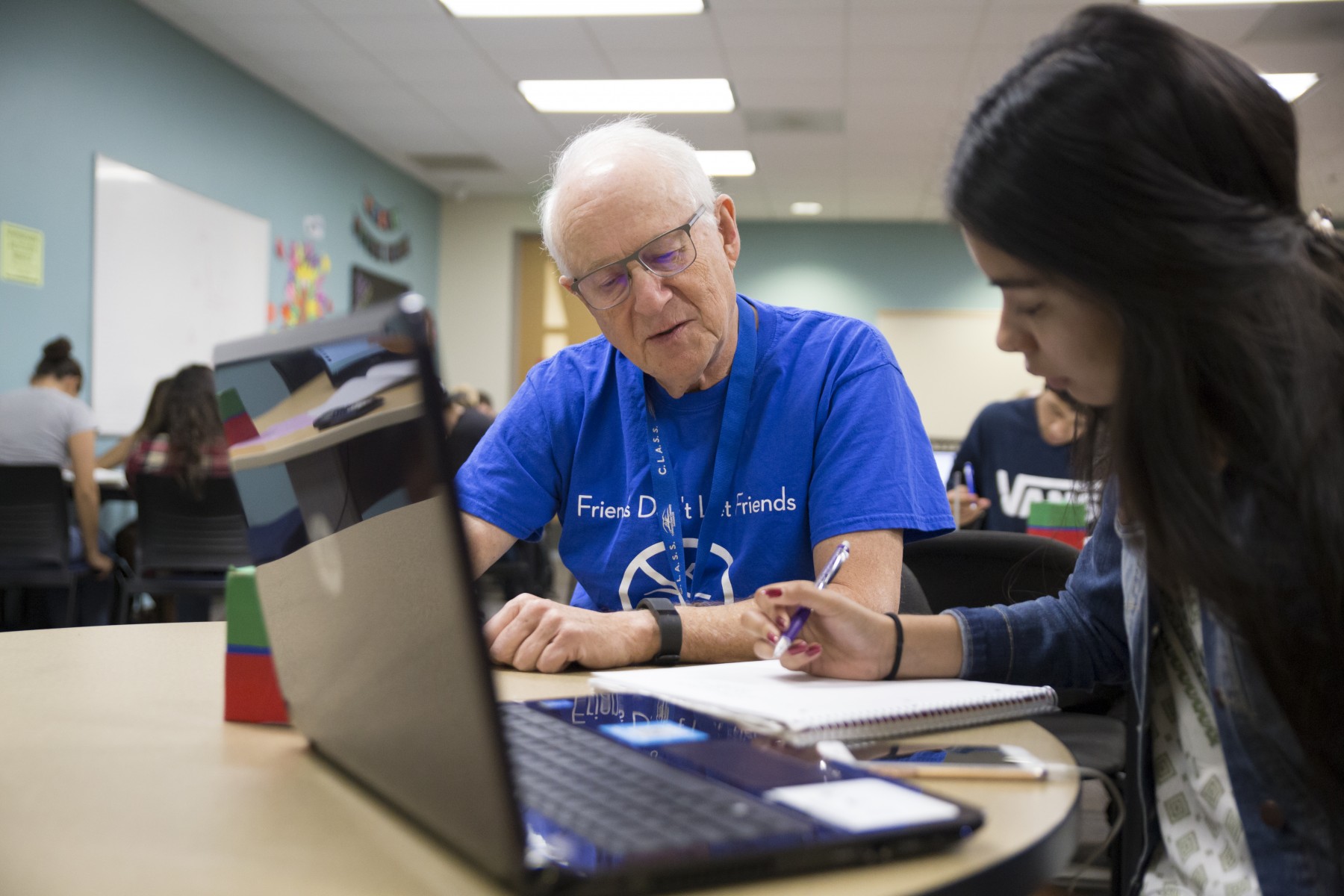 Steve Schlesinger considers himself fortunate to have had his undergraduate education funded through scholarships and financial aid when he was attending Cornell University in the 1960s.

That good fortune continued as he earned a government-funded research assistantship while pursuing his master’s in computer science at Carnegie Mellon.

Now Schlesinger is giving back -- not only financially but also with his time and talents as he helps students as a volunteer tutor in Cal State San Marcos’ Math Lab.

“I felt like I had a lot of debts to pay back because I received a free education,” said Schlesinger, whose bachelor’s is in mathematics. “In addition to whatever I may contribute financially to the University, I thought that it’s a much more personal involvement going in there helping students do what I know something about.”

Schlesinger, who also serves on the College of Science and Mathematics Advisory Council, has made arrangements for a planned gift to CSUSM. He was inspired to become a planned giving donor in honor of his late wife, Mary Clare, who battled medical issues throughout her life.

Though he grew up in New York and attended college in the Northeast, Schlesinger wanted to make a contribution to the community he has called home for more than 40 years.

Mary Clare contracted polio when she was a toddler and suffered from post-polio syndrome, which can affect survivors years after recovery. Mary Clare was an advocate for helping others with the affliction, which can cause progressive muscle weakness and atrophy, fatigue and pain from joint degeneration.

Schlesinger’s planned gift to CSUSM will be directed toward programs that would be of special interest to Mary Clare such as nursing and palliative care.

It was his wife’s health concerns that led the Schlesingers to relocate to San Diego in the early 1970s. They were looking to escape the cold weather in the Northeast that exacerbated Mary Clare’s health issues.

Schlesinger worked as a computer scientist and software engineer and spent a portion of his career as an analyst examining proposed designs of computer systems.

He still casually follows the computer industry in retirement and is enthusiastic about CSUSM’s progress in developing an engineering program.

The University was awarded a $6 million grant in September under the Hispanic-Serving Institutions STEM Program that is providing foundational funding for an engineering program, beginning with software engineering. Initial preparation of the program structures, curriculum, course descriptions and student learning outcomes are approaching completion, and documentation will move forward in the spring as part of the institutional process.

More than 80 percent of CSUSM alumni remain in the region after graduating, something Schlesinger can relate to after spending most of his adult life here.

Among the activities keeping him busy in retirement is a passion for photography that has taken him around the world, including a trip to Cuba a couple of years ago. He has even donated prints of his photos to CSUSM’s annual gala.

Schlesinger also stays busy at CSUSM’s Math Lab where he tries to volunteer a couple of times each week.

“We are very grateful for the hours that Steve spends volunteering in the Math Lab; his contributions extend much further than the math support he provides,” said Jennifer Brich, director of CSUSM’s Math Lab. “In addition to being a great tutor he is also a mentor and role model to my staff.”