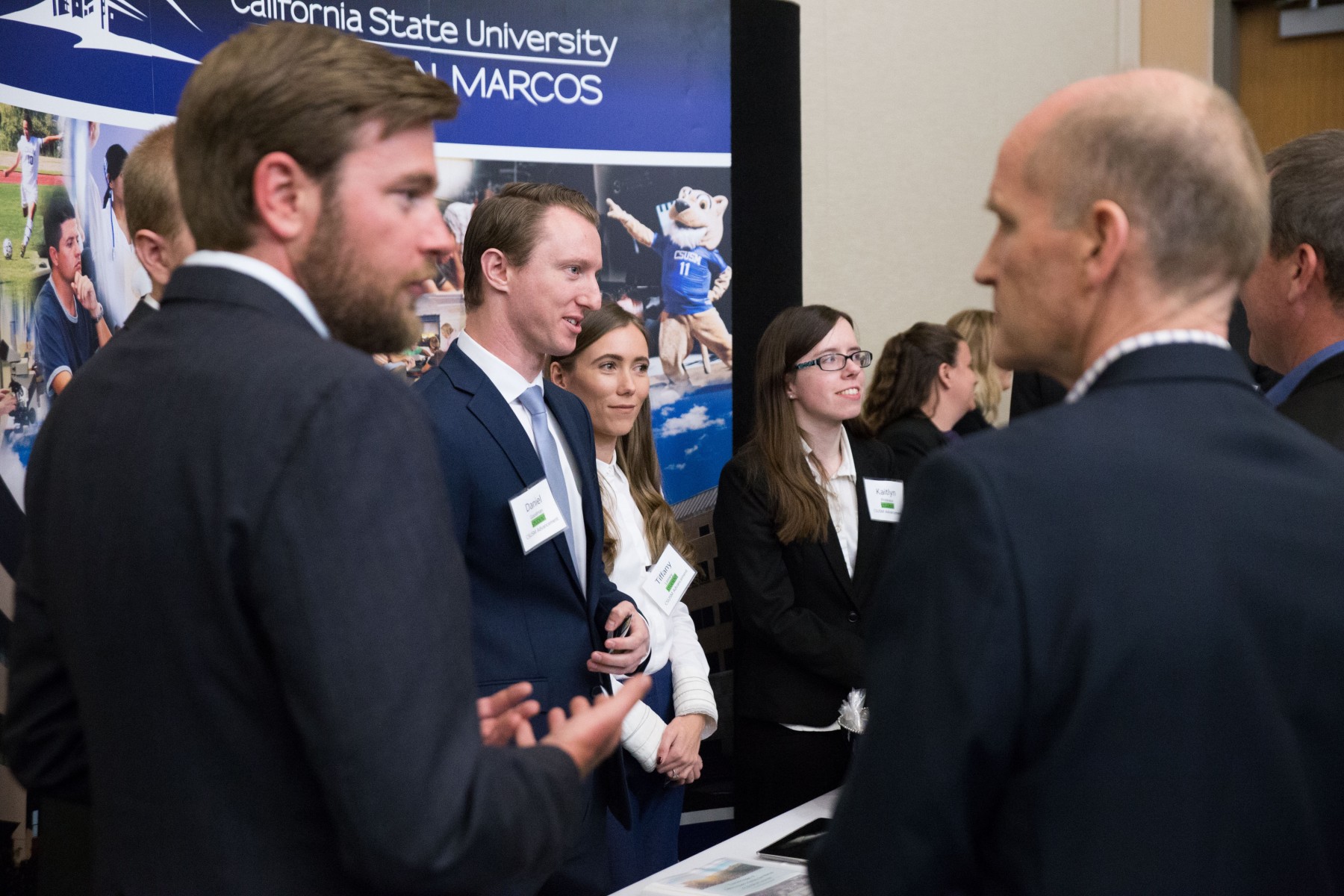 A comprehensive study of Cal State San Marcos’ economic impact has found that the University is fueling more than $458 million into the region each year and supporting thousands of jobs in industries ranging from retail to real estate.

The study examined spending from the 2016-17 academic year. The study’s authors collected data from the CSUSM Budget Office, the National Student Clearinghouse Research Center, the United States Census Bureau’s American Fact Finder, the Federal Reserve Economic Database, the California Department of Industrial Relations, and taxrates.org. Students based their modeling methods on a similar analysis of spending at Cal State Fresno and utilized IMPLAN software to measure the impacts of the data that was collected.

“If anything, our analysis was on the conservative side,” said Kevin Dunwell, an accounting major who led the six-member team.

The report evolved from the University’s renowned Senior Experience Program, which matches students with projects submitted by local businesses and organizations – in this case, CSUSM’s University Advancement. Students working on the study included Dunwell as project coordinator, Randall Brady, Timothy Bynum, Daniel Goodman, Kaitlyn Prideaux and Tiffany Linney. All come from different backgrounds and interests. Bynum, for example, works in pharmaceutical sales. Goodman works as a financial analyst. Linney will be pursuing a future in interior design.

If anything, those disparate experiences strengthened the project by bringing a variety of perspectives to the task at hand.

“I can’t convey enough how impressed I am with these students and their report,” said Sarah Villarreal, Associate Vice President for Community Engagement, who was the project’s sponsor. “They had a limited amount of time to work on this, they had to learn new software to get it done, they had to figure out the modeling on the fly and on their own. From my perspective, they came up with a report rivaling that of a professional consulting firm.” 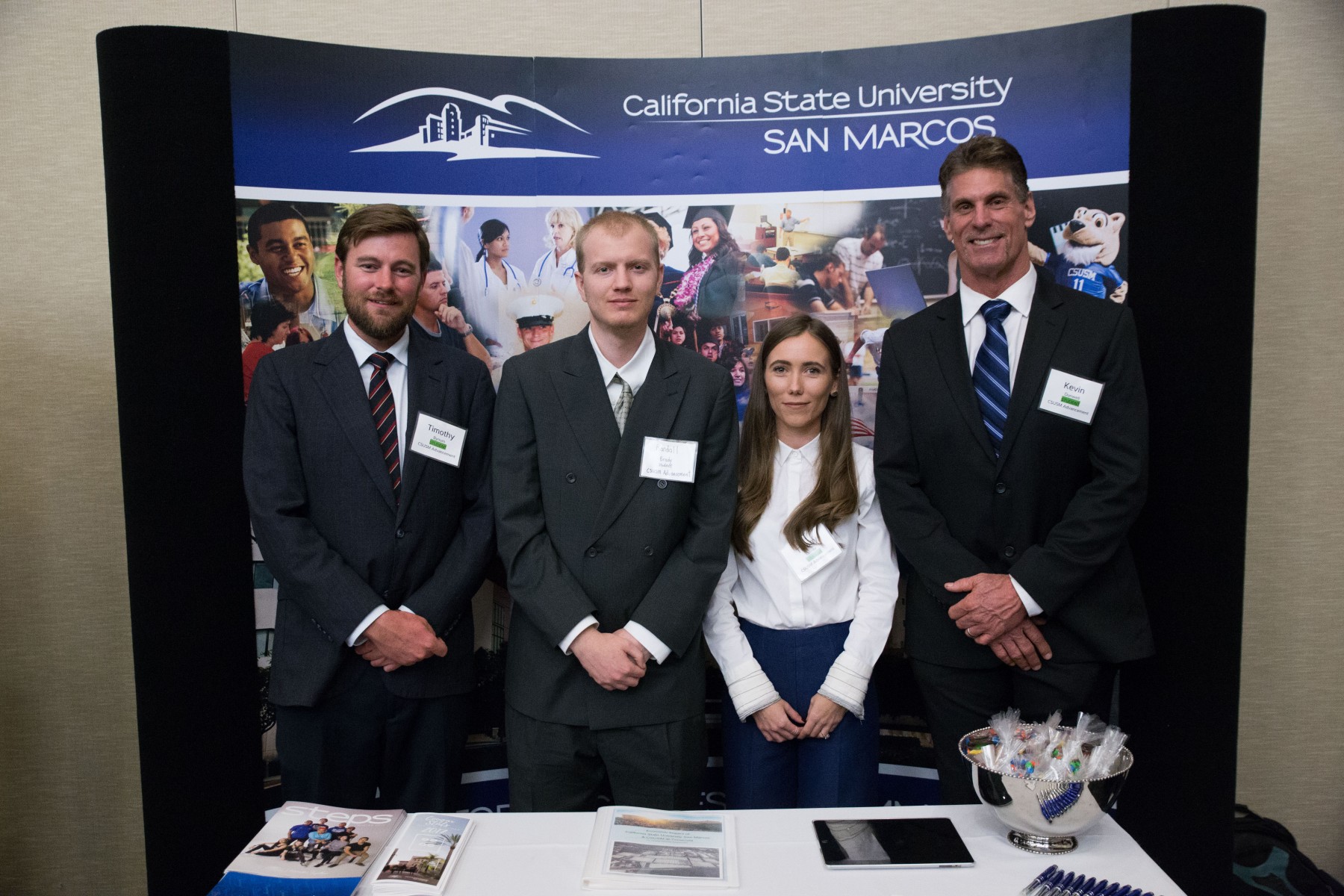 None of the students had any prior experience in writing a detailed economic analysis of this type before CSUSM’s University Advancement approached them with the project proposal. Students started by reading economic impact reports conducted for other colleges and universities, looking at the nuances of the methodology involved, and becoming familiar with the IMPLAN software.

“It seemed a little ominous at first, but little by little, you start pecking away at what you have to do,” Dunwell said. “When you take it one step at a time, you start understanding everything a little better. We also had a lot of help from a lot of people at the university, and eventually it came all together.”

Students integrated twice weekly meetings with work and school and a lot of late nights that often merged into the early morning. Economic impacts at both the main campus in San Marcos and a satellite campus in Temecula were examined. Among the findings: the nearly $127 million in payroll distributed and spent by CSUSM and its auxiliary organizations supports more than 2,000 jobs; excluding tuition, fees and books, students spent $150 million on goods and services; and the total estimated state and local tax revenue generated by university-related activities comes to approximately $26 million annually.

“This is the kind of economic impact report that most universities will spend up to a year to complete and will often go to an outside firm to get done,” said Dr. Andreas Rauterkus, a professor of finance who served as the team’s faculty adviser. “These students provided the same type of quality, and they did it in three months.”

Added Rauterkus: “This team and their project says a lot, and it says a lot of good things about the quality of education students are receiving at Cal State San Marcos. It says a lot about what they have been taught and how well they are prepared to go out into the real world and put what they’ve learned in the classroom to work.”