Working Together in Building Software Development 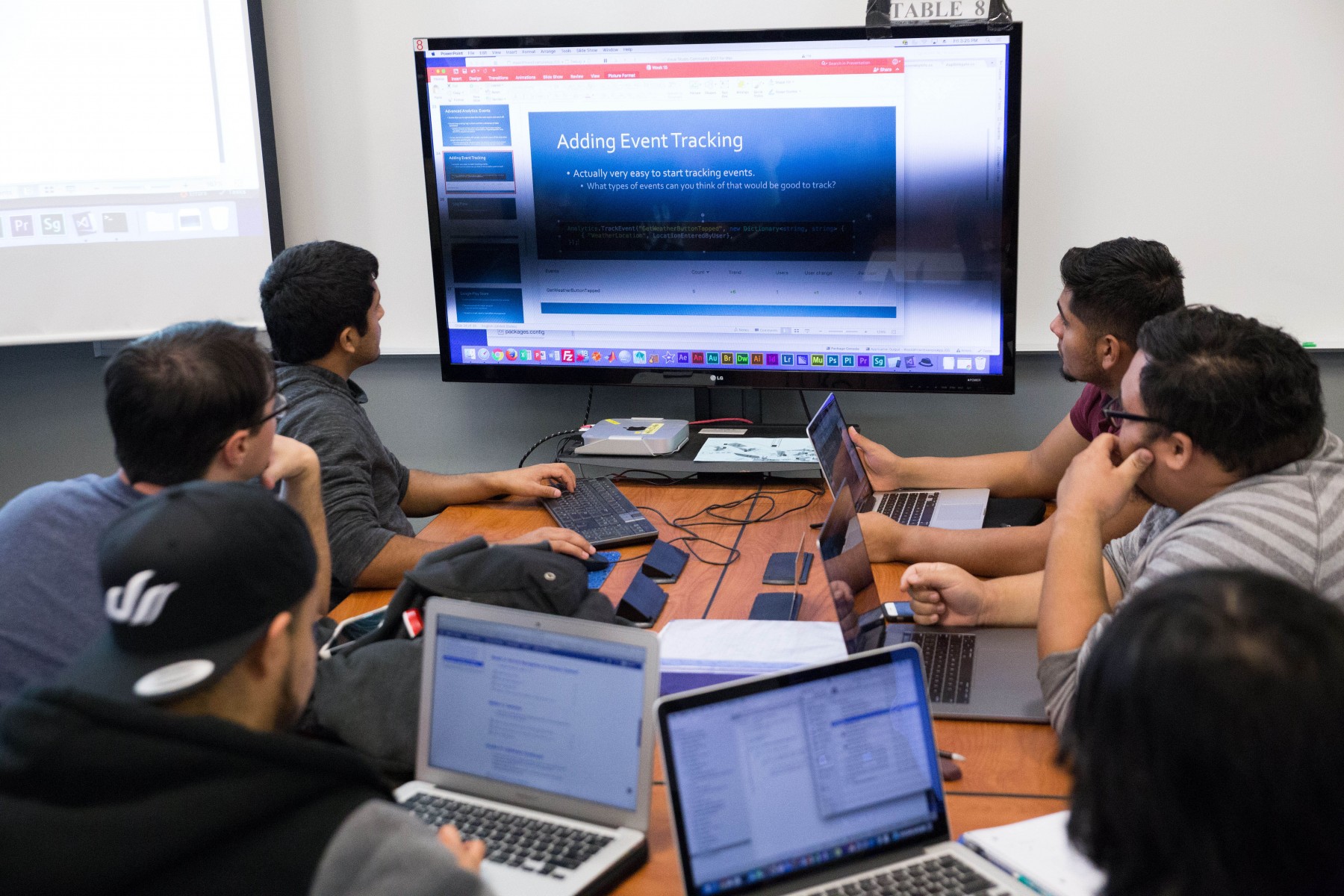 It’s all about teamwork.

That’s the message in the partnership between the Computer Science & Information Systems Department at Cal State San Marcos and Hunter Industries, a partnership that has students working as computer programming interns and employees at one of the largest manufacturers of irrigation and lighting systems in the world.

“It’s been a very productive relationship that has been beneficial to both Hunter Industries and Cal State San Marcos,” said Dr. Youwen Ouyang, who chairs the Computer Science & Information Systems Department.

The connections run deep. Chris Lucian, who oversees a 27-member software team as Hunter Industries’ Director of Software Development, earned both his bachelor’s degree and master’s degree in computer science from CSUSM, and up to half of the eight interns chosen annually to work in Hunter’s software development division are CSUSM computer science majors.

“Hunter has provided a lot of internship opportunities over the years for our students, which provides a way for them to gain valuable insight into the industry and get their foot in the door,” Ouyang said.

It’s working, too. Half of Hunter’s full-time junior software developers are CSUSM alumni.

“The quality of applicants we get from Cal State San Marcos is pretty high,” Lucian said. “They have an excellent program.”

The collaboration was kicked up a notch when Thomas Desmond, a Hunter Industries mob programming software engineer, this fall began teaching an Introduction to Mobile Programming course as an adjunct instructor. The CS481 course introduces students to the fundamentals of developing applications for both IOS and Android devices using Xamarian’s cross-platform software. The class is now in the process of developing a smart phone weather app that provides forecasts and weather data from across the globe.

“There’s a lot of group learning, a lot of sharing of knowledge and ideas, a lot of interaction among students.”

For many students, the class offers their first experience in developing mobile applications. Starting from scratch, by the end of the term they’ll be able to create apps that can be released on the iOS app store and the Google Play store, Desmond said.

“There’s a lot of group learning, a lot of sharing of knowledge and ideas, a lot of interaction among students,” Desmond said.

Added Lucian: “Cal State San Marcos has got to be one of the only schools anywhere teaching anything about mob programming, so their students are especially prepared to work at Hunter Industries once they graduate.”

Lucian and Desmond praised CSUSM for the role it plays not only in building Hunter Industries, but also in building the regional economy. Lucian embodies CSUSM’s success.

“We’re proud of our students, and we’re proud of the work they’re doing with Hunter Industries,” Ouyang said.

Working Together in Building Software Development