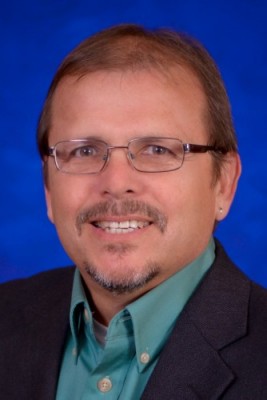 The annual Wang Family Excellence Award recognizes four outstanding faculty members and one outstanding staff member from the California State University system who, through extraordinary commitment and dedication, have distinguished themselves by exemplary contributions and achievements. Their activities advance the CSU’s mission and enhance excellence in teaching, scholarship and service. Each recipient is given a $20,000 award.

“It’s an incredible honor,” Trujillo said. “I work with some extraordinary people here at Cal State San Marcos and in the entire California State University system, and this award could have gone to any number of people who are deserving. So, I feel this is more of a recognition of the work we all do, rather than an individual award.”

Trujillo’s areas of specialization are psychopharmacology and neuroscience, and his current research focuses on the behavioral and neurobiological effects of psychoactive drugs.

Trujillo has trained scores of first-generation college students in his psychopharmacology laboratory at CSUSM, with more than half of them transitioning to Ph.D. programs at some of the most prestigious universities in the country.

He mentors scientists from disadvantaged groups nationwide as co-director and principal investigator of a prestigious National Institute of Mental Health summer program at the Marine Biological Laboratory in Massachusetts. And he serves as director of the CSUSM Office for Training, Research and Education in the Sciences, which has recruited, trained and mentored more than 600 students in STEM fields over the past decade.