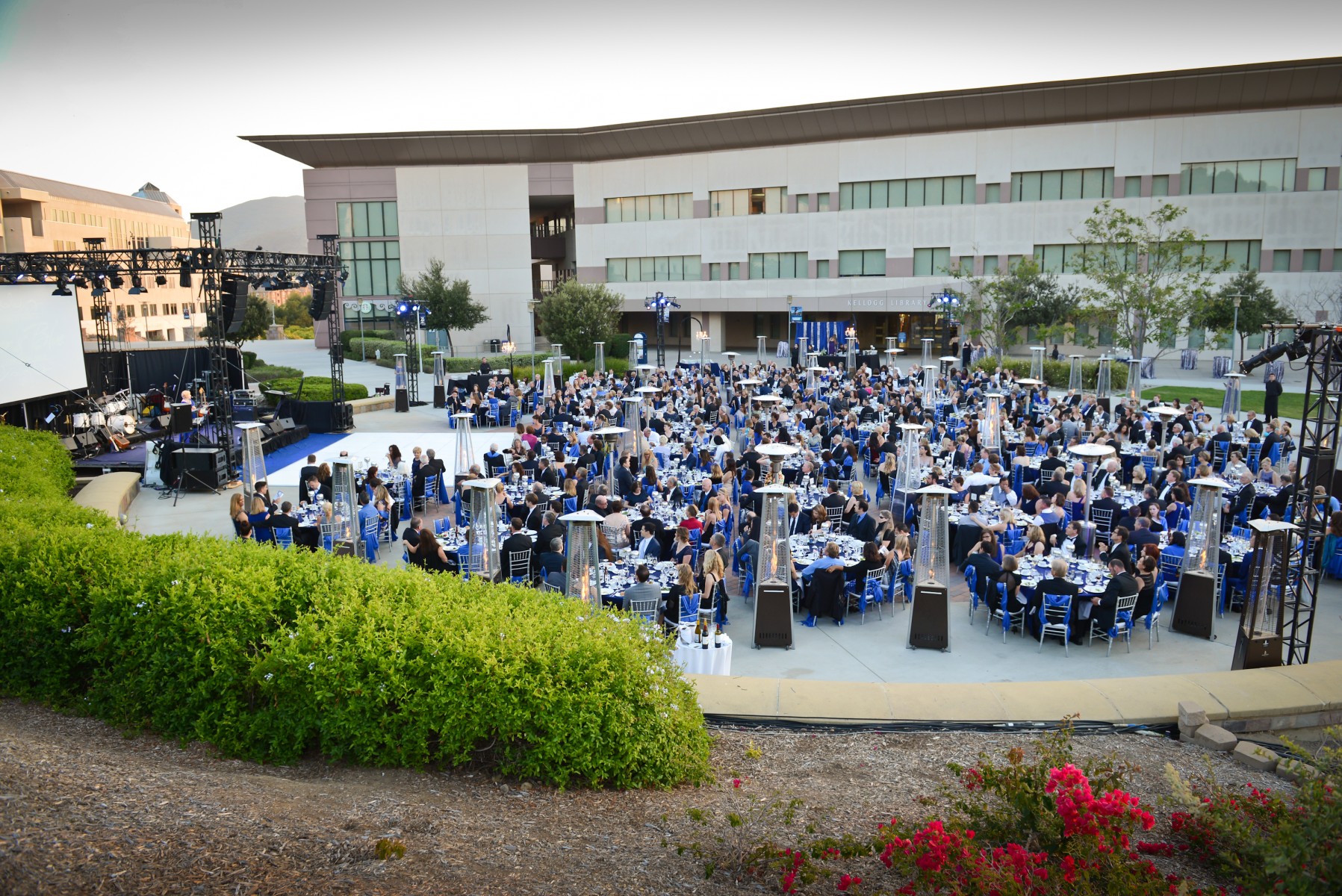 Panorama View of the 2015 CSUSM Gala.
CSUSM’s Annual Gala: Celebrating 25 Years in Silver and Blue was attended by over 500 guests and raised a record $180,000 for scholarships, student programming and faculty professional development.

Leaders from the San Diego and Riverside County philanthropic, government and business communities came together with students, alumni, faculty and staff to celebrate the 25th anniversary of California State University San Marcos at its annual summer gala on June 20. The black tie affair, co-hosted by CSUSM President Karen Haynes and the CSUSM Foundation Board, raised a record-breaking $184,000 to support scholarships, student programming and the professional development of faculty.

During the event, Kellogg Plaza was magically lit up in lights with the majority of the over 500 attendees wearing blue or silver in honor of CSUSM’s milestone year. Honored guests included Lou Monville, chair of the California State University Board of Trustees; Richard Rush, CSUSM’s first executive vice president and the current president of California State University Channel Islands; and Bill Stacy, CSUSM’s first president.

During her remarks, President Haynes reflected on how far Cal State San Marcos has come since she arrived as the institution’s third president in 2004.

“Together we have built a University with high-impact programs preparing tomorrow’s leaders for the challenges of a rapidly changing world; a University building great communities by truly engaging with and reflecting those communities; and a University solving critical issues with cutting-edge research and with a guiding spirit that is nimble, entrepreneurial and future-focused,” she said.

At the gala, CSUSM showcased a video highlighting how scholarships have positively impacted three first-generation students in achieving their academic dreams.  Watch the video now or view and download photos on Flickr here and here.