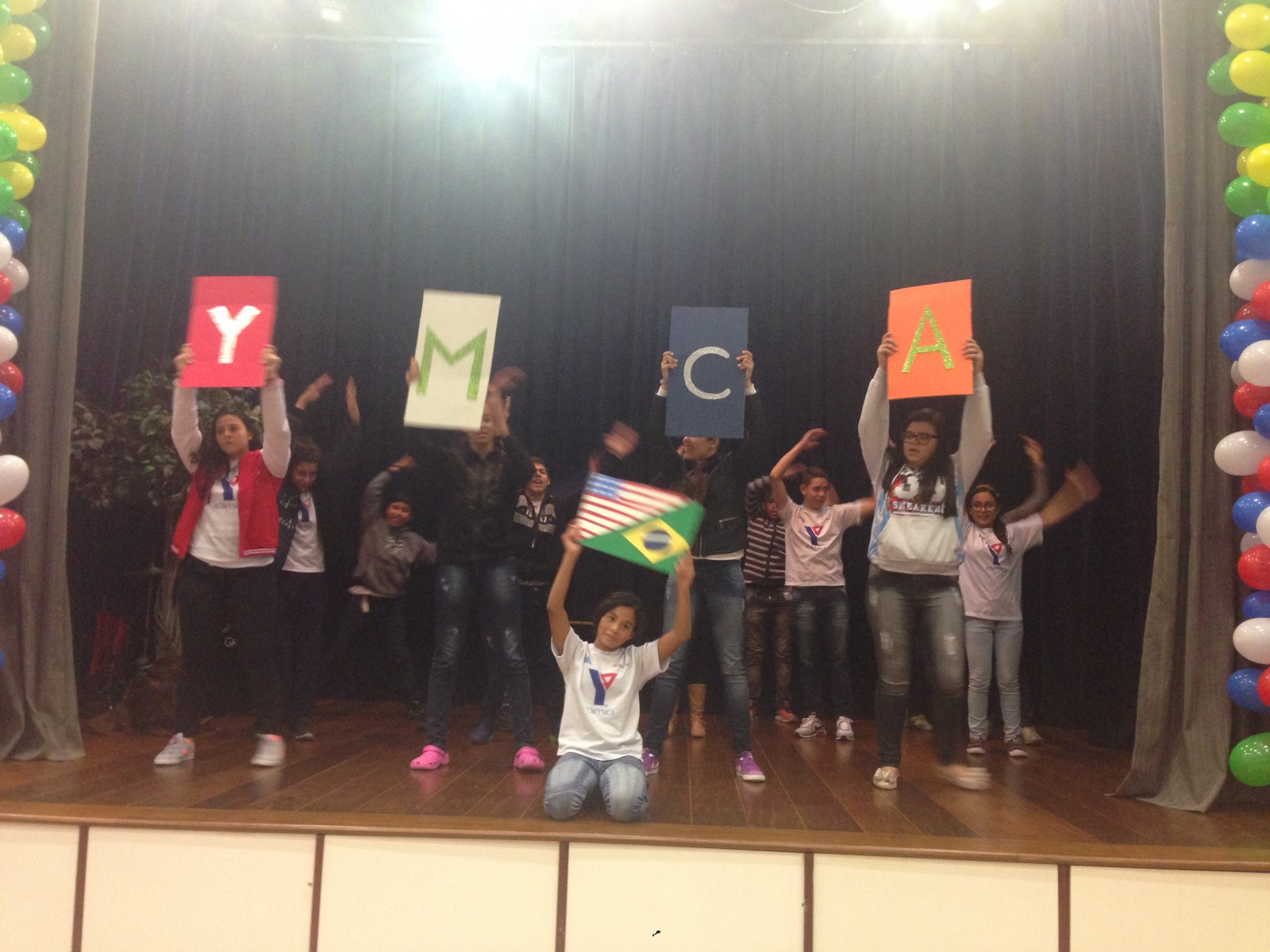 HD495 in Brazil with the YMCA
Professor Elizabeth Bigham took 12 Cal State San Marcos students on a three-week trip to Brazil in June. The students worked at a Sao Paulo YMCA to help children learn English.

The students in Cal State San Marcos professor Elizabeth Bigham’s Human Development 495 Field Experience course couldn’t have imagined the emotional bond that would develop over just a couple of weeks working with children in Brazil.

“I just thought it was cool from the first day when it was super awkward – we all sat in the corner next to each other and Bigham was like, ‘Mingle, go in and mingle with the kids’ – compared to the very last day we were crying when we left because it was so sad to leave them,” said student Isabella Passentino, who worked in a group that included classmates Adelle Brophy and Barbara Knapp.

They were among 12 CSUSM students who made the three-week trip with Bigham. Not only does the course give students a chance to gain 90 hours of field experience, studying abroad allows them to gain a greater sense of direction in their personal and professional development, broaden cultural perspective and improve critical thinking skills.

Students had two pre-trip meetings: one to discuss Zika virus and the other to review some of the curriculum. But there was no crash course on Portuguese or how to communicate with non-English-speaking children as young as 7.

“They really rose to the occasion,” Bigham said. “They adapted to where the kids were, they listened to them, they let the curriculum and the show kind of emerge from the kids.”

The students were based at a YMCA in Sao Paulo. They worked in groups of three to teach the children English. There were about 120 children ranging in age from 7 to 14 split into morning and afternoon sessions with about 15 children per class.

Using the theme “All About Me,” the students worked with the children for two weeks, culminating in a performance on the final night to show off what they learned.

The students started each day with breakfast with the first group of 60 children. A three-hour class was followed by a break that included a chance to touch base with Bigham on any issues. A second session with the other 60 children followed in the afternoon. The students met with Bigham for up to two hours each night to discuss three questions: What’s working? What’s not working? What would you want others to know?

Most of the children and YMCA teachers spoke little English. And, because the CSUSM students didn’t speak Portuguese, it made for some challenges.

The CSUSM group that included Jordan Freiler, Jocelyn Herrera and Kennedy Ravelo had an additional challenge – the YMCA teacher assigned to their classroom had been let go just before they arrived in Sao Paulo, leaving them on their own with the children.

Much of the first week was spent getting to know each other and work on English basics like greetings, colors and foods. The second week was more focused on preparing the children for the show.

“Every day we’d try to go over what we did the day before so it could stick a little longer,” said student Francisca Velazquez, whose group included Norma Campos and Catalina Petersen.

“Every time they came to class, they would grab their book right away and start practicing without us even telling them to grab their books,” student Cristian Mcgough said. “It was exciting to see.”

Said Catalina: “Sometimes I felt like they were teaching me more than I was teaching them.”

The older kids performed last. Their routine evolved quite a bit in the planning stages. It ended up being a little shorter than desired and Jocelyn came up with an idea to incorporate the Village People’s iconic “Y.M.C.A.” That idea grew to include the entire group, and all 120 children performed together after the older kids did one verse of the song.

The CSUSM students each took time to address the audience with a brief prepared message in Portuguese at the end of the show. One of the YMCA teachers, with help from the children, created little dolls that were replicas of each CSUSM student to present as going away gifts. The dolls, which double as pens, are so detailed that even the clothes were patterned after what the students had worn.

“The parents were so, so proud,” said student Lillian Murphy, whose group included Mcgough and Cristal Trasvina. “At the end of the show we had parents running up to us wanting us to take pictures with their kids. It was very tearful.”