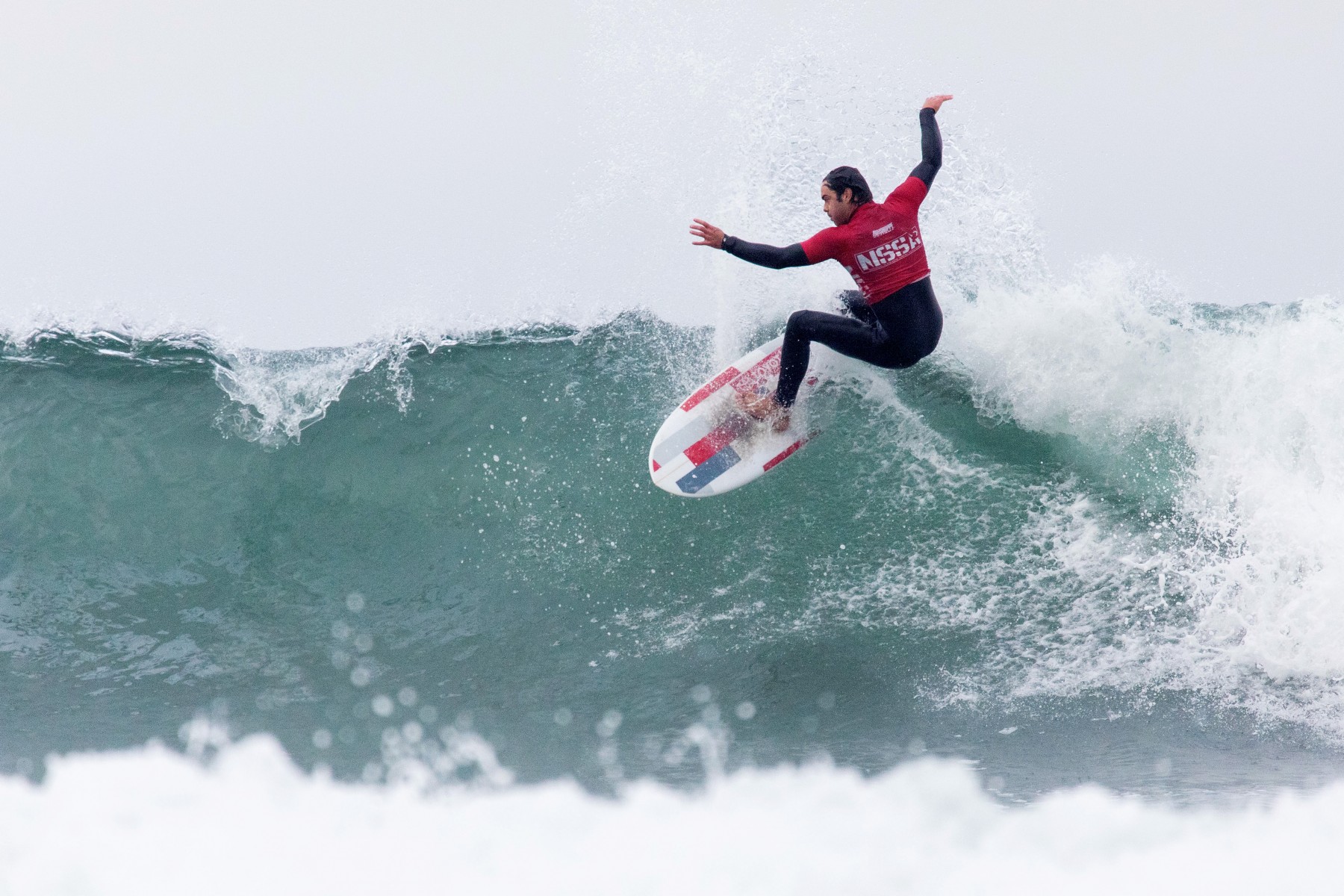 Before the season began, the Cal State San Marcos surfing team lost one of its top performers when Will Reichel decided to spend some time studying abroad.

And when top performer and Pro Junior Tour surfer Micah Crozier went down with a broken femur on a surfing trip along the Central Coast over the winter break, the squad figured its chances of winning the National Scholastic Surfing Association championship were washed away.

“We almost accepted that without one of our best surfers, we probably didn’t have a shot at the title,” said junior Maya Saulino, a kinesiology major who is the team’s vice president. “Each competition we were neck-and-neck with the schools that have dominated each year, and it was always so close. Without Micah to help push us over the edge, we knew it would be really challenging to overcome those schools.”

But overcome they did.

The team rallied behind its strong core of veterans, who mixed brilliantly with some newcomers as CSUSM captured the first conference title in surfing's 18 seasons as a club sport at the university with a victory at Steamers Lane in Santa Cruz in early February.

“When we won the conference championship, I was honestly in shock,” team president Shane Freyberger said. “We knew this was a long time coming, but the fact that we all came together strategically was huge. CSUSM has always had a lot of great surfers just due to its natural location in North County, but with great surfing can come a great ego, especially in a hybrid independent/team sport like ours. The team really deserved this win after over 10 years of no title.”

CSUSM surfing captured a national championship in 2009, but this marked the first conference title in team history.

The team began postseason action March 1 with the state championships at Seaside Reef in Cardiff.

“It was such a big blow to the team,” Amber Puha, the team's faculty adviser and a CSUSM math professor, said of Crozier’s injury. “I’m really impressed with their resilience and how they have rallied. New people have stepped up.”

Giancarlos Urcia Calle led the effort in Santa Cruz. Ranked fourth on the West Coast, he made the finals and finished in fifth place. Longboarder Jack Costello placed fifth as well, while Evan Sandison’s semifinal finish and Kevin Blanke’s quarterfinal showing were key.

“The one who was really clutch on the team was Maile Davis,” Puha said. “She gave her best result of the season, showed up in the final, and turned it into a third-place finish.”

The surfing team at CSUSM began in 2002. It’s the longest-standing club sport on campus. The NSSA runs the college team season series, which consists of five events over the course of the fall and spring semesters. The 2018-19 regular season culminated at Steamers Lane for the two-day championship.

The format for each event is similar to a track and field event. Competitors surf in individual heats and, based on their placing in those heats, continue to advance. The farther they advance, the more points are accumulated for their team. Each team consists of six shortboard men, two shortboard women and a longboarder.

Individual results are crucial, but an overall team effort is necessary to make history.

“Nearly all of our competitors, including myself, have grown up competing in surf competitions,” Saulino said. “While that was always really fun, we have all only known surfing to be an individual sport. Coming to CSUSM and being part of something bigger than just our own personal results has been so rewarding. Winning feels great and losing always hurts, but everything is better when you can share those experiences with your friends.”

The team probably wouldn’t exist without the help of a couple of local companies. Hansen’s Boardroom has sponsored the team since day one. Don Hansen and La Tessieri paid for the team’s insurance at the beginning and have donated money every season while also offering shop discounts for team members.

In addition, Chemistry Surfboards owners Jason Bennett and Will Smith have helped provide surfboards for the squad for the past decade.

Despite not getting the stature and funding of an NCAA sport, the CSUSM surfing team has a special bond. The members regularly hang out and surf together, which has helped form a support system in and out of the water.

“There are a few kids on the team who are really the standouts on the water, but they act like humble, willing team members in all respects in everything the team has to do,” Puha said. “Whether it’s to be at a sexual violence training or a hazing prevention training or show up for practice or to have to travel, they put their hands up first and say, ‘I’ll be there.’ It’s a little bit unusual, at least from my perspective as the faculty adviser for 18 teams now. Surfers are very individual. A lot of them have never really played another sport, so they haven’t experienced what it means to be part of a team. This group really understands that.”

Freyberger has been the steady leader who takes care of many administrative duties that most college athletes don’t even think about. He views his role as team president as an opportunity to help build the program into one of continued national prominence.

The next stop in that goal is the state championships in Cardiff.

“I think a win like this one will get more of that support down to the beach and help one of the first sports on our campus blossom to hopefully national titles, more sponsors, and just kind of promoting happiness, enjoying your passion with longtime friends,” Freyberger said.