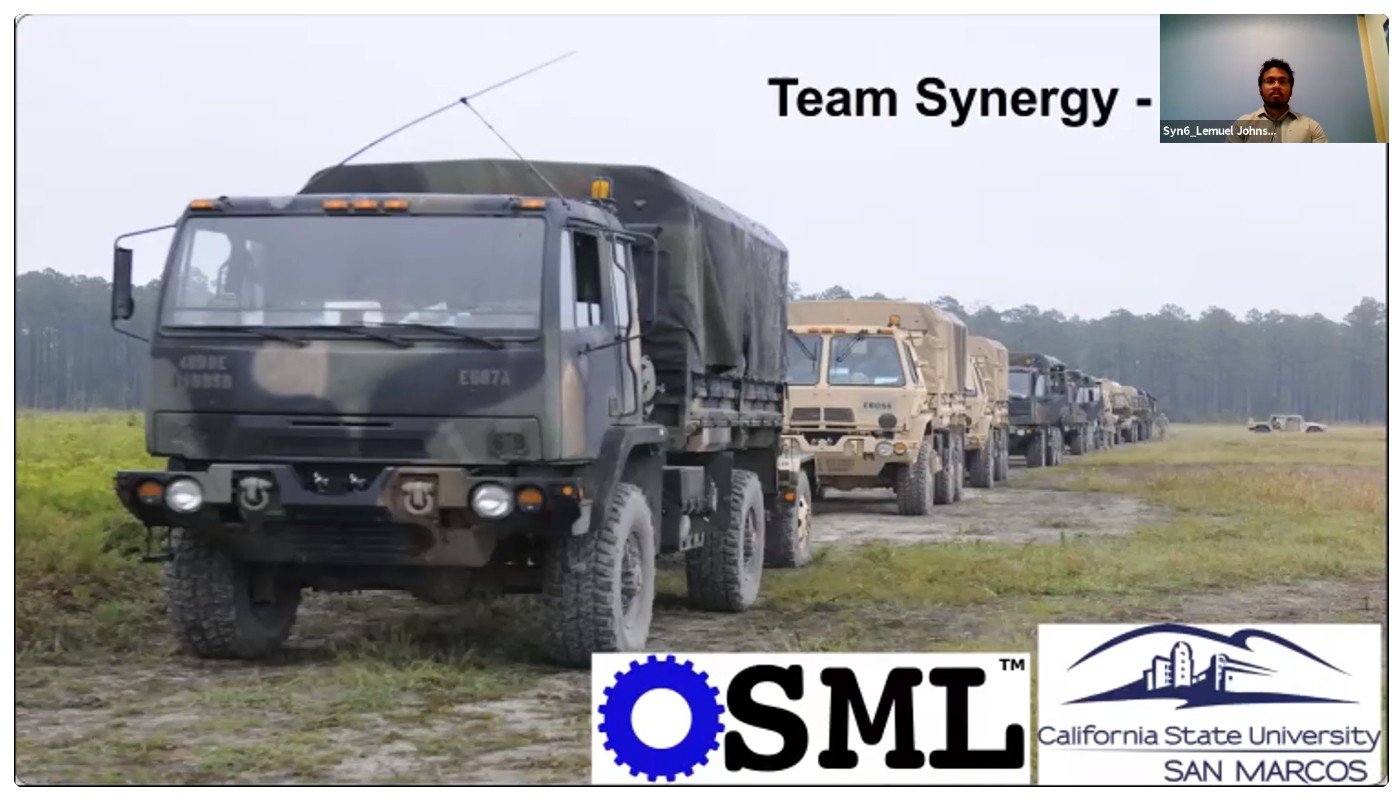 A CSUSM team collaborated to win funding to develop an idea that could help the U.S. Department of Defense.

A team composed mostly of current and former Cal State San Marcos students is one of only four groups nationwide to win contract funding from the National Security Innovation Network, which helps solve problems for the U.S. Department of Defense.

The team from CSUSM received an award of $15,000 based on its pitch during the NSIN virtual hackathon “Mad Hacks: Fury Code,” which took place Feb. 5-26. The hackathon challenged more than 500 registered participants to develop technologies or systems to help human-controlled and autonomous vehicles operate through cyber-attacks or other instances of electronic warfare.

The group came together through a CSUSM Innovation Hub program called I3T, which stands for Intercollege, Industry, Innovation Team. It’s an entrepreneurial team of students that connects colleges across campus with businesses, solving critical issues and developing a strategic business plan to implement the idea. The I3T program is funded by CSUSM donors Mr. and Mrs. Joe Bear.

“This was a wonderful example of the CSUSM Innovation Hub connecting students, faculty and our community partners to solve societal needs through innovation and entrepreneurship,” Innovation Hub Director Jill Litschewski said. “We are so proud of the team and are excited for future collaborations.”

The $25,000 grand prize in the Mad Hacks event went to Team Distributed Spectrum, composed of three seniors at Harvard University, for a solution that will detect cyber-attacks in the radio spectrum in real time.

The NSIN is a Department of Defense program office that seeks to create new communities of innovators to solve national security problems. It partners with national research universities and the venture community to reinvigorate collaboration between civil and military technology.