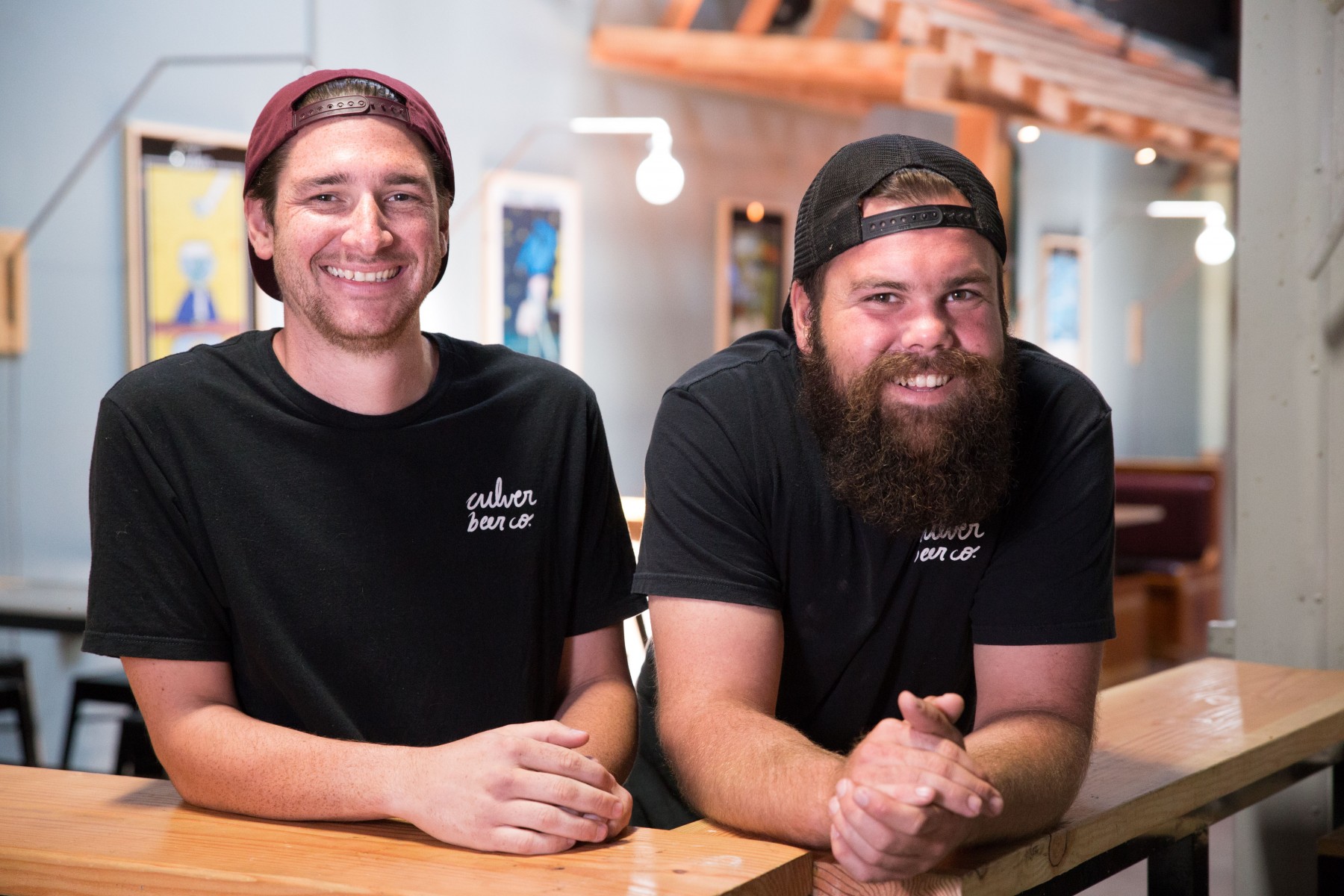 Ben Fairweather and Mike Stevenson have learned more than their share of lessons while working to open Culver Beer Company.

But the biggest surprise?

“The money going out the door,” said Stevenson, laughing.

“Lucky for us beer is a pretty good bartering option,” Fairweather added.

A few growlers of Tiger Ride or Strange Ways, two of Culver’s signature beers, goes a long way when it comes to getting help with welding or installing fire sprinklers.

The lessons Fairweather and Stevenson learned are paying off as Carlsbad-based Culver continues to thrive since opening its doors in February 2016.

“One of my favorite things is all the regulars we have,” Fairweather said. “We have all these friends from all walks of life. That’s what’s cool about it. People say it’s like the local Cheers.”

Fairweather and Stevenson both grew up in coastal North County and attended Cal State San Marcos. But it wasn’t until after graduating – Fairweather with a business administration degree in 2014 and Stevenson with a bachelor’s in economics in 2012 – that they met through mutual friends and bonded over their shared passion for craft beer and a desire to start their own brewery.

Fairweather had tried his hand at home brewing during college with minimal success – “That’s why I had to get Mike involved,” he said with a laugh – but he possessed the necessary business acumen to open a brewery.

Stevenson also did some home brewing while at CSUSM, but wasn’t happy with the results. After graduating, he emailed breweries in Germany offering free labor in exchange for a bed and meals so he could learn the ins and outs of brewing. After six months at a brewery near Cologne, Germany, he returned to San Diego to work at Twisted Manzanita Ales and Spirits.

“The experience in Germany was really cool,” Stevenson said, “but the experience at Manzanita truly taught me craft production brewing.” 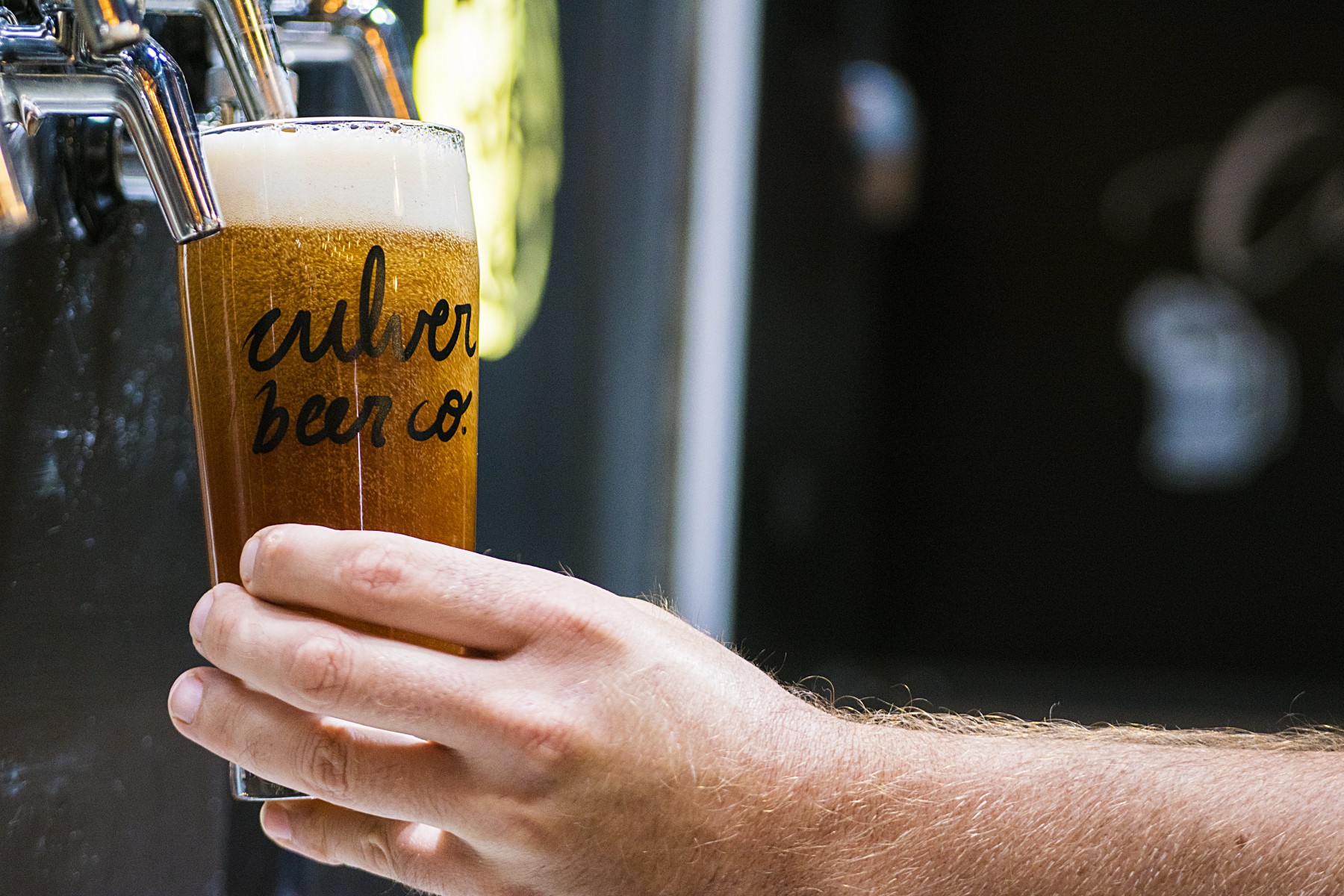 Once Fairweather and Stevenson decided to open Culver, they began navigating the lengthy, and often complex, approval process. The six-month waiting period to present their proposal to the Carlsbad City Council gave them ample time to work on plans for the business.

They secured warehouse space on Loker Avenue in Carlsbad and were able to move quickly once the city approved the tasting room.

There were hiccups along the way – they chose the name Culver after learning of trademark issues regarding their original choice – but Fairweather and Stevenson treated them as part of the learning process.

They decided on a Frankenbrew system, which saved money by using parts from a variety of sources. By implementing cost-effective measures such as repurposing old dairy tanks, they were able to devote more resources to new fermenters.

“A lot of breweries will start over $1 million in debt because they’ll just buy a brand new system,” Stevenson said. “That was a little scary for us and there wasn’t really a way we could have done that.”

Fairweather and Stevenson were also able to rely on strong network of connections in getting Culver open. They did much of the labor themselves and used the ultimate currency in their business – beer – to get help with some of the more complicated projects.

“There’s a big sweat equity aspect of it,” Fairweather said.

The tasting room itself has undergone quite a makeover since first opening. Fairweather regularly scours Craigslist and eBay for potential additions. Even the bar top in the tasting room came from part of an old bowling lane.

One highly anticipated change is coming this summer with the opening of an adjacent deli, Locally Toasted. While some breweries rely on food trucks, getting one scheduled can be a challenge so Fairweather and Stevenson figured they might as well have their own on-site food option for customers.

But beer will always have center stage. Culver produced 240 barrels last year and is on pace for 500 in 2018. 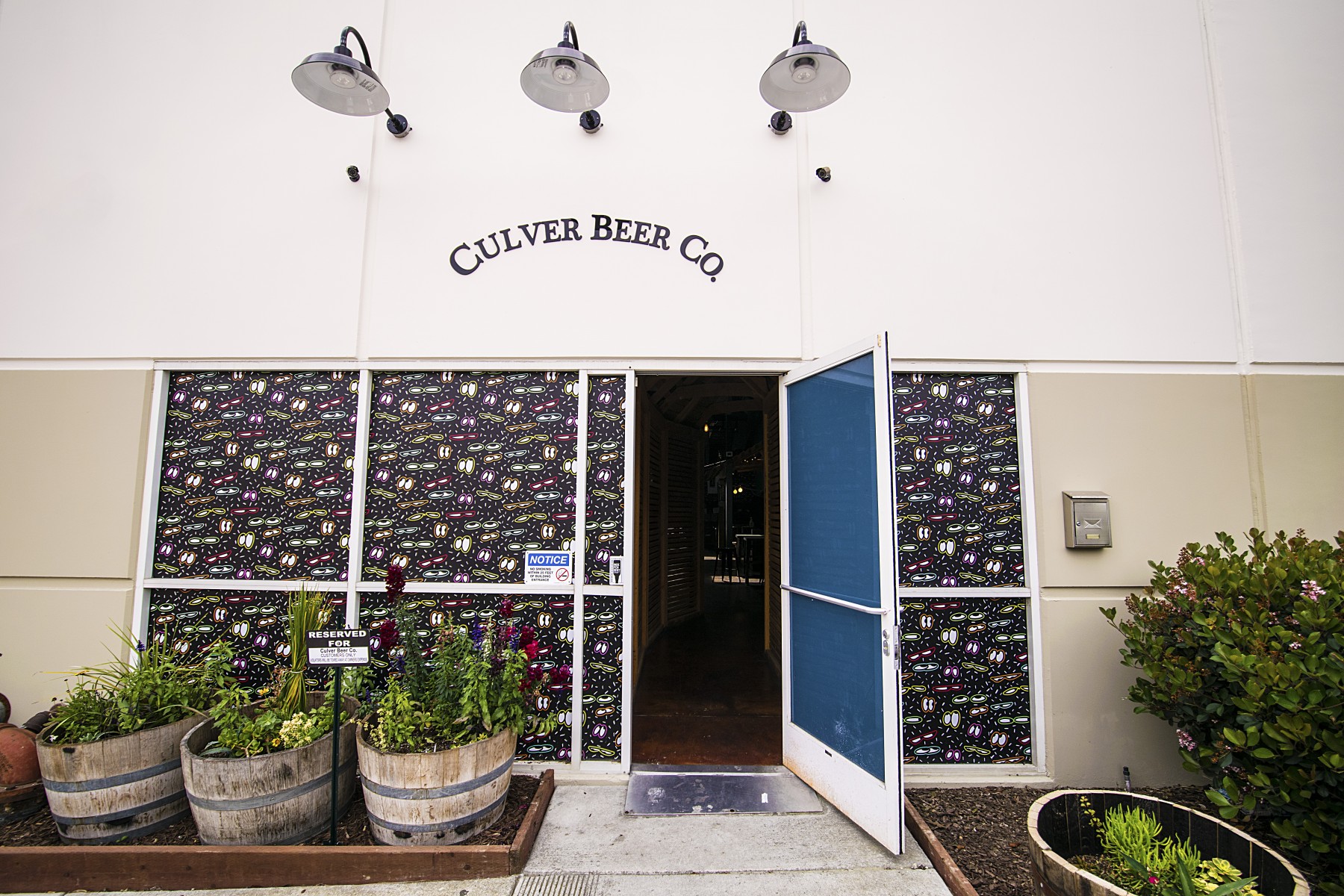 As the craft brewing capital of the world, San Diego County is well known for its IPAs, and Culver certainly offers its own array of IPA options. But Fairweather and Stevenson also take pride in the other styles they offer. Tiger Ride, a Belgian blonde, won a bronze medal at last year’s San Diego International Beer Festival.

“Mike does a great job spreading out the beers and having a broad range available,” Fairweather said.

Fairweather and Stevenson said they’re continuing to learn as they grow the business, and they look forward to expanding in the coming years.

While each day brings a new lesson, they are also applying the lessons learned from their time at CSUSM.

In Stevenson’s case, that includes using the knowledge imparted by CSUSM economics professor Ranjeeta Basu, who showed him the importance of analyzing data sets. As Stevenson notes, every sale that goes through the register tells them something.

“Even if I don’t use it right away, six months down the road I’ll have a big data set in case I have a question,” he said.

Then there were the other practical lessons learned at CSUSM.

“I’m really good at Excel,” Stevenson said, with a laugh.

“All of the professors were always helpful,” Fairweather added. “Even after I had graduated they were happy to answer questions. It’s a nice culture that they’ve created at Cal State San Marcos and it’s cool to be part of that.