Demonstrating a Winning Spirit On and Off the Court 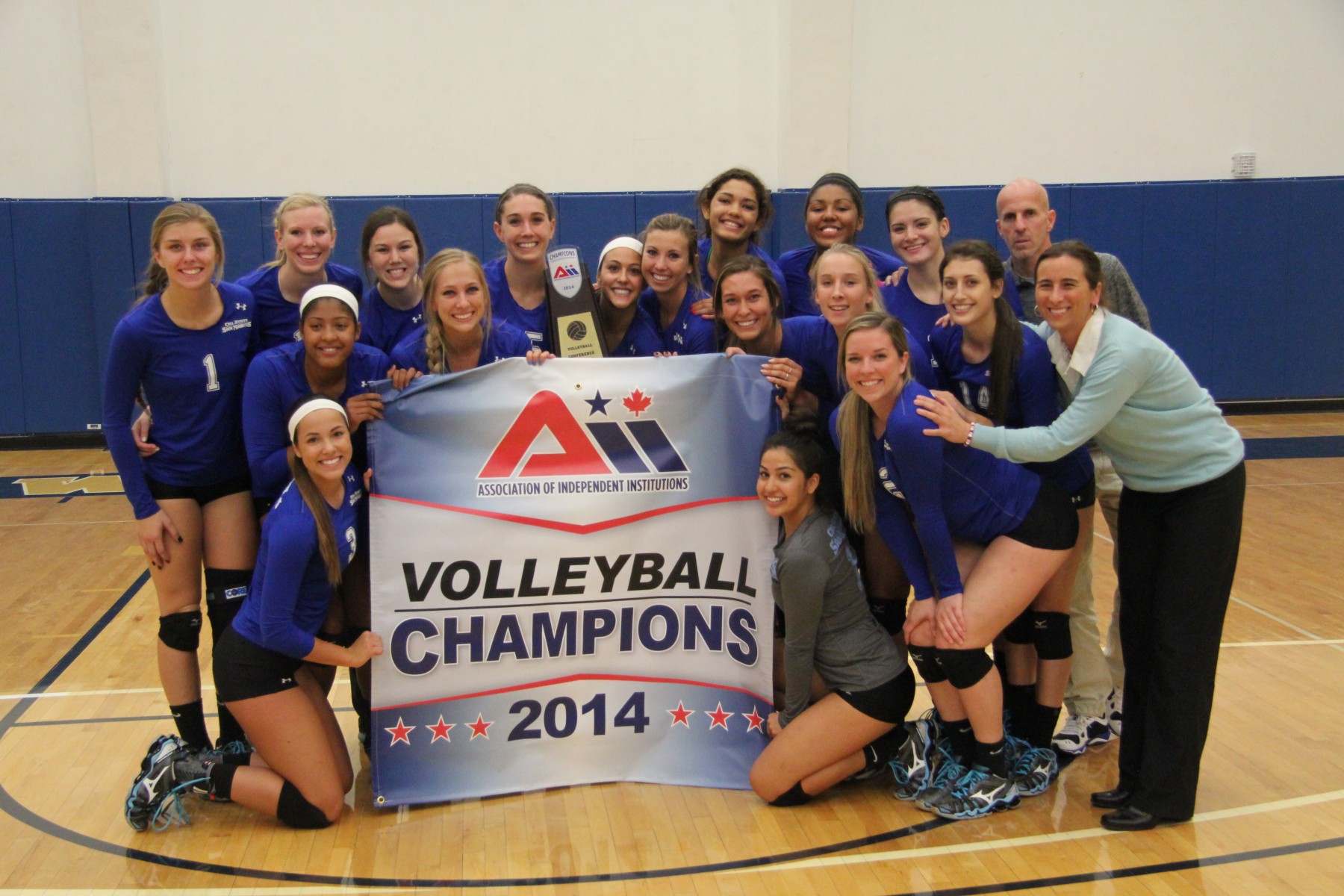 CSUSM has won four consecutive Association of Independent Institutions (A.I.I.) Conference Championships and made four trips to the NAIA National Championships, while earning six NAIA All-America awards. In addition, the Cougars have taken home three conference Player of the Year trophies, and Head Coach Andrea Leonard has been named the A.I.I. Coach of the Year four times.

It’s not just the on-court success that has turned CSUSM volleyball into a model that many college programs aspire to. More than sets, spikes and victories, CSUSM volleyball prides itself on developing players into well-rounded students and members of the community.

In 2010, when Coach Leonard was brought in to develop the fledgling program, the team had a practice gym but would need to play its home games at a local high school.

“Rather than focusing on what we didn’t have, I focused on what we did have and what we were going to build,” she said. “I wanted recruits to see the same thing. If I could light that fire in them, then that’s the type of person I wanted.”

The success was immediate. CSUSM went 29-8 as a rookie program in 2011. The following year the Cougars put together a 30-15 mark, won its second consecutive conference championship and advanced all the way into the Pool Play round of the NAIA National Championships.

Meanwhile, away from the nets, Leonard and the volleyball representatives on the Student-Athlete Advisory Committee were busy making connections with the surrounding community. The Cougars started visiting the Vista Village Senior Living center on a monthly basis, leading its residents in various exercises and encouraging moderate activity. 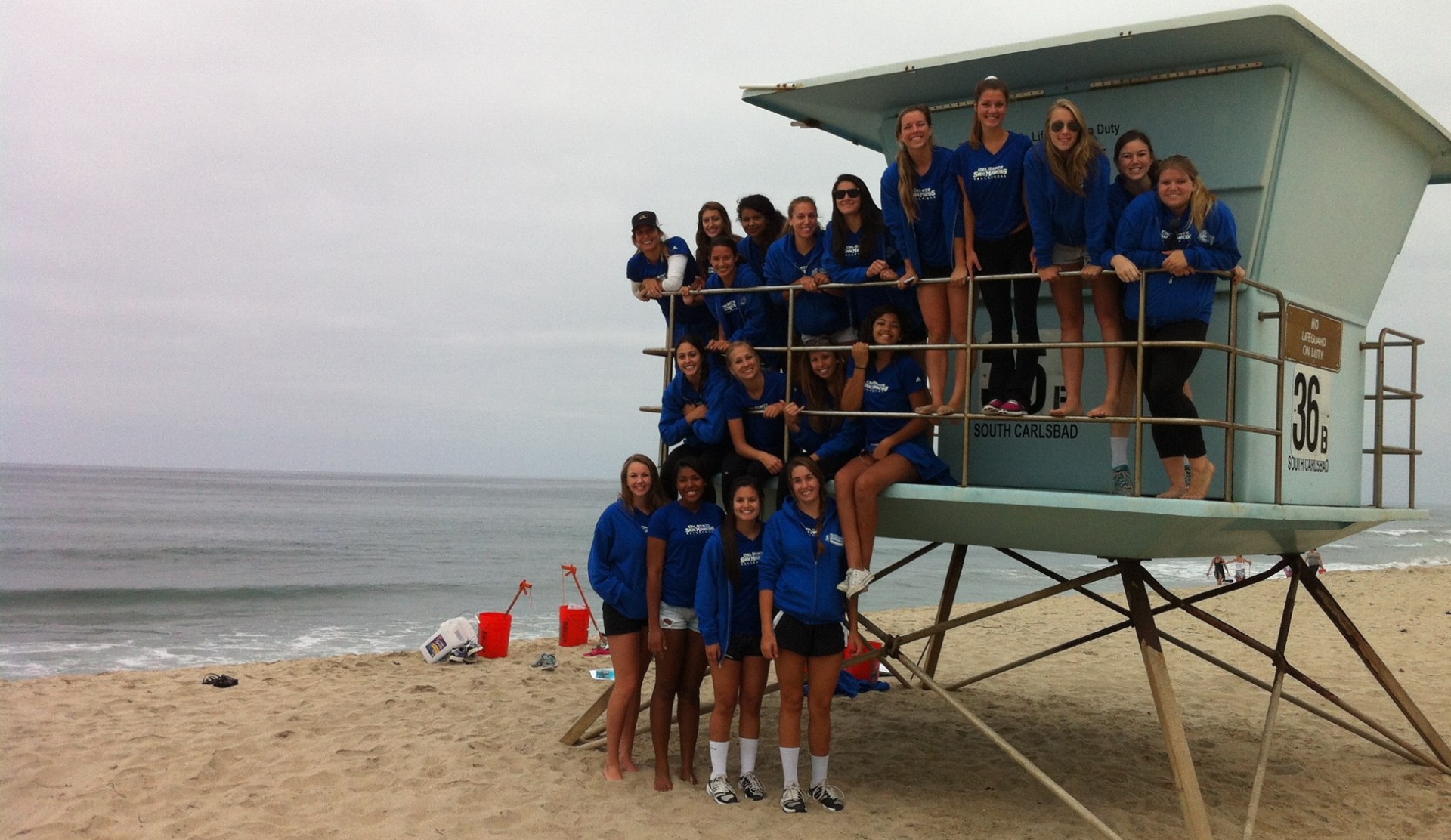 In addition, the Cougars actively pursued opportunities to clean up the beaches on which they played in their free time. They got involved with local youth volleyball clubs, helping out with practices and maintaining the gyms, but more importantly, acting as positive role models for young players.

“It’s about getting our college players into these gyms to be role models for young girls who can look up to them and say, ‘I want to be like her—I want to grow big and strong, and I want to go to college one day,’” said Leonard.

The combination of on-court success, dedication to community and commitment to building a program has been the recipe for success so far for Leonard and the Cougars. After going a combined 112-46 (.709) in the NAIA, the real test begins at the next level.

CSUSM is headed for NCAA Division II’s California Collegiate Athletic Association (CCAA), arguably the best conference in NCAA DII women’s volleyball. Ineligible for postseason over the next two seasons, once again Leonard will be tasked with finding the right players who share the vision of being a part of CSUSM volleyball’s foundation.

“As we transition to NCAA, of course, there’s the pressure that we put on ourselves,” she remarked. “It’s important to continue to build the program. That’s where our focus needs to stay: growing people and making the world better. The wins and success will come as a result of that. That’s why I look back on our last four years and the success that we’ve had so fondly. We’ve done it the right way.”

Demonstrating a Winning Spirit On and Off the Court