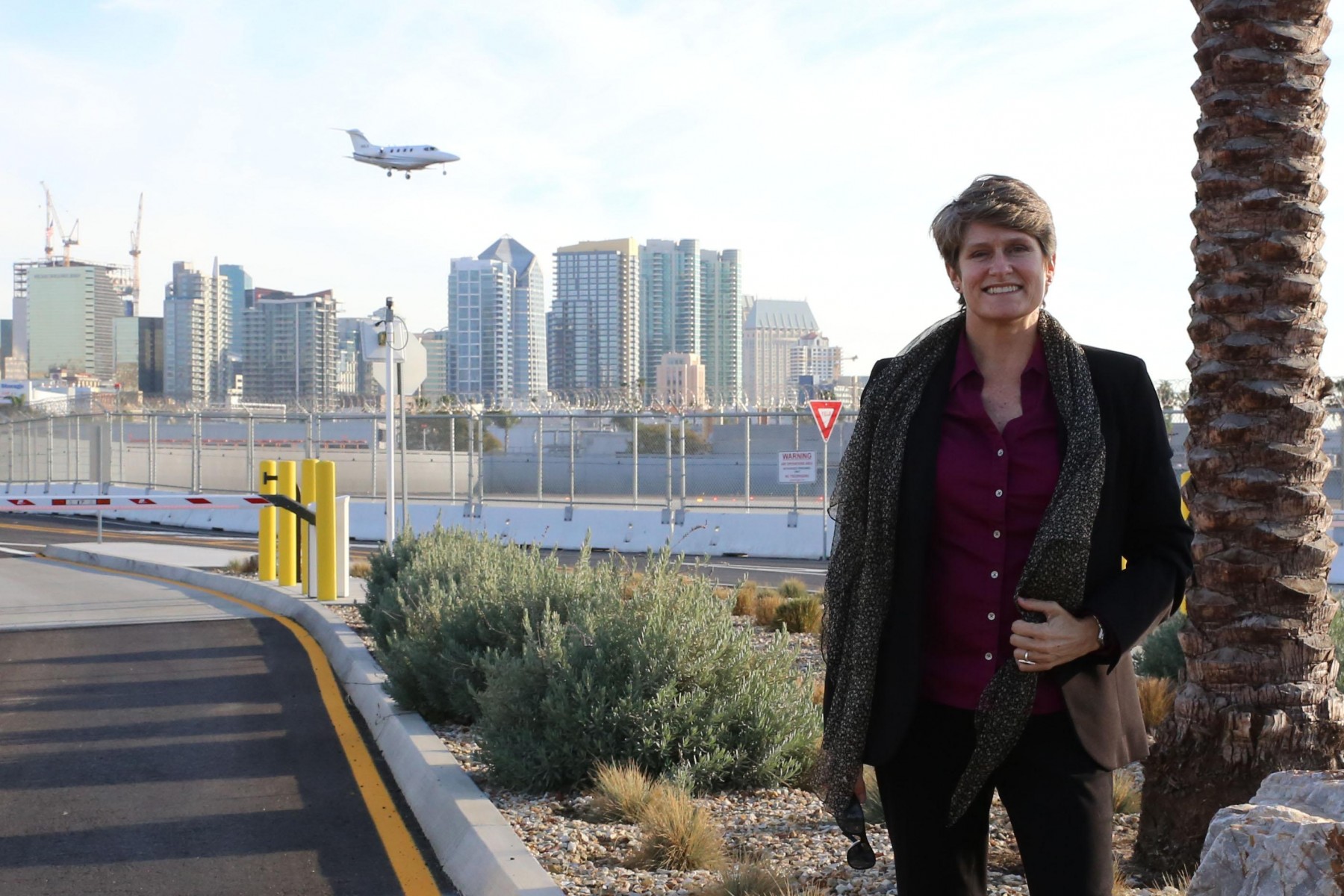 There’s a difference between an international business and one that is truly global. Just ask Anne Randerson, a California State University San Marcos professor who teaches cross-cultural business communication.

She should know. Randerson has lived abroad for 25 years in Belgium, Japan, Spain and France, speaks six languages fluently and leads seminars for expatriates trying to acclimate to new surroundings around the globe.

“Understanding cultural differences is vital if you want to do business in other countries,” said Randerson, who began teaching at CSUSM in the fall of 2013. “A lot of companies want to be international, but they have to understand that each country is unique with its own culture and its own people with a different mindset than what you may have here in the United States.”

“Anne’s experiences and skills in the classroom are vital to the goals of CSUSM,” said Elizabeth Matthews, an associate professor who chairs the University’s global studies department. “Her international experience brings an important dimension to the classroom. She is a strong supporter of global education and adopts varied pedagogical techniques to best reach students from all backgrounds. Her cultural sensitivity, commitment to student learning and creativity in the classroom are among her greatest strengths.”

She’s also versatile. Randerson has taught in the College of Business Administration and the Department of Communication in addition to the Department of Global Studies. Courses on her CSUSM resume include: Management in Different Cultures; Perspectives in Globalization; Cross-Cultural Negotiation and Global Business, Global Economy, Politics and Society – Global Perspectives; and Intercultural Communication.

She says her students in the College of Business Administration are as dedicated as any in the world.

Which makes Dr. Randerson a perfect fit for the University.

“Anne is a wonderful colleague who brings a lot of international experience to the College of Business,” said Professor of Management Rajnandini Pillai, who also serves as executive director and founding member of the University’s Center for Leadership Innovation and Mentorship Building. “She is absolutely dedicated to her students and goes out of her way to support the various programs of the college.”

Indeed Randerson has been active with the Faculty Learning Community on Cultural Intelligence, the Faculty Mentoring Program and the LGBTQA Faculty and Staff Association. In addition, she has worked with representatives from CSUSM, MiraCosta College and Palomar College to bring motivational speakers to the area.

Other teaching assignments include lecturing at the University of San Diego, the UC San Diego Rady School of Management and National University since returning to the States. All the while, she continues to serve as managing director of her intercultural and global leadership training and consulting firm, Cross Cultural Horizons.

An International Journey to CSUSM

Her journey to CSUSM was a circuitous one. Born and raised in San Diego, Randerson earned her B.A. degree in French from the University of California, Davis, and her M.A. and Ph.D. degrees in Human Life Studies from Koriyama Women’s University in Japan. Photos from her book, Scenes of Japan, have been exhibited in numerous locations, including the Japanese and American Embassies in Brussels, Belgium.

She was working in the Brussels branch of Euronext, a pan-European stock exchange, in charge of corporate office translations, but found herself without a job during cutbacks when it merged with the New York Stock Exchange Group in 2007.

That’s when Randerson utilized her bounty of transferable skills to begin working for herself, consulting with and training expatriates living in Brussels.

“Belgium is a very complex society for foreigners to understand sometimes,” she said. “There are three national languages, French, Dutch and German. The people are very humble. It’s also a Catholic country, and people spend their Sundays with their family. Almost all stores are closed. It’s even illegal to mow your lawn on Sunday because the noise might disturb your neighbors.”

Soon her business expanded to include working with international executives throughout Europe, Japan, Vietnam and the United States. She also taught graduate courses in Culture and Development, Leadership, Project Management and Communications at Boston University in Brussels, in addition to leading seminars at institutions such as the European Commission, the European Training Institute and the International School of Protocol and Diplomacy in Brussels.

When Dr. Randerson decided to return to San Diego County in 2012, Cal State San Marcos was at the top of the list of potential employers.

“The University is very diverse,” Randerson said. “I thought, if I’m moving back to California, I want to work in a university where diversity appreciation is not only a priority, but an opportunity for growth and understanding on a global scale. CSUSM is a perfect environment for me to continue my cross-cultural communication and business research in a local and international context.”