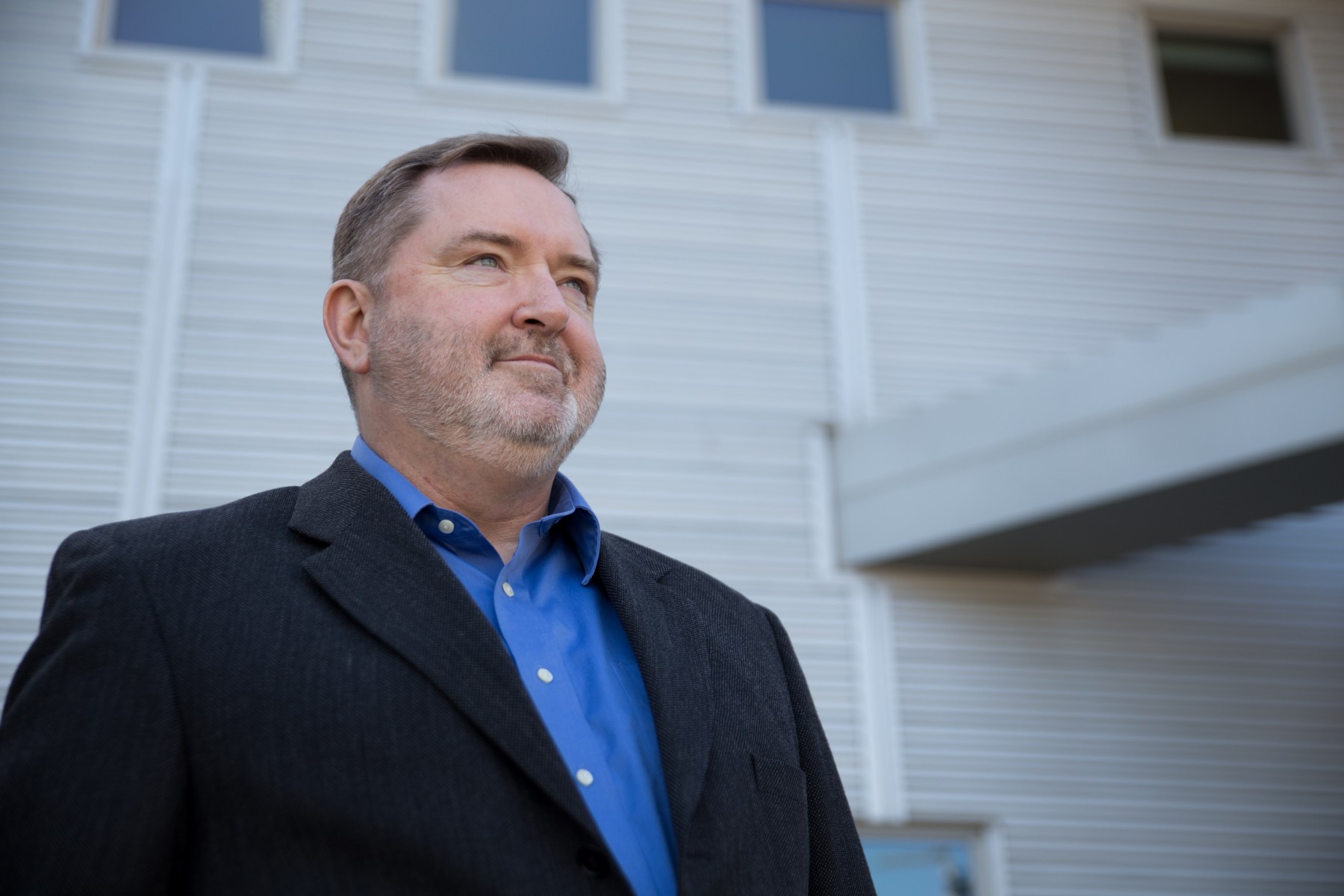 Ed Ashley has been named associate vice president for CSUSM at Temecula.

By his own definition, Ed Ashley is a connector. That’s what ultimately drew him to education from the high-powered world of management consulting.

“I am a dot connector,” he says. “I connect dots in all combinations, whether that’s student to community, faculty to community, community to community. The ability to help students find mentors, jobs, references, informational interviews … I just love doing that.”

On July 1, 2019, Ashley brought those skills to Temecula, where he was named associate vice president for CSUSM at Temecula. At California State University San Marcos since 2014, Ashley’s first position was as director of business community relations in the College of Business Administration (CoBA), where his responsibilities included the Senior Experience program, business development, fundraising and strategic partnerships. He also served as a lecturer for CoBA. Most recently, he founded and led CoBA’s Office of Business Research and Analysis.

“Cal State San Marcos is committed to Temecula and to the Southwest Riverside region,” Ashley says. “This new position was established with the intent to grow the facility, become more immersed in local industry and explore new ways to engage with the community.”

Packing up his office in San Marcos before the move, Ashley looked around his spare surroundings and pointed to an empty bookcase.

“Those top two rows were just strategy books. That’s the world I came from when I was a management consultant and we would do strategies for companies, mergers, acquisitions and outsourcing. The third row was all books on the education industry,” says Ashley, who is currently reading a book on alternative campuses.

Fittingly, he had a foot in both worlds for more than 20 years: management consultant and college lecturer. Along the way, he earned an MBA in Strategy/Management from CSUSM in 1999 and soon after began teaching in the program. He completed the Executive Program in Leadership at Stanford University in 2002.

When one firm Ed worked for had three CEOs in a single year, he contemplated his choices.

“I came to a fork in the road. Did I want to do more of the same or was I more passionate about education?” he asked himself.

That was in 2014. Ashley, the connector, reached out through his network to CSUSM and it wasn’t long before he was back at his alma mater, this time running the Senior Experience program. Today, Ashley brings the extensive skills he has cultivated from his dual career to serve the campus and the community in Temecula. It’s not a new community for him. Not only has Ashley taught in Temecula, but he has linked students with area businesses for Senior Experience and he has overseen student research projects with local industry through the Office of Business Research and Analysis.

“I don’t look longingly over my shoulder at industry,” Ashley says about his move to academia. “I am passionate about education and I can’t wait to see what we can do here in Temecula.”