How Two Mothers Inspired a Gift 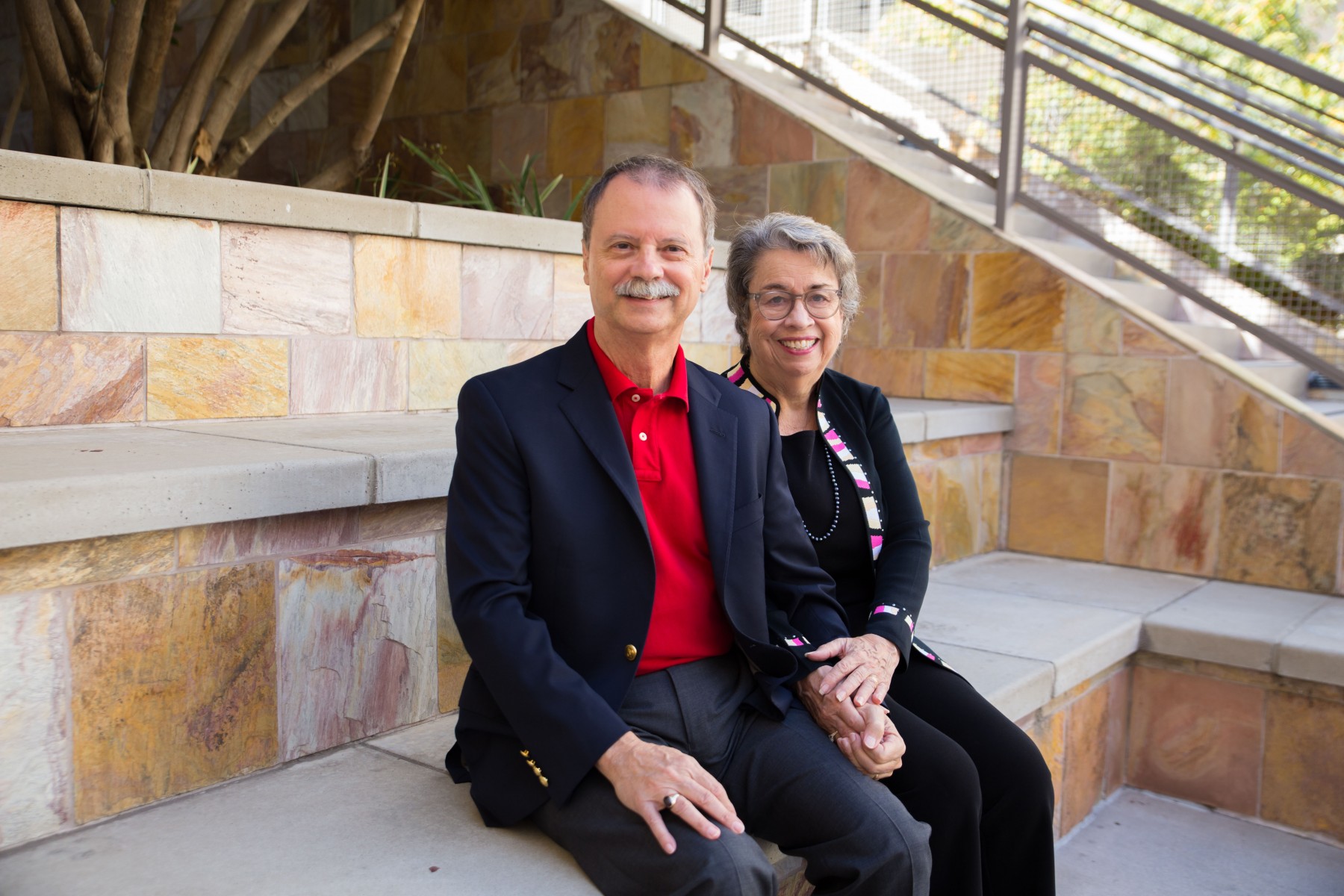 José and Stella Clark
Stella and José Clark established the Consuelo Teichert and Celia Pineiro Endowed Scholarship at CSUSM. The scholarship honors the memory of each of their mothers and is awarded each semester to students pursuing a bachelor’s or master’s in Spanish. Photo by Christine Vaughan

Stella Clark once had a student who was forced to sneak into his grandmother’s nursing home at night to sleep on the floor because he had nowhere else to go.

Clark, who founded the Modern Language Studies department at Cal State San Marcos, recalls many students who struggled to make ends meet while they attended college.

“The Cal State schools have a lot of students who work incredibly hard just to stay afloat,” she said. “A lot of them have no support system, they’re the first people in their families to go to college. They have a need through no fault of their own.”

Stella and her husband, José, have found a way to help some of those students in need by establishing the Consuelo Teichert and Celia Pineiro Endowed Scholarship at CSUSM. The scholarship honors the memory of each of their mothers and is awarded each semester to students pursuing a bachelor’s or master’s in Spanish. The first scholarships were awarded this fall to Rocío Flores and Nancy Martínez.

“We wanted to help somebody who may have to quit college because he or she could not afford the books,” Stella said.

Stella was part of the second group of faculty hired at CSUSM, starting in 1990 and retiring in 2008. José worked as a San Diego County librarian before retiring 13 years ago.

Stella’s mother, Consuelo del Valle Teichert, was the daughter of a Mexican politician. Consuelo eventually immigrated to the U.S. and earned her bachelor’s, master’s and Ph.D. at the University of Mississippi – all while raising three children. After Consuelo’s children were adults, she moved with her husband to Florida where she taught Spanish and Italian at a community college.

José’s mother, Celia Yániz Pineiro, studied journalism in Cuba and became a columnist for one of Havana’s major newspapers, Presna Libre. When Fidel Castro came into power, Jose was sent to Miami and Celia soon followed. She eventually relocated to Kansas and taught high school Spanish. After retiring from teaching, she returned to her first love of journalism. She worked as an editor for a local Spanish newspaper and later became a local celebrity as the author of “Ask Celia,” a column she wrote for the Dodge City Star newspaper.

Consuelo and Celia became close friends through their children. Stella and José said that though their mothers came from different countries and backgrounds, they had much in common. Both immigrated to the U.S. under difficult circumstances, overcame challenges to improve their lives and had a lifelong passion for education.

“There was no question in our childhood growing up that we were going to go to college,” José said. “It wasn’t even discussed. This is why it’s so important for us to give back and establish this scholarship in their names. If they are up there somewhere watching us, I think they are smiling.”

How Two Mothers Inspired a Gift