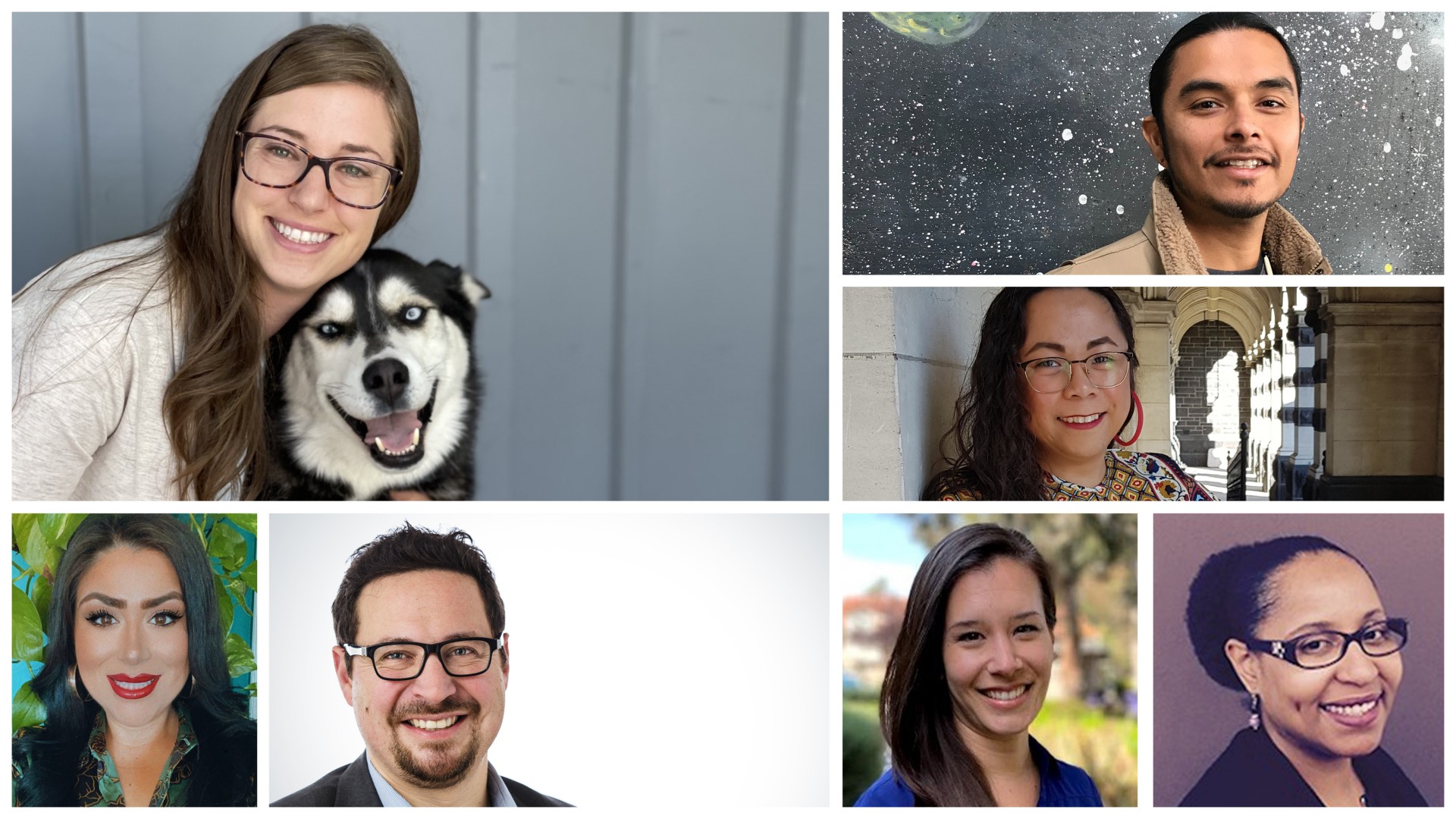 The Cal State San Marcos faculty has grown more diverse this semester. A new program at the university helped make it that way and will do its best to keep it that way.

Seven new professors are on campus this fall as CSUSM has joined the ranks of universities across the country that are instituting cluster hire initiatives. Cluster hiring is the process of adding new faculty in groups rather than individually, with a goal of building up the research interests and pedagogical concerns particular to people of color.

“When a single person who’s interested in diversity issues gets hired, they’re often the lone voice,” said Andrew Spieldenner, a communication professor at CSUSM. “So the idea is to build up a cohort that has a stronger voice together, and that these cohorts also would be able to share best teaching practices, publish together, do things to enrich the campus life.”

In addition to his teaching role, Spieldenner is a faculty fellow in the Office of Inclusive Excellence, which is directing the cluster hire initiative, a recommendation from the Faculty of Color workgroup. A couple of years ago, Spieldenner and Ranjeeta Basu -- then the interim provost and later the interim chief diversity officer -- began the push to diversify the faculty in this manner, but the effort  accelerated when Carl Kemnitz started his tenure as provost in the summer of 2020.

Kemnitz was a big advocate of cluster hires, having managed them at his previous job at San Jose State, and was eager to see the initial one implemented at CSUSM. With the blessing of President Ellen Neufeldt, he threw resources behind the initiative, and it all came together this year.

The seven new faculty members represent two of the four colleges on campus and six different departments (see bios below). Their areas of expertise range from ethnic studies to biological sciences.

After helping to shepherd the cluster hire initiative into existence, Spieldenner is on sabbatical this semester. Taking over day-to-day management of the program is sociology professor Lori Walkington, who began over the summer by planning events designed specifically for the cohort through the New Faculty Institute, an orientation organized by the Faculty Center at the start of each school year. Walkington also will be meeting with the cluster hires monthly for their first year on campus.

“We do a good job of recruiting people of color, and not such a great job of retaining people of color in multiple positions,” Walkington said. “I’m welcoming this cluster into the village that we are hoping to set up for them so they can plant roots and we can keep them here for our students. We need to have faculty who remain.”

A unique aspect of the program is an interdisciplinary research project that the new professors design, collaborate on and gather grant funding for.

“I’ve been hearing some really promising and creative ideas for how to implement ethnic studies in STEM courses from this cluster hire already,” Walkington said. “To have these diverse disciplinary offerings in the same space, doing critical approaches to this work and feeding off each other is already sparking types of knowledge that I don't think would be possible from a group of new faculty if they weren't part of a cluster like this.”

Both Walkington and Spieldenner praised campus leadership for taking concrete action that lives up to the diversity pledges in CSUSM’s mission statement.

“More has been done toward that mission statement since 2019 than I have ever seen,” said Walkington, who earned a bachelor’s degree from CSUSM in 2005 and a master's in 2011 before returning to the university as an assistant professor three years ago. “I think that the new administration is a big part of that. Something is different, and I’m here for it.”

Allen, who has been in the chief diversity officer position since July, said the knowledge that the cluster hire initiative was in the works helped reinforce to him that he made the right decision in deciding to join the university.

“What we're doing with this initiative is transforming the institution to move in the direction of and fulfill the promises that we have committed to,” he said. “It's as simple as that. It doesn't happen unless the faculty lead the way, and that's what's happening right here.” 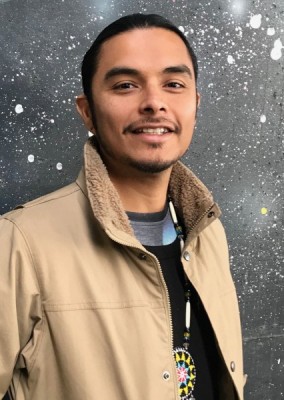 Garzo Montalvo (he/they) is a musician, dancer and ethnic studies scholar-activist. He is a first-generation Chilean-Canadian-American of Mapuche and Spanish descent. They hold a B.A., M.A. and Ph.D. in comparative ethnic studies from UC Berkeley, and were a community college transfer student from MiraCosta, Cabrillo and San Diego City colleges. Their teaching and research focus on comparative and critical approaches to Black, Indigenous, Latinx and Xicanx studies as well as dance and performance studies. Before coming to CSUSM, Garzo Montalvo served as visiting assistant professor of Latinx studies in Harvard University’s Committee on Ethnicity, Migration, Rights (EMR), and as the coordinator of Indigenous technologies at the Berkeley Center for New Media. 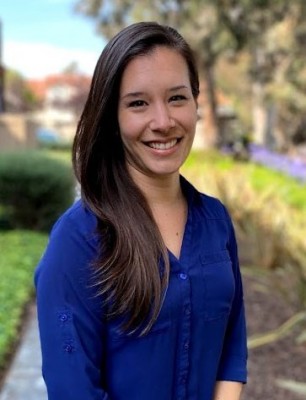 Graves earned a Ph.D. in 2019 from the SDSU/UC San Diego Joint Doctoral Program in Clinical Psychology, with a major area of study in neuropsychology. She is a licensed psychologist in the state of California, and has extensive experience in neuropsychological assessment of adults with known or suspected neurological dysfunction, including mild cognitive impairment and dementia within the context of neurodegenerative disease, cerebrovascular disease and traumatic brain injury. Her current research program includes examining influences of risk and protective factors on cognitive, functional and biomarker trajectories, particularly among culturally diverse and historically underrepresented populations. 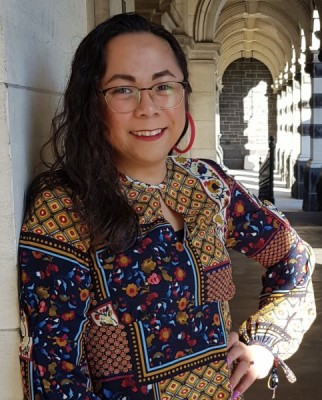 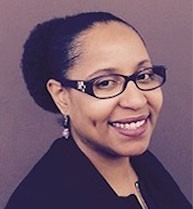 Monterrosa’s areas of specialization address racialized gender-based violence, the criminal-legal system, state violence and the health implications of racism. As a community-based scholar who centers the experiences of racial-ethnic marginalized communities, her research and teaching pedagogy emphasizes structural and cultural competence and intersects with community and service work to promote social justice and health equity. Her work has been published in the Journal of Interpersonal Violence, Feminist Criminology, and Rutgers Criminal Law and Criminal Justice Books. 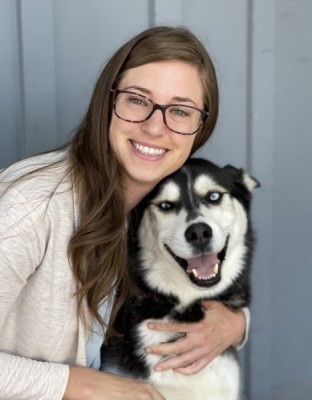 Rice’s research program investigates the nature of teaching and learning science in university and K-12 settings, with a specific focus on making science more inclusive for all students. She is interested in understanding student and faculty perceptions and experiences in university science classrooms, the influence of peer learning assistants in STEM courses, and how mentorship of K-12 students may influence their trajectory into STEM disciplines. 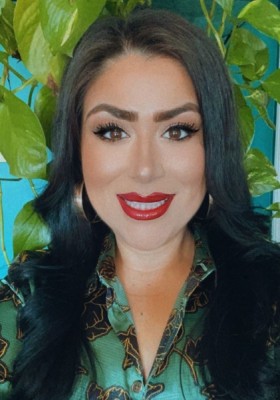 Salinas received her Ph.D. in sociology at UC Santa Barbara with a race, ethnicity and nation concentration and Black studies emphasis. Connecting the experiences of formerly incarcerated Latinas to Latina professors with Ph.D.s from carceral communities, her research seeks to disrupt the exceptionality and disposability continuum by interrogating how neoliberal institutions utilize mechanisms of social control to socially reproduce inequality for Latinas. Salinas received bachelor’s degrees in sociology and Chicana/o studies from UC Santa Barbara and a master’s in sociology from San Diego State. 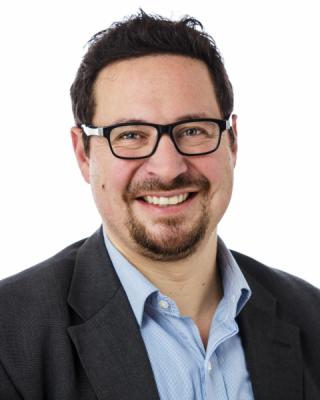 Trevan recently completed a one-year tenure as a visiting scholar of innovation, business and economic policy for tribal nations in the California Indian Culture and Sovereignty Center at CSUSM. He also was a tenure-track faculty member for the Master of Public Administration (MPA) program at Evergreen State College in Olympia, Wash. He is an economist who specializes in local and tribal economies and economic policy. He earned a Ph.D. in local and tribal economies from Arizona State University, a master's in public administration from Central Michigan University and a bachelor's in public administration/economics from Western Michigan University. He is a tribal citizen of the Match-E-Be-Nash-She-Wish Band of Pottawatomi Indians, Gun Lake Tribe.