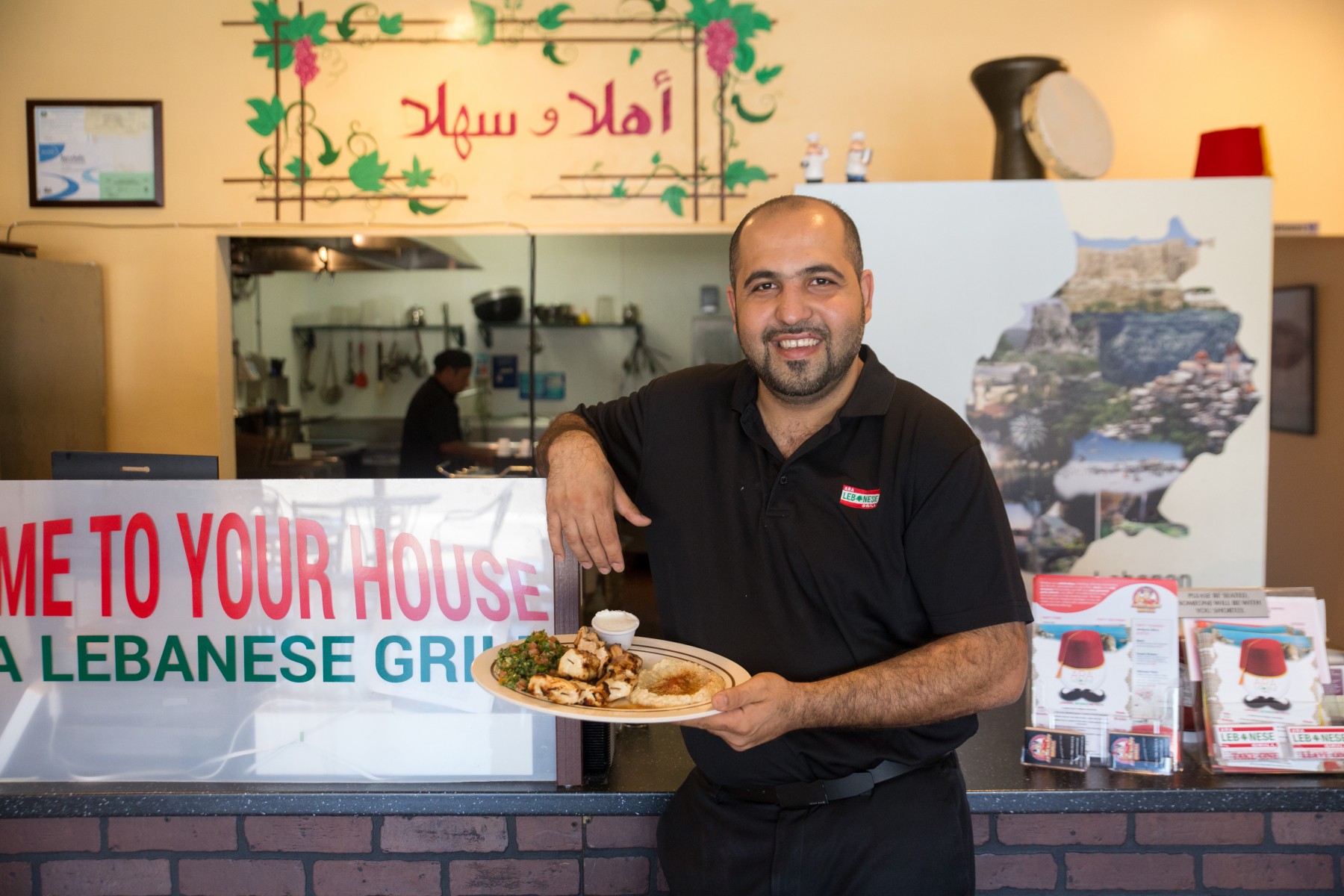 Ara Merhi didn’t start working in the restaurant industry because he entertained dreams of one day becoming a chef or owning his own restaurant.

It simply worked well with his school schedule.

But a combination of drive, work ethic and his time studying in Cal State San Marcos’ College of Business Administration helped him open Ara Lebanese Grill on San Marcos Boulevard.

While the restaurant business is notoriously difficult, Merhi has used the lessons learned both from CSUSM and his many years as a restaurant general manager to thrive since opening Ara Lebanese Grill in 2014.

“For me, I know the restaurant is three compartments – there’s a front, back and office,” Merhi said. “Front is the customer service. The back is the good food. The office is knowing how to manage your paperwork.

“If you know those three compartments – front, back, office – if you’re successful in those, it’s easy. If you’re missing one of them, you’ll close in the first three years.”

Merhi came to the United States from Lebanon in 2004 with his parents and three younger brothers when he was 18. He spoke no English at the time, but he learned quickly.

“I had no choice,” he said. “Either I had to learn English fast or I would be in trouble because no one speaks Lebanese around here.”

Merhi enrolled at Palomar College and worked at a gas station for about six months before becoming a host at Denny’s. Within a year he was a restaurant manager, putting in 60-hour work weeks while attending school full time.

Working in the restaurant business allowed him to attend school in the mornings while having his afternoons and evenings open for work.

Merhi took English as a Second Language classes at Palomar, though he notes that it’s actually his third language. He said his second language, French, helped him pick up English faster. He earned associate degrees in both business administration and arts and humanities before transferring to CSUSM.

Merhi entered CSUSM as an accounting major, but switched to finance when he realized accounting didn’t suit his desire to interact with customers.

It was while taking a prerequisite for CSUSM’s Senior Experience Program that Merhi, who was still managing a Denny’s, was inspired to open a restaurant of his own. He was already well-versed in managing a restaurant and he knew he could rely on his mother’s superior cooking skills.

“By the final, I handed the professor my business card,” Merhi said. “I was working really hard to open this place.”

The restaurant has proven to be a great success. One of the pleasant surprises for Merhi was the popularity of the restaurant’s garlic sauce, which is called Garlic Addiction based on an enthusiastic customer’s description of it. The sauce is typically served with chicken, but customers soon began asking for it to complement other menu items.

Ara Lebanese Grill now sells jarred Garlic Addiction and Merhi is working with Costco in hopes of being approved to hold a Roadshow at one of the retail giant’s warehouses.

While the restaurant keeps Merhi busy, he still found time to open another business recently, Ara’s Party Rental, which offers a wide variety of services and equipment rentals. Though he originally planned to expand his restaurant business, Merhi decided to focus on a complementary business that could rely on a manager for day-to-day operations and didn’t require his daily presence. Not to mention there aren’t many hours left after the 90 or so he spends each week at the restaurant.

Merhi has seven restaurant employees and even hired an assistant recently to help take care of some of the tasks that he is able to delegate. His wife used to work with him at the restaurant, but is currently focusing on their son, who was born last year.

Merhi may also turn to CSUSM to help him further improve his restaurant business. He has been looking into having the restaurant be part of the Senior Experience Program.

“When you’re on the ground level all the time, there’s stuff you will miss,” he said. “Since it’s an outside group, people will see something you’ve been missing or don’t see. You might see something as perfect, but they can see the imperfections. They see things you don’t see because you’re used to it. Senior Experience can help address mistakes and find improvements that can be made.”