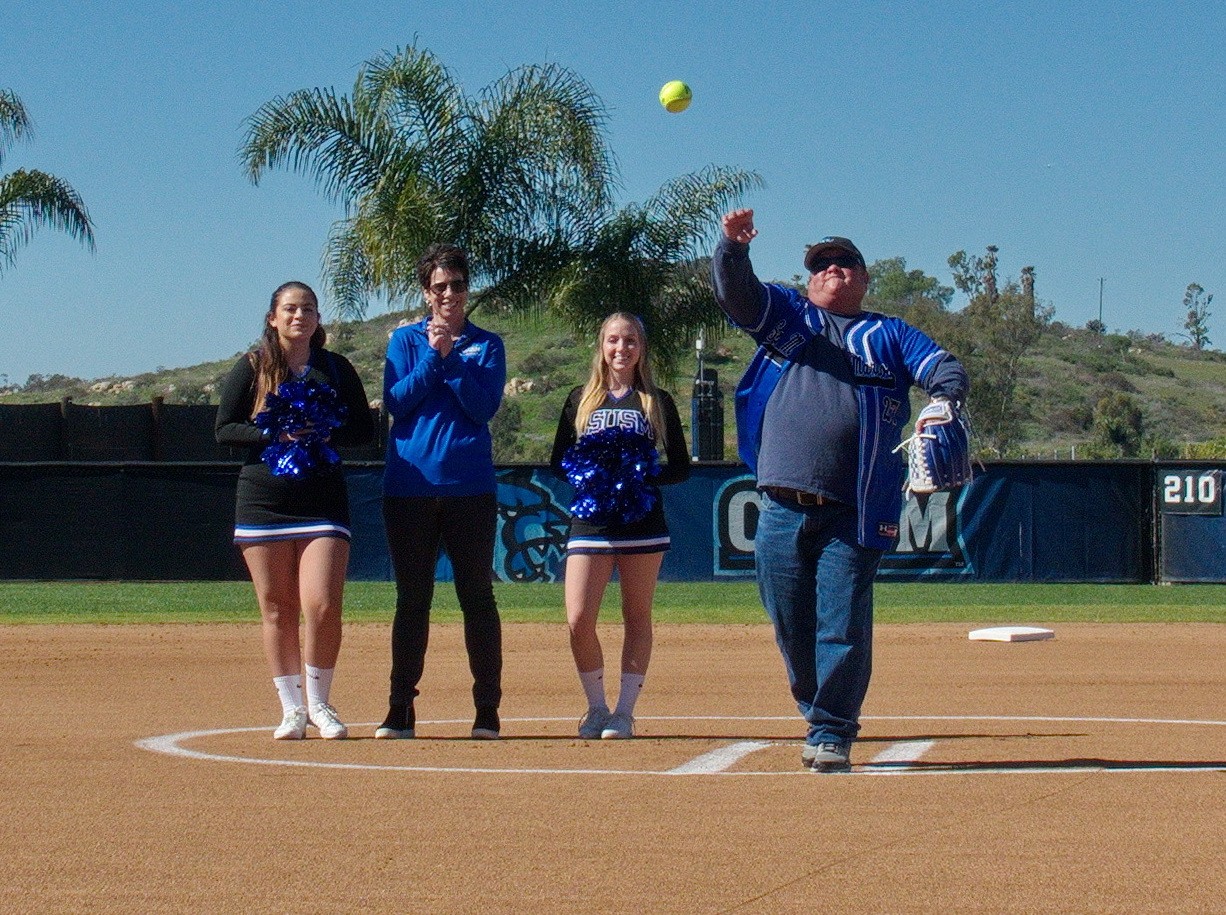 Fox Russell throws out the first pitch at a CSUSM softball game.

Fox Russell visited Cal State San Marcos on Nov. 27, 2018 to sign paperwork for an endowed scholarship in honor of his late parents.

The trip ended with an unexpected gift that is still being celebrated nearly a year later.

Before Fox left campus on that November day, he decided to make an additional gift as part of CSUSM Giving Day, held each year on the Tuesday following Thanksgiving in support of students and university initiatives.

Much to the surprise and delight of the Department of Athletics, Fox made a $100,000 gift to provide scholarships for female student-athletes at CSUSM.

“I know how much women’s athletics are often overlooked,” Fox said.

Fox’s ties to CSUSM go back more than a decade – first as a student, then as a longtime employee.

Fox received in associate degree from San Diego City College, attended Coleman College and worked in the computer field for many years before deciding to return to school and attend CSUSM in spring 2006. As a student, Fox got a job right away working in CSUSM’s Instructional and Information Technology Services department. By the summer, it became a full-time opportunity.

Though Fox eventually decided to focus on work and didn’t receive a bachelor’s, he still feels a deep devotion to CSUSM more than five years after retiring from the university.

“I am so in love with the school,” Fox said. “And I’m so happy with all the growth and everything accomplished since I worked there and went to school there.”

In addition to his contributions to athletics, Fox established the Ralph and Holly Fox Endowed Scholarship for Teaching to be awarded to students who demonstrate financial need and whose career objective is to become a teacher. The scholarship honors the memory of his parents, who were both school teachers in Los Angeles.

“They were everything for me,” Fox said. “They gave me a great life.”

In June, Fox participated in the annual Cougar Scramble Golf Tournament, which benefits the CSUSM Athletic Scholarship Fund, and he is looking forward to attending his first volleyball and basketball games this year.

“Fox has not only provided financial support for our female athletes, but has been a constant friend of our entire athletic department over the years," said Director of Athletics Jennifer Milo. "We are grateful for his dedication to CSUSM Athletics and are proud to have him as part of the Cougar family.” 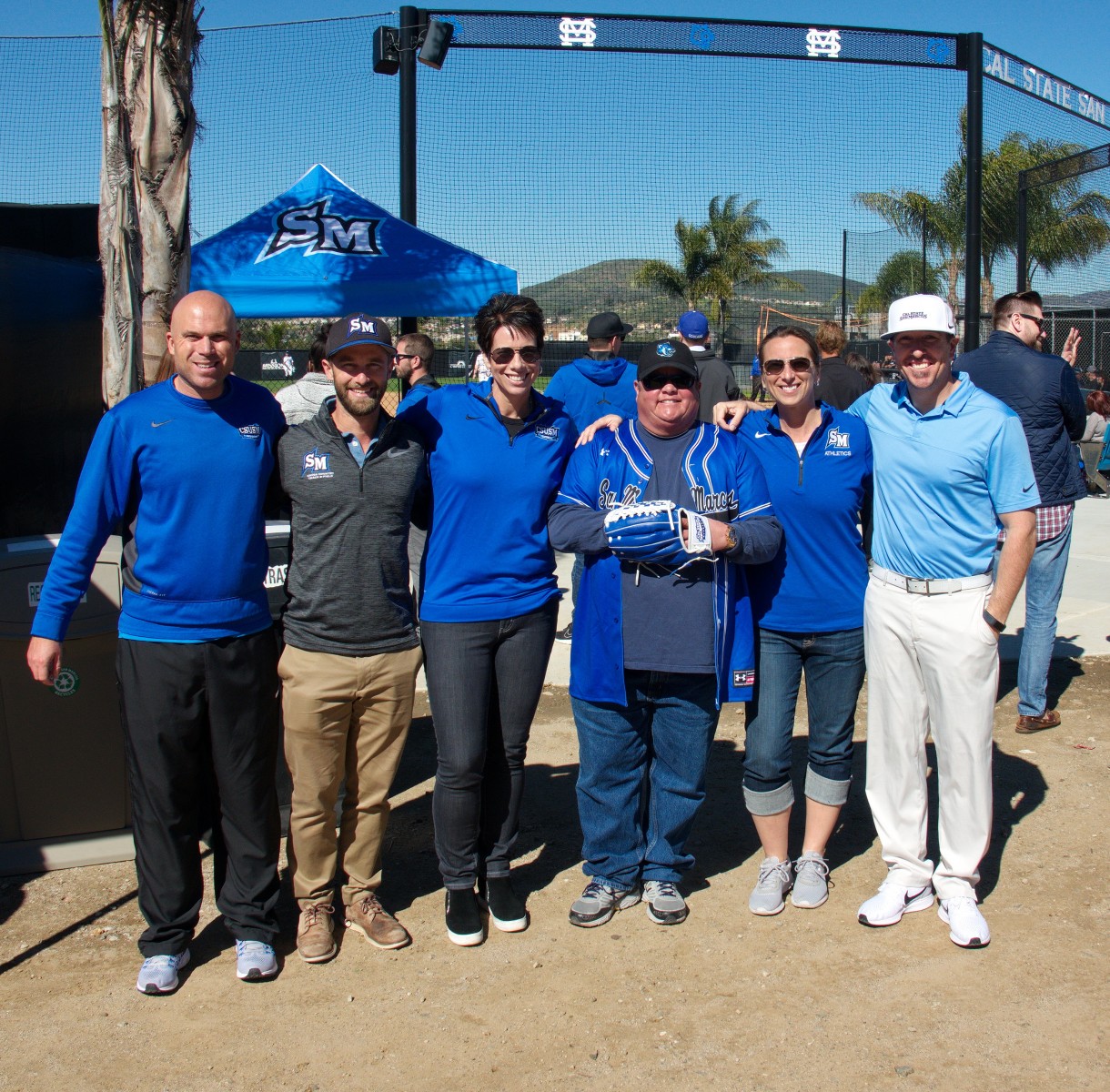 Steve Wagner, the president and co-founder of Stone Brewing, and his wife, Laura, have given $1 million to Cal State San Marcos to establish funding to support social mobility, one of the core tenets …
Read more

Russell Low was in the hospital late last summer, recovering from a mysterious infection that nearly killed him, when he began to think of himself as a ripple. Ripples and their far-reaching effects …
Read more

A love of history is in the genes for MJ Teater. Both of her grandfathers studied the subject in college, and her mother devours dense texts about such arcane topics as medieval English …
Read more
NewsCenter