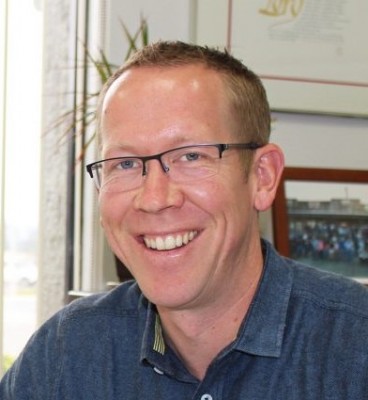 “Dr. Aleshire had a vision for a network of connected, informed and engaged community leaders working in partnership to strengthen our communities,” Anglea said. “Cal State San Marcos’ Leadership North County program brings that vision to life for new leaders each year. It’s truly an honor to be recognized for the good work Interfaith Community Services has been able to accomplish, in a way I believe would make Dr. Aleshire proud. The Leadership North County Network helped Interfaith Community Services work throughout the community last year to end and prevent homelessness for 1,198 of our neighbors, and supports our new goal to end and prevent homelessness for another 2,019 people by the end of 2019.”

Anglea has served as Interfaith’s CEO since 2014. During that time, he has overseen the creation of the Hawthorne Veteran and Family Resource Center, a recuperative care program for homeless exiting hospitals; the launch of a new regional system of care for all people experiencing homelessness, bringing together more than 30 community agencies in partnership; the opening of Haven House, North County’s first year-round emergency homeless shelter for both men and women; and the launch of recovery and wellness programs to address addiction and mental health issues.

Anglea first joined Interfaith in 2006 as a volunteer coordinator and faith liaison, and he went on to serve as the director of development for five years. He also has been the director of major gifts at Cal State San Marcos.

Anglea holds a master’s degree from the University of San Diego in leadership and nonprofit management and a bachelor’s from UC San Diego in political science.