Rising Above: Biology Student Aims to Help Others 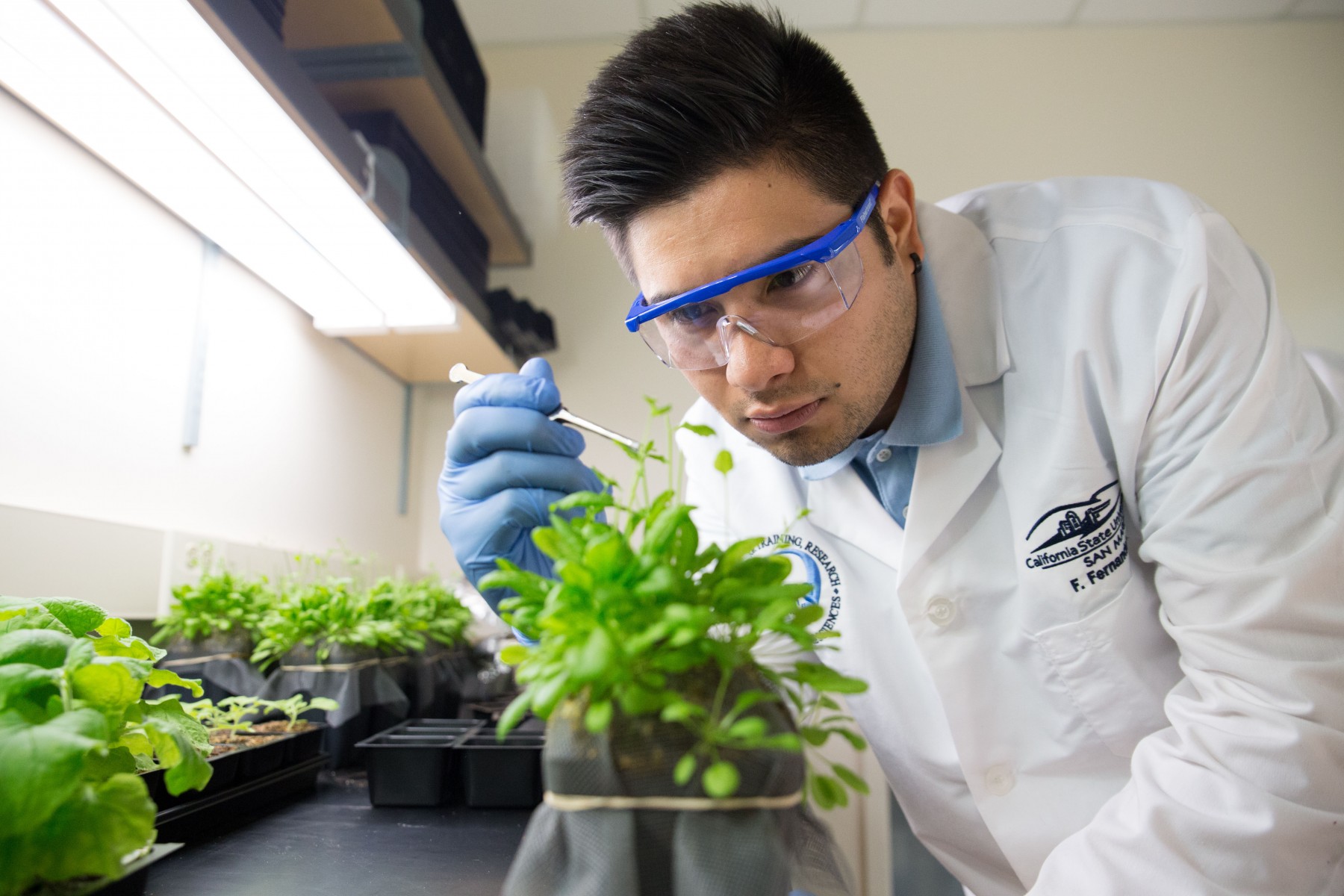 As he enters the final stretch of a seven-year journey toward his bachelor’s degree, Francisco is determined to help others from his hometown of Zapopan, Mexico, follow a similar path to college.

Even if it means helping to pay for it himself.

Francisco, a senior molecular and cellular biology student at Cal State San Marcos, regularly sends money to his mother in Lomas de Tabachines, a community in the northeast part of Zapopan, which is about 1,400 miles south of Tijuana. She then distributes it to children in the community who are doing well in school.

It is typically just $5 here or $10 there, but the nominal amounts of money aren’t nearly as important as the gesture. Francisco will do whatever he can to inspire people from his hometown to pursue an education.

“If I get one kid to go to college over there, I’m happy,” Francisco said.

Francisco isn’t just helping financially, he’s setting an example through his actions. In September, his efforts were recognized at the California State University Board of Trustees meeting in Long Beach where he was presented with the CSU Trustees’ Award for Outstanding Achievement. The award is given annually to one student from each of the CSU’s 23 campuses who demonstrates superior academic performance, personal accomplishments, community service and financial need.​​​

It’s been a remarkable journey for someone who arrived in the United States a day after his 18th birthday knowing just one word of English – “Hello.” 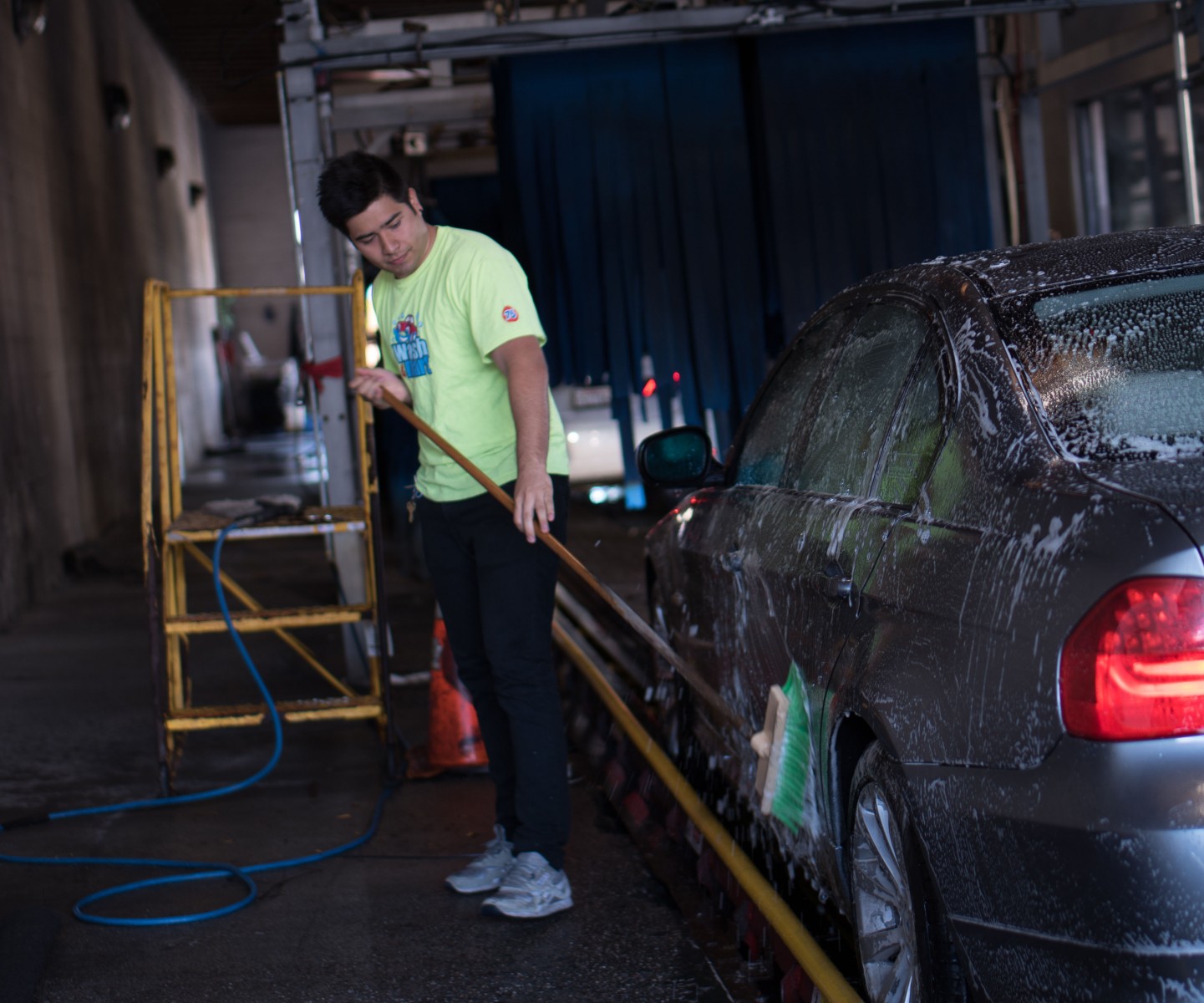 As a teenager, Francisco said he was constantly told he wasn’t smart enough or wealthy enough to attend college. Rather than discourage him, it fueled a desire to pursue an education and help his family. To do that, he knew he had to leave Zapopan.

“My high school years in Mexico are just a blur,” he said. “I didn’t know how to be a student. I wasn’t mature enough to be a student and I didn’t do well.”

Francisco was born in the U.S., but his parents moved back to Mexico when he was an infant. He returned some 18 years later, in September 2011, and moved into the garage of an uncle who lives in Escondido. Almost immediately, Francisco began taking night classes to learn English. He got a job at a car wash – the same business where his parents worked two decades earlier – and eventually settled into a schedule that had him working 16 hours a day three days a week so he could attend community college Monday through Thursday.

Trying to learn English, not to mention the intricacies of higher education, while taking courses at Palomar proved challenging. Francisco didn’t know what a credit class was, didn’t know about choosing a major and didn’t know the first thing about writing an essay.

“I literally didn’t know anything,” he said. “Luckily for me, there’s a lot of people who speak Spanish at Palomar and I got a lot of help.”

Though Francisco was able to get some direction from advisers, he still cringes when thinking about his early struggles in class. As his English slowly improved, Francisco took his first science course at Palomar. It proved to be a life-changing experience.

It was in Jim Gilardi’s biology class that Francisco learned about the North San Diego County Bridges to the Future Program, a partnership between CSUSM, Palomar and MiraCosta to help prepare underrepresented students for a seamless transition to a four-year university and a career in biomedical sciences.

The program includes a stipend for students, which allowed Francisco to ease up on the number of hours he was working each week and spend more time focusing on his classes and research.

Another door opened after he transferred to CSUSM when he learned about the Office for Training, Research & Education in the Sciences (OTRES) and was accepted into MARC U*STAR, which prepares qualified underrepresented undergraduate students majoring in the sciences to enter and succeed in doctoral studies. Only five new scholars are admitted to the program each year. The accompanying program stipend allowed Francisco to quit his outside jobs and focus completely on school. With more time to devote to his studies, his grades skyrocketed.

Francisco was chosen for a summer research program at Marshall University in 2016 and completed a stem cell summer program at the University of Texas Southwestern Medical Center in Dallas in 2017. The experience in Dallas led him to put UT Southwestern among his top choices for pursuing his Ph.D. 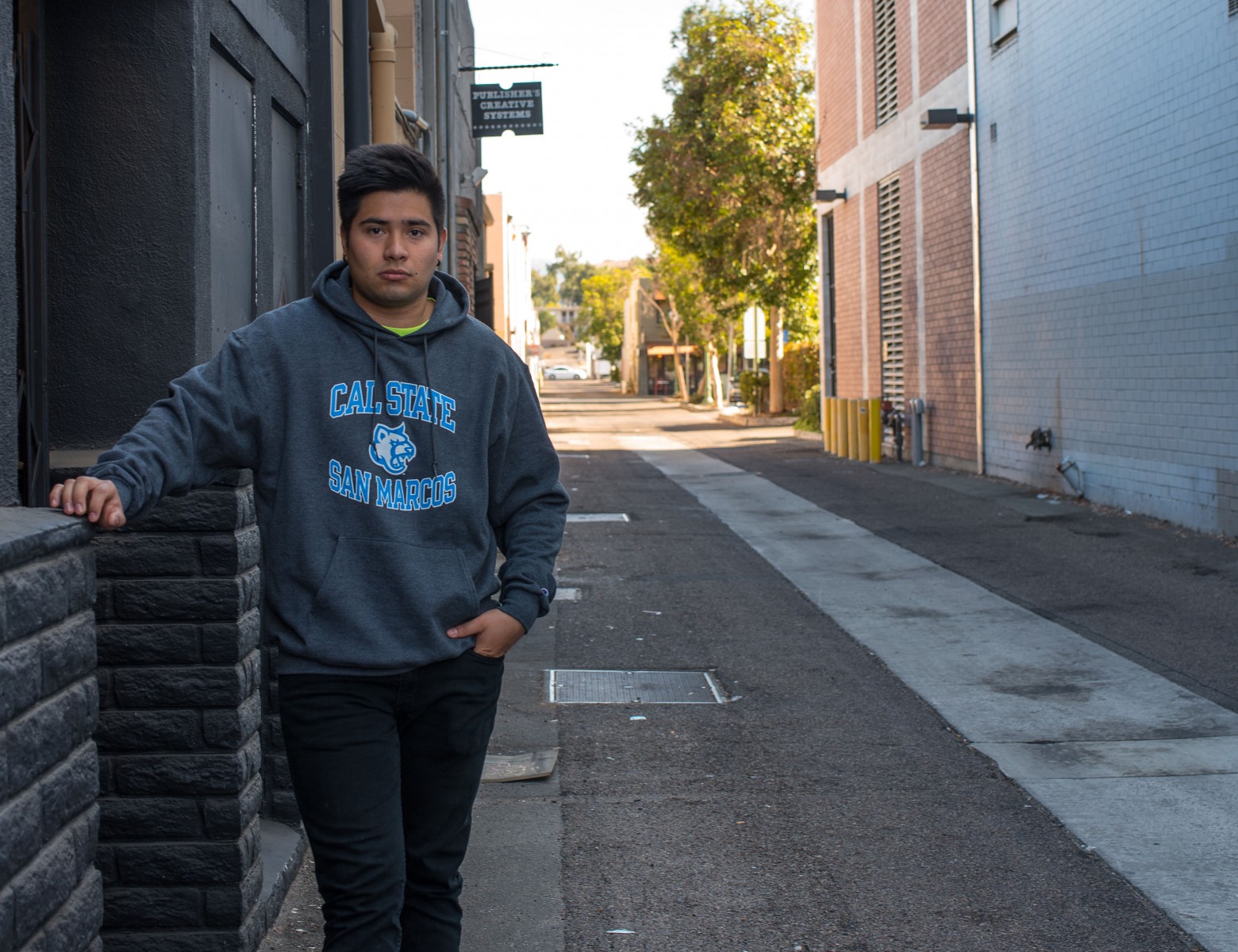 Francisco doesn’t get back to Zapopan often. It’s a long, expensive trek, so he only visits every two years or so. But he communicates daily with his family via Facebook. His parents tell him about the people in his community who are keeping tabs from afar, invested in Francisco’s success as if he were their own son.

It’s similar to the reaction he receives when he visits the car wash where he used to work.

“Now when I go to the car wash people ask if I’m doing my best and say, ‘Show them you can do it,’ ” Francisco said. “I have a lot of people who believe in me, here in the U.S. at the car wash and in Mexico in my community.

“I’m pretty lucky. I come from humble beginnings, but when I was hungry, I always had food. Even though I struggled a lot, I consider my life as being easy. My parents are alive, I have all my limbs, I can see. I’m lucky. I want to help people who haven’t been as lucky.”

Rising Above: Biology Student Aims to Help Others